Will legal system be changed to address compensation culture?

The UK, USA and Ireland have a particular problem with a claims culture for small accidents or injuries.
This is now so serious that small business are closing such as creches, shops etc.Motorists, especially younger ones, are finding it hard to get cover and drive.Householders see home insurance rise and medical insurance claims against the HSE are making budget deficits. 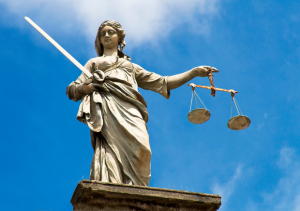 Local authorities are paying out huge sums in compensation too for footpath falls, road issues and many more.Schools and colleges are also being challenged by claims. DIT paid out a large sum to an actress for a stage fall recently.Local schools also are being hit and this affects their budgets. The list goes on.
Even local festivals are getting cancelled for insurance reasons. The Prom Fest in Tramore was affected by these changes as were many more around Ireland. The legal system is part of the claims culture, is it now time for a change to this common law system.
We have inherited this from the UK at the foundation of the state, as the legal system was modelled on the UK, apart of course from our own Constitution of 1937.We probably have good reason at this stage to change it.Given that Britain is leaving the EU, why do we continue to carry on with their legal system.In Europe, there is nothing like the massive claims culture in Ireland or the UK.
Let us look at the advantages of the European legal systems so that we can carry out their ways of compensation which are far cheaper and more efficient, compared to our huge legal delays and out of date systemThe Government would save billions at the HSE, Local Authority and Department over a few years and lift the burden,
We would have cheaper insurance if the legal stranglehold and ever-increasing costs were listed.
This is a bigger issue than water charges and even property tax as it is an unnecessary high cost for us all annually. Vested interests want it to remain the same, maybe like Brexit for the British, maybe we can do with some freedom from high insurance. But use European best practice, not current legal traditional common law practices that are out of date