Home » Opinion » Tales of the Tellurians » Will spirit of the law trump letter of the law?

Waterford FC fans, and sports people in general, were upset and angered by a belated decision by Uefa not to allow the Blues to compete in Europe despite qualifying to do so on the field of play.
After ten long years in the wilderness of Division One, Waterford finished fourth in the Premier Division in 2018. Champions Dundalk also won the FAI Cup, so fourth place was enough to qualify Waterford for European competition.The owner of Waterford FC, Lee Power, has instructed his lawyers to lodge an appeal with Uefa. He has also clearly outlined how the FAI gave the club assurances throughout the five-month qualification process that the licence would be granted. 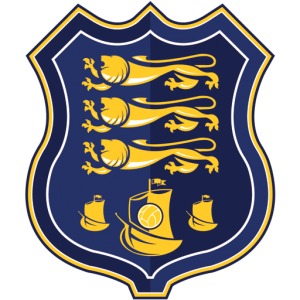 In addition, no negative issues were raised by Uefa delegates during visits to the RSC during that same period. The bottom line is that that the decision will cost Waterford FC close to €250,000, money that was expected to be paid in a few months time and which has been factored into the club’s budget and accounts. Failure to receive that money could be catastrophic.Waterford’s ‘crime’ is that, technically, the club does not fulfill the three-year rule (not in existence for three years) as defined in the Uefa Club Licensing and Financial Fair Play Regulations. That rule is there for good reasons that most people would agree with but, in reality, Waterford FC is only a new club on paper. And, as far as I am aware, none of the problems Uefa wanted to stamp out apply in this case. There is some talk of an individual being owed money by the old Waterford United. If that is untrue, or is sorted, then we appear to be in breach of the letter of the law but not the spirit of the law.
It will be very interesting to see what the lawyers make of Waterford’s case if it ever goes to court because there are precedents where the spirit of the law trumped the letter of the law.
The letter of the law can be defined as any formal code, rule, regulation or principle

that must be followed according to mandates or policies. In short, it is the law as it is written. In English law, much of which is still applied in this country, the Golden Rule is one of the rules of statutory construction traditionally applied by the courts. The rule can be used to avoid the consequences of a literal interpretation of the wording of a statute when such an interpretation would lead to a manifest absurdity or to a result that is obnoxious to principles of public policy. Original intent maintains that, in interpreting a text, a court should determine what the authors of the text were trying to achieve and to give effect to what they intended the statute to accomplish.Finally, there is St Patrick’s Athletic, a proud and long-established club that has enjoyed a long and sporting rivalry with Waterford FC. St Patrick’s finished one place behind Waterford in the league table in question. So far, it is not clear if the Dublin club actually precipitated Waterford’s problem by making a case to the FAI or whether, when the issue was aired, they merely reminded the FAI that, if Waterford was eliminated, they should take its place. I hope it was the latter and not the former as such a ploy would be abhorrent in the eyes of most fair-minded sports people.