Home » Opinion » Express View » WINDS OF CHANGE ON THE SURISIDE

WINDS OF CHANGE ON THE SURISIDE 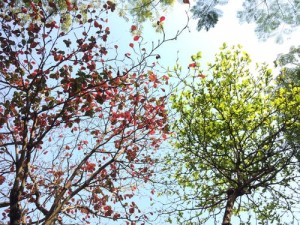 The recent insight provided to this newspaper by the pending commercial interest on Waterford’s North Quays, in addition to the Chief Executive of the Port of Waterford at Belview, provided much food for thought.
The winds of change may well be taking time to blow through this city and region, but it would appear that stronger gusts are in the offing – and not before time.
Falcon Real Estate, who will deliver the 400,000 square foot mixed use development on the North Quay, remain confident that the project will be delivered by 2022. The currently vacant site will eventually be home to a 180-bed four star hotel, 200 residential units, in addition to a new retail offering, a transport hub, prime office space and a new visitor centre. With mid-size cruise liners to continue to dock at the redeveloped site and with the new pedestrian bridge to link the city centre as well as the Waterford and (proposed) Kilkenny/New Ross Greenways, the development of a new regional hub is something we can legitimately feel some excitement about.
The recent Urban Regional Development Funding announcement of €6 million in relation to the project was, in the context of the initial €20.1m application, somewhat disappointing. However, it’s unlikely that the Government would commit funding for such a bridge without the expectation that this bridge would be connecting into a site that will be transformed in the next three or so years. Biting off the hand that we hope will feed us as part of this project’s overall delivery would be somewhat self-defeating so we’re certainly not going to go down that particular rabbit hole. We know what’s required in this instance on the State’s behalf, as indeed does Falcon and both local authorities, and it’s going to require continued and enhanced regional co-operation to get this project over the line. Collaboration is the only show in town and we must not lose sight of that.
Downriver at Belview, three different construction projects are in train, underlining the significant role the agri sector is and will continue to play in the region’s economic expansion. Given that Dublin Port’s capacity is also reflective of the capital’s high end office space shortage, there is ample opportunity for the Port of Waterford to expand its container business and to further enhance its annual bulk throughput.
Given the enhanced road network now feeding into Belview, and with the N25Bypass and Barrow Bridge providing even greater connectivity from next summer onwards, the 25-year masterplan which the Port is currently developing envisages, increased bulk, container and cruise shipping traffic, in addition to increased on-site job numbers.
As the closest multi-modal Irish port to continental Europe, the significance of Belview, 25 years on from its relocation from the city Quays, may come into sharper focus once we finally have the Brexit mess put behind us. The co-operative links established between Belview, New Ross and Rosslare also reflect the regional dimension that all three have taken on board given that each serves a distinctive economic function for the region.
Hopes that rail freight will be restored from Belview are being explored as part of the Port’s masterplan and as part of a potential three-port regional funding application to Europe, then promoting rail as part of a more carbon-friendly future is a must. Working together and putting our county jerseys firmly to one side is the only way forward for the South East.