Home » Opinion » Foley on File » Women of the Workhouse

Women of the Workhouse 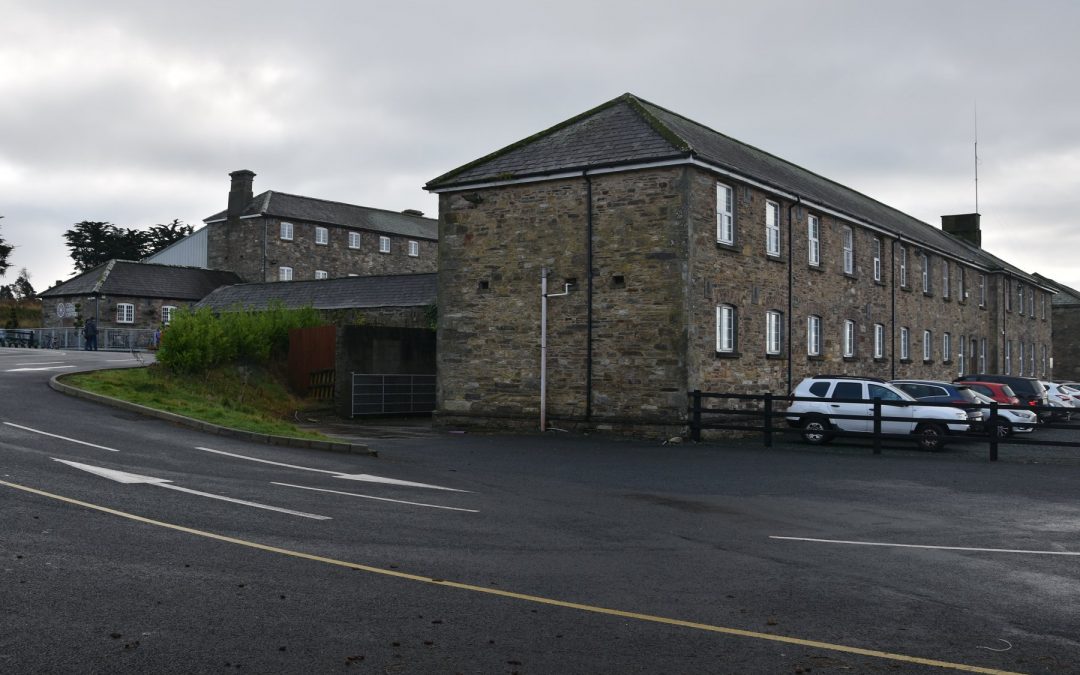 The Kilmacthomas Women’s Group, who meet regularly in the Kilmacthomas Union Workhouse, have admirably commemorated the lives of those who spent time in this historic building
Since the official opening of the Waterford Greenway, the Kilmacthomas Workhouse area has been transformed and its current use is a far cry from its bleak, austere past.
It has become an important focal point where locals gather to socialise and where tourists embark on or complete their Greenway adventures.The area is home to such diverse businesses as Coach House Coffee, Breakwater Gift Shop, Waterford Greenway Bike Hire, Mayfield Birds of Prey, along with agencies including the Waterford Wexford Education Training Board (WWETB) and the Waterford Childcare Committee – and of course the Kilmacthomas Women’s Group.

Members of Kilmacthomas Women’s Group pictured in front of their mosaic. Included are Facilitator Karen Power and Miranda Corcoran of The Art Hand. Photos: Michael Faulkner.

This group consists of a talented and enthusiastic bunch of ladies who meet every Wednesday throughout the school calendar year in the Kilmacthomas Workhouse.
The group was established in September 2017 with support from the Community Education programme of Waterford Wexford Education Training Board (WWETB).
They have enjoyed many varied activities, outings to places of interest, and have welcomed various different speakers who have spoken to them on a wide range of topics.
One of the speakers, local historian Sean Murphy, recently spoke of the history of the building in which they meet.
After discovering that it’s 100 years this year since the Workhouse closed, the diligent ladies decided to embark on their biggest and most ambitious project to date.
They contacted Waterford Area Partnership (WAP) who were delighted to collaborate through their Social Inclusion & Activation Programme and, with the help of artist Miranda Corcoran from The Art Hand, Bonmahon, the Kilmacthomas Women’s Group set about designing a mosaic using slate and stone found around the Workhouse grounds.
Adding a personal touch, they inserted some mementos of their own including pieces of jewellery to enhance their aim of incorporating bright colours in order to symbolise the positive future which now lies ahead for the Workhouse area.
Special event
On Wednesday November 27th, the mosaic was officially unveiled at a special event which was attended by many members of the local community. Schoolchildren from Kilmacthomas Primary School, Scoil an Bhaile Nua, Newtown and St Declan’s Community College were in attendance as were representatives from the WWETB, local politicians, Fr Martin Keogh and Dean Paul Draper.
The honour of officially unveiling the mosaic went to Cllr Ger Barron (Labour), a champion of the Waterford Greenway and a proud advocate of all things Kilmacthomas related.
Some members of the Kilmacthomas Women’s Group addressed the large gathering, detailing the growth of the group and its impact on the lives of the women involved.
Facilitator Karen Power was praised for her work with the group and was presented with a beautiful bouquet of flowers on behalf of the grateful members.
Member Kathleen Harney read a historical account of the Workhouse, which was compiled by Sean and Síle Murphy and which is on display on an information board alongside the mosaic.
The account gives a snapshot of the history of the Workhouse, which was built in 1851, and provides an insight into the living conditions of those who spent time here.
A bleak past
The architect for the Workhouse buildings was George Wilkinson, who created a pleasing outward appearance with mullioned windows and gabled roofs.
However, the interior was bleak and austere as the Poor Law Commissioners were intent on deterring everyone but the destitute from entering inside its doors.
The chief aim of the workhouse when it was established was to abolish outdoor relief for the paupers and to administer such relief only inside the walls of the Workhouse.
This meant that in order to receive the bare minimum of food and shelter, the destitute had to abandon their cabins and potato patches, go to reside in the Workhouse, thus surrendering all claim to any possessions. An infirmary was built as part of the Workhouse and catered for the sick of the Union in very primitive conditions. Any inmate who died in the Workhouse was interred in the nearby graveyard, which adjoined the Workhouse land, unless relatives or friends claimed the body for burial in their own parish churchyard.
The Sisters of St John of God came from the Mother House in New Ross to take over nursing care in the fever hospital in May 1873. This made Kilmacthomas the second Workhouse in Ireland to have nuns as nurses. The Workhouse closed in November 1919. By this time most of the inmates were aged and infirm and so the Board of Guardians thought it would be more economical to close Kilmacthomas Workhouse and have the inmates transferred to Dungarvan or Lismore.

It remained idle for a few years and was then taken over as a Barracks by the Republicans in 1922. They were about to blow it up, but the nuns beseeched them not to do so and shortly afterwards the Free State Army took it as their barracks. For a number of years afterwards certain small apartments of the house were let to tenants awaiting cottages from the Boards of Health.
A bright future
Now, the beautiful mosaic created by the Kilmacthomas Women’s Group will attract the attention of visitors and will inform them of the history of the area. The talented members have also created historical outfits, including a matron’s outfit and a copy of what the children would have worn in the Workhouse.It’s envisaged that these clothing items will be on permanent display and it’s hoped that a film documenting the project will also be available to view on a permanent basis. As a poignant memorial, the intrepid group of ladies also created a special wreath for the Famine Graveyard.
After the official unveiling of the mosaic, this wreath was placed by the Cross by local man Paddy Gallagher who voluntarily tends to the graveyard on an ongoing basis.
The memory of those who spent time at the Workhouse will certainly live on thanks to the efforts of this admirable group of women who have displayed a wonderful sense of pride of place.
With plans afoot to launch guided tours of the Workhouse in 2020, it’s certainly an exciting time for the Kilmacthomas area.