Home » Opinion » Foley on File » Women on a Mission

Women on a Mission 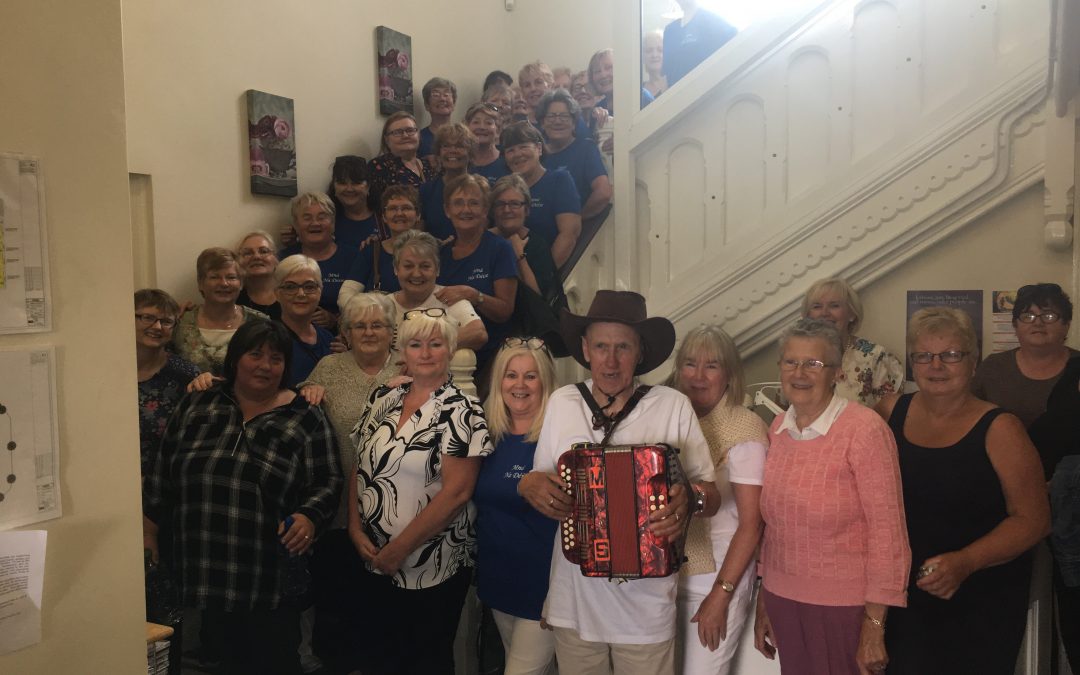 The newly formed Déise Women’s Shed – Mna na Déise Dungarvan has already proved to be a resounding success. Members recently visited the Portlaw Women’s Group and are now focused on seeking a home to call their own.
WHILE the concept of a Men’s Shed is already very well established, the idea of a Women’s Shed is a concept that’s less well known.However, a group of women in Dungarvan, who are currently enjoying phenomenal success, are seeking to change this. Around three years ago, after some members visited the hugely successful Dungarvan Men’s Shed, the idea of developing a similar amenity for women in the town began to form.Subsequently, a group of like-minded women came together and established Déise Women’s Shed – Mna na Déise Dungarvan. There are currently 180 members which makes them the biggest such group in the entire country. 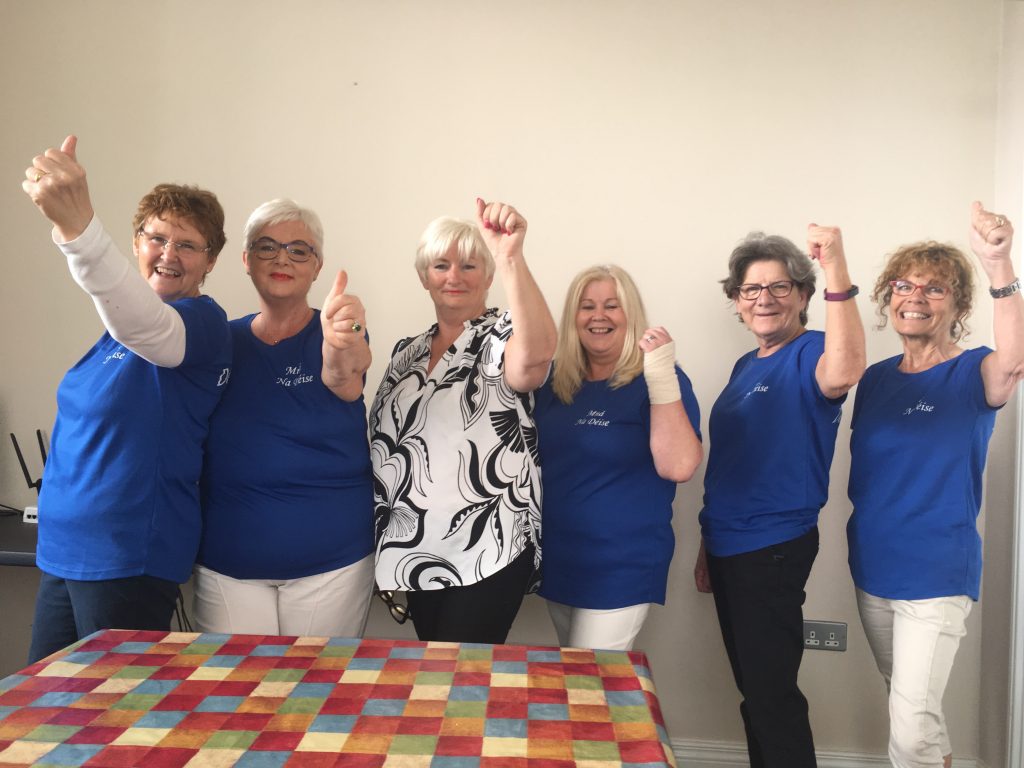 In fact, there are only around four other similar groups nationwide which means Mna na Déise Dungarvan truly are trailblazers. “When we launched in September last year, we thought it would be marvellous if we had 30 to 40 women,” said PRO Mary Kelly.“We had 99 registering on the first night. It was totally overwhelming.” They say the level of interest shown clearly indicates that there was a need for such a group in the town. Membership numbers are increasing every week and the group strives to accommodate everyone who wants to join.
Benefits
The committee members say the Shed has many benefits in terms of tackling social isolation in Dungarvan and West Waterford.They point out that some women may have had a huge change in their circumstances as a result of the death of a partner or friend for example.Meanwhile, others may be adjusting to a new life if their children have ‘flown the nest’. “We realised the need was huge for women’s mental health in Dungarvan and the surrounding area, but we never realised just how huge until the Shed actually opened,” said Mary. They encourage women to drop in for a cuppa and a chat and, similarly to the Men’s Sheds movement, the members can pick and choose the activities they’d like to engage in.
So far, they have arranged a variety of activities including yoga and make up demonstrations.
Members have participated in the Dublin Women’s Mini Marathon and are also kept busy through their affiliation with The Blankets of Hope Cork initiative which sees blankets being knitted for cancer sufferers about to undergo chemotherapy.The women of Mna na Déise Dungarvan also recently donated blankets to the Oncology and Pediatric wards at University Hospital Waterford (UHW).
“There’s always something going on and there’s something for everyone,” says Mary.
“We take on board whatever the ladies say. We’ll discuss every suggestion and, if we can do it, we’ll do it.”
The committee members have observed many benefits in terms of the personal development and confidence of other members. Many friendships are being formed among people who might have previously passed each other on the street but didn’t really know each other. In addition to the activities organised by the Shed, many members organise additional get-togethers among themselves such as meeting for lunch or a trip to the cinema. However, if Mna na Déise Dungarvan had their own premises they say it would present more opportunities as they could open in the nighttime. 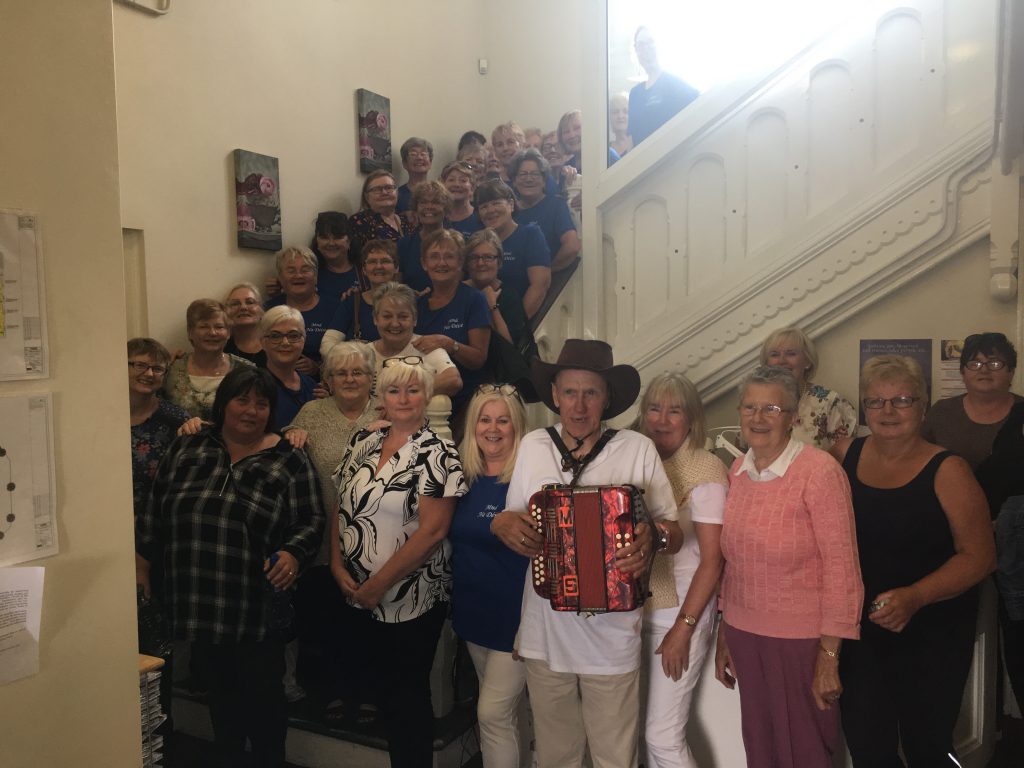