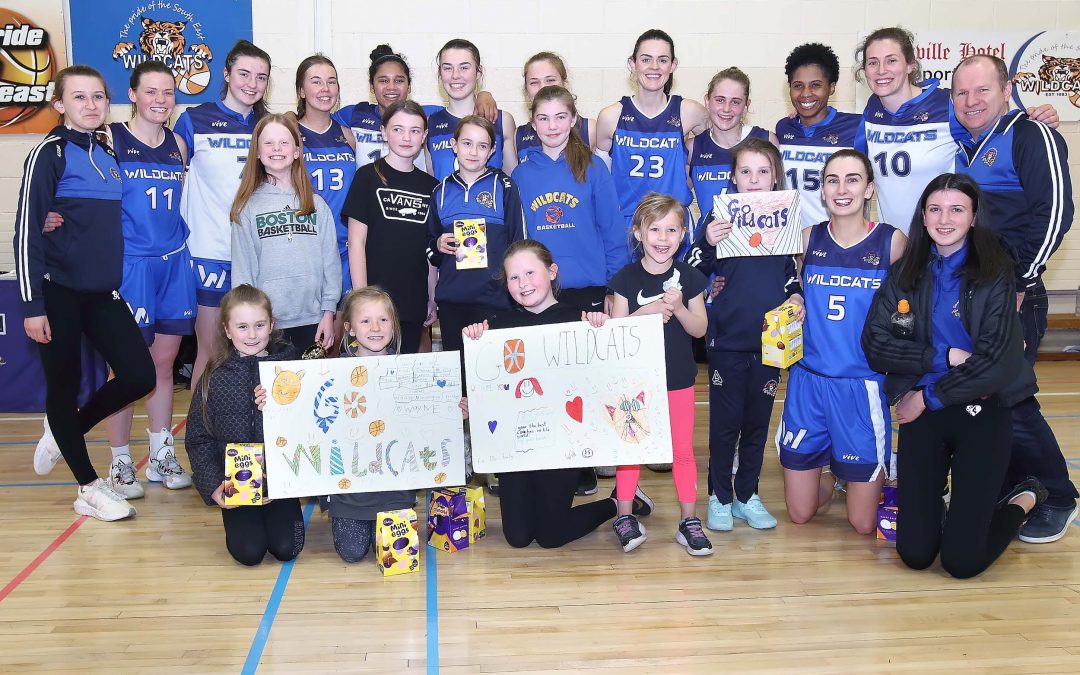 Waterford Wildcats had a comprehensive win over Kildare side Liffey Celtics in the Champions Trophy quarter-final at home in the Mercy Sports Hall on Saturday night last with 24 points to spare at the finish.

The top six teams at the end of the regular season qualify for this competition and compete for the last available piece of silverware this season.

Liffey came to town with high hopes and a degree of confidence after a recent run of good results.  From the tip off they went about their business to good effect and were soon ahead 8 points to 2 after three minutes. 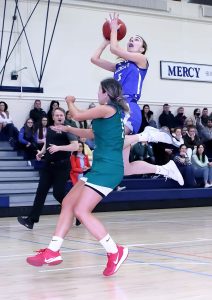 WIT Wildcats Helena Rohan flying high on her way to scoring a great basket for her side.

Gradually Wildcats got their act together defensively and stifled the visitors scoring opportunities while netting some fine scores themselves mainly through Sarah Hickey and Rachel Thompson.  Soon Wildcats post player Steph O’Shea was in full flight and proved too good  for Celtics defenders with well timed cuts inside while finishing with some style. Kate Hickey hit a couple of three pointers to stretch the Wildcats lead to 16 points at half-time, 47-31.

As the game progressed the visitors cut into Wildcats advantage and had it down to 10 at one point but a flurry of scores from Sinead Deegan and Abby Flynn soon steadied the ship and the difference was 18 points with the final quarter to play. 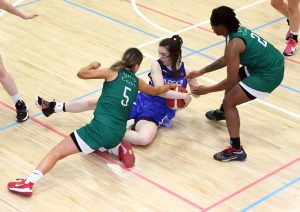 Soon the game was done and dusted as Jazz Walker who was outstanding all game notched up a game high 14 points.  Helena Rohan had the final score of the game as her team ran out easy winners on a score line of  79-55. 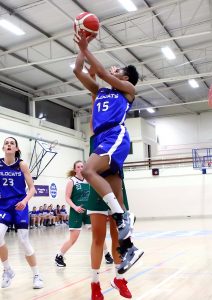 WIT Wildcats Jasmine Walker was in tremendous form throughout and her again she is pictured scoring against Liffey Celtics.

Wildcats now have a serious test in the semi final away to Brunell in Cork city.  In the regular season it was one win each with Wildcats winning the first clash in overtime in Cork. However it was a much improved Brunell who turned the tables on Wildcats in the Mercy Sports Hall some five weeks back. Coach Tommy O’Mahony and his players will  be well prepared for what should be a very special occasion as the season comes to a close.  Top scorers for Wildcats were Jazz Walker (14) with Sarah Hickey and Steph O’Shea on 13 points each.

Wildcats head coach Tommy O’Mahony was happy with the performance of his team. “I’m delighted to get the win, I thought we starting the game really well by being really clinical on offence and just being solid on defence. Liffey caused use problems in the second half, but I thought the girls worked really hard to weather the storm and we were able to keep our noses in front. In fairness we have worked really hard over the last few weeks and it has showed on the court. We know next weekend is going to be a really difficult game, so we need to have a good week in training so we are ready for Brunell.” 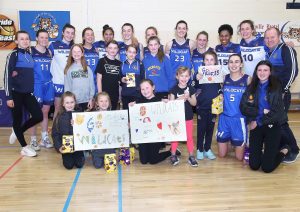