Blues’ signings and departures
Waterford FC announced last week that striker Michael O’Connor has joined the club on loan from Linfield while Bastien Hery has joined the Danske Bank Premiership side on a permanent deal for an undisclosed fee.20-year-old striker Michael O’Connor joins on loan until the end of the season having played for Dundalk, Shamrock Rovers and Finn Harps previously, as part of the deal.The Republic of Ireland underage international has represented the county at U18 and U19 level and was part of Stephen Kenny’s Republic of Ireland U21 training camp earlier this year. O’Connor scored 12 goals for Linfield last season. 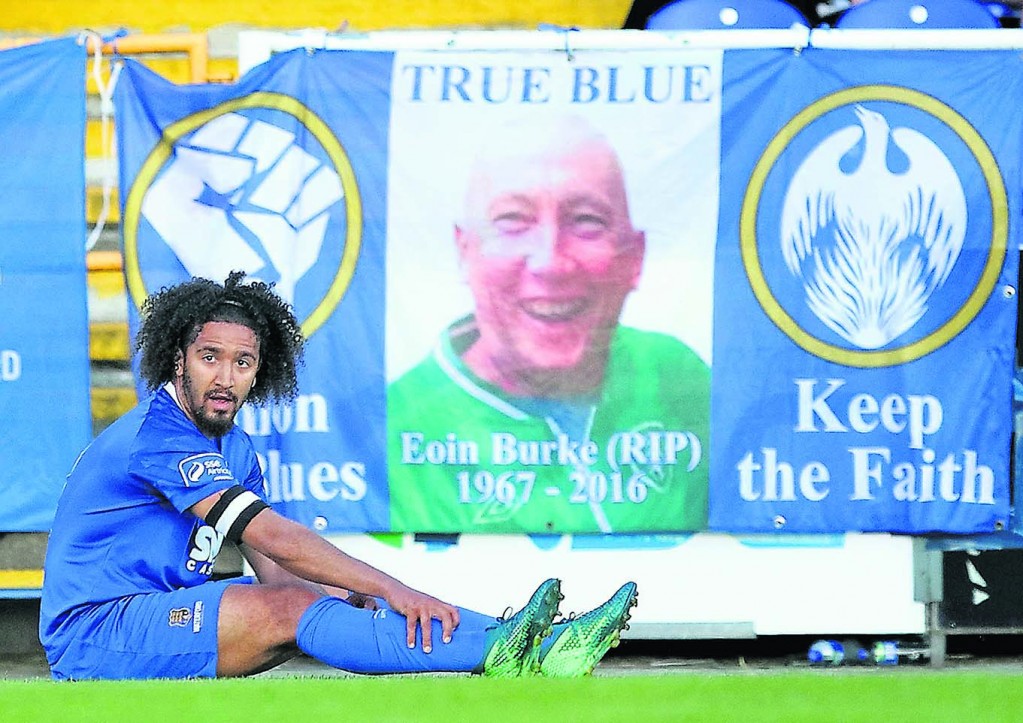 Speaking to WaterfordFC.ie after signing, Michael O’Connor said:
“I’m absolutely delighted to be here, it’s a different challenge for me and I just can’t wait to get going. I know some of the lads already from being in with the Irish U21s and being around the league before. There’s been a really good intensity to training so I’m looking forward to Saturday now.
“The fans will see a hard worker, I’ll give everything I can for the club and I’m going to try score as many goals for the club as I can.
Speaking to WaterfordFC.ie after confirming the signing of Michael O’Connor, manager Alan Reynolds said:“We’re delighted to get Michael in. We’ve made no secret that we’ve been trying to get a striker in and Michael fits what we’ve been looking at.“He’s strong and athletic and can score goals. He trained with the lads and had fitted in well so we think he’ll be another good signing for us after we brought in Sam, Tom and Will last week.”Midfielder Bastien Hery, who joined the Blues ahead of the 2018 season, joins the Danske Bank Premiership side for an undisclosed fee.Frenchman Hery established himself in the league with Limerick, before going on to become a popular member of the Waterford FC squad.
Hery spent five seasons in England having started his career at the PSG youth academy.He played 20 league matches this season.Speaking to WaterfordFC.ie after his move to Linfield was confirmed, Bastien Hery said:
“I’ve loved being part of the club for the past 18 months. It’s been a great experience and a huge part of my career to play for Waterford FC. The club, the fans and the town have made me feel so welcome from day one. Being so far from home I can never thank you all enough.“Linfield is something different for me and playing in the Champions League is an exciting opportunity and I’m really looking forward to it.“From the bottom of my heart I would like to thank everyone; from the coaches, to the staff, to my team mates this season and last who have been like my family, and the fans who have spurred the entire team on. Last but by no means least, I’d like to give a big shout to Michael the Kitman.”
Speaking to WaterfordFC.ie after Hery’s move was confirmed, manager Alan Reynolds said:
“Losing out on the European place has hit us hard and there’s no point saying otherwise. There is a fallout from that and the club has had to make really tough decisions to offset that.“The opportunity came up for Bastien, he really wanted to play in Europe and felt it was right for both parties that he got his opportunity.“Bastien has been great for us since he came to the club 18 months ago. On and off the pitch he’s been a really good guy and we wish him well.“He’s been a character around the place but this is a great opportunity for him to play in the Champions League and we all wish him every success in the future.”