Home » Sports » GAA Hurling » The Job of A Lifetime!

The Job of A Lifetime!

Paraic Fanning relishing the Deise management challenge
There’s a glint in Paraic Fanning’s eye as he pulls up a chair at the WIT Arena. In his second day as Waterford Senior Hurling manager, he’s already dealt with a slew of interview requests which he readily accepts ‘comes with the territory’. Given the hurling-obsessed family he was reared in, steeped in the lore of Mount Sion, Port Láirge, games administration, coaching and reporting, few have entered the Déise’s biggest job with such an intimate a history to tap into. And given his own inter-county experience with three different counties, including his time as a selector twice over with Davy Fitzgerald, it’s difficult to avoid the sense that this is an appointment that’s been a lifetime in the making. So is this dream come true territory for the new Waterford boss?
“Yeah, it really is,” he told The Munster Express on Thursday last. 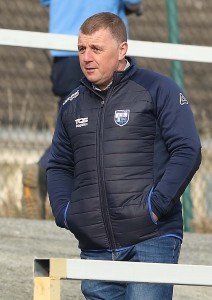 “I was just delighted to have been involved in any capacity as a Waterford man when Davy was manager (2008-11) and to win that Munster Final back in 2010 is a cherished memory, to have been involved with the last Waterford team to lift the Munster title. When you grow up, and when you’re playing hurling from one end of the day to other, the dream is to hurl for your county, and as someone who’s always been involved in hurling, as your life moves on and you move into a different phase in your life, the goals change when you move beyond playing and on into management. I’m a fierce proud Waterford man. As a supporter, I remember the buzz we all had going to those big matches throughout the late nineties and into the noughties, and what it was like on a Monday morning going into work when Waterford were after doing the business. It was fantastic. You had an additional spring in your step and a slightly wider smile on your face. So to now be manager of a group that, we hope, can give people a lift again and get a lot of us smiling on those Monday mornings after a Championship match is a great honour for me, and I’m really looking forward to getting stuck into it.”
This year’s Championship proved one to forget for Waterford, the ultimate comedown in the wake of the previous season’s All-Ireland Final appearance. The absence of a home venue for the Munster campaign, compounded by a tsunami of injuries, followed hot on the heels of relegation to Division 1B of the National Hurling League, thus providing Derek McGrath with a final year that the totality of his term certainly didn’t merit. “Being out of the Championship so early, you could notice it in the mood around town,” said Paraic Fanning. “It was a combination of things: an awful lot of bad luck, unforeseen ghost goals – everything. And to be gone so early in what ended up being such a fantastic year for hurling, it did leave a huge void. Well our intention is to do everything we can to get back into a Munster Final if possible and failing that to make sure we’re in the top three in Munster to get us into the business end of the Championship.
Of course, we’re setting the bar high: we want to be winning trophies. We’ve had some fantastic days since we won the Munster Championship in 2010, winning the League in 2014 and getting to the All-Ireland Final last year, and we’ve fielded some great teams in that time, but it just goes to show how hard it is to win a major trophy, the All-Ireland in particular. To get back into a Munster Final is one thing, but to go and win it is another, and there’s the added carrot of winning Munster to take you on that little further in the Championship. But under the new structure, Munster really is dog eat dog. It’s so competitive and it’d be a brave man to call the top three in Munster next year with any degree of confidence. It’s going to be a huge battle again. Look, it’s a great Championship, of course it has its pitfalls, but if we can get beyond that first phase, then anything is possible. We want to get out of Munster and obviously we want to get out of Munster as champions.”
Paraic’s first official day in the job began at 6am on Wednesday last and concluded at 9.30pm in Limerick, with several phone calls made during a busy day on the road, as the dialogue with several players about their future intentions began, several weeks before the 2019 panel is named. 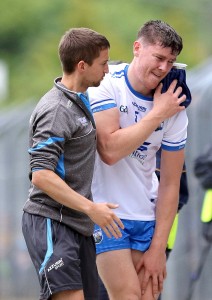 One player the new Waterford manager will have to plan without is Ballygunner full-back Barry Coughlan, who has somewhat surprisingly called time on his inter-county career at the age of 28.
“I had a good conversation with Barry. He’s a super lad, he’s been a real warrior for Waterford and he explained to me the reasons behind the decision. At some stage, guys have to start looking at their careers too. Barry has been fantastic, a warrior, I’ve great time for him. He’s a very popular figure in the dressing room with the lads but as he explained to me, he said he’d made up his mind a while ago. I’d love to have him involved, but at the end of every year, players have to evaluate things, and you’ll have it with different players in different counties at this time of the year. Some guys will be finishing up with panels, other guys will come back in and that happens with most inter-county teams and sure it happened at different times last year as well. It’s a surprise in terms of his age, that’s how a lot of people will probably see it, but when you look at inter-county hurlers nowadays, I don’t think you’re going to see too many guys giving 15 to 20 years the way Tony (Browne) did. It’s a very tough environment. Career wise too, people nowadays are being forced to make choices that wouldn’t necessarily have applied in the past.”