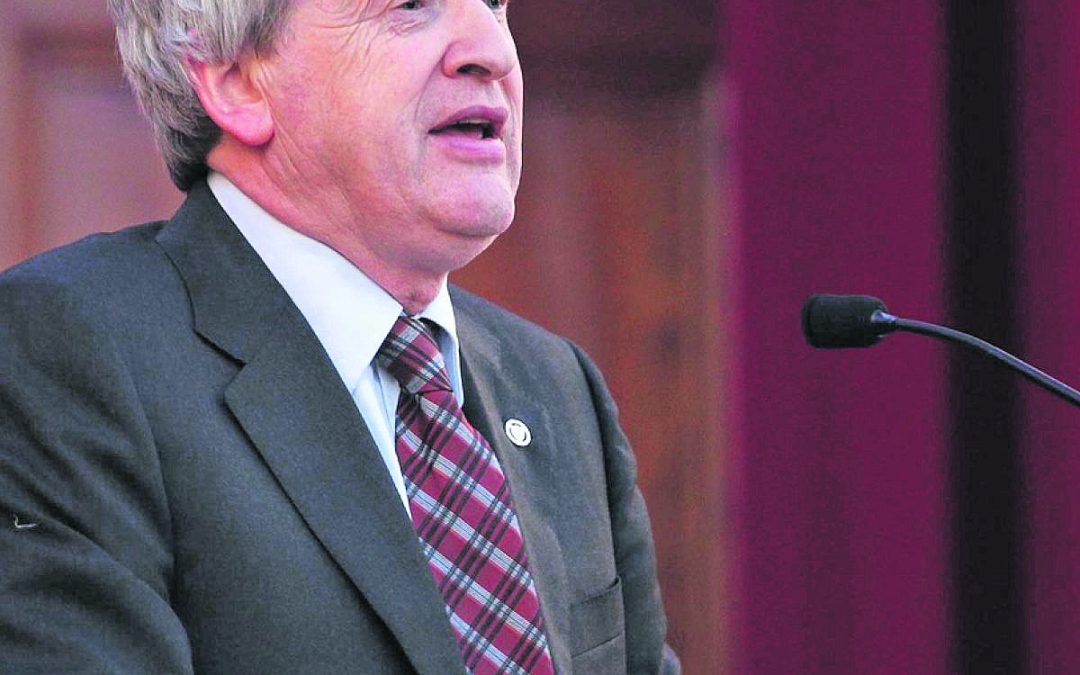 Members of the public are invited to nominate an individual whose contributions to sport has made a real difference to their community, club or county. Nominations can be made by individuals, clubs or sports associations via an online application form at www.volunteerinsport.ie. The deadline for applications is Friday, 27th September.
Over 450,000 volunteers give their time to Irish sport each year. This equates to approximately 37.3 million hours of volunteering across Ireland’s 14,000 registered sports clubs and associations.
The awards celebrate the contributions of the 450,000 volunteers who give their time to Irish sport every year.
Former GAA Director General, Mr Páraic Duffy has been confirmed as one of 12 individuals appointed to the judging panel of the Volunteer in Sport Awards, which take place on Tuesday, 12th November.
The Volunteer in Sport Awards, hosted by the Federation of Irish Sport, in partnership with EBS, will see volunteers from all 32 counties recognised for their outstanding contributions to sport in their county.
The awards will also select a national ‘Team of Volunteers’ award and a ‘Lifetime’ award to honour a volunteer who has consistently given of their time for a sport, team or event over many years. 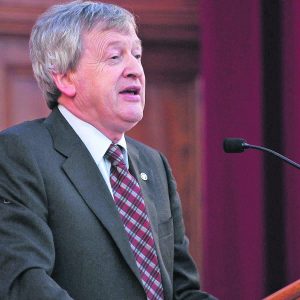 Mr Duffy served as Director General of the GAA between 2008 and 2018. He also chaired a number of senior committees within the GAA, including the Coaching and Games Development Committee, and is a former selector for the Monaghan Senior County football team. He will be joined on the judging panel by:
 Joanne O’ Riordan, Irish Times sports journalist and activist;
 Maura Farrell, NUIG Lecturer;
 Trevor Ringland, Former Rugby International;
 Keith Kelly, Jumpers for Goalposts;
 Benny Cullen, Sport Ireland;
 Shane O’Connor, Olympic Athletes Commission;
 Nina Arwitz, CEO Volunteer Ireland;
 Jimmy Deenihan, Minister of State for Diaspora Affairs;
 Des Fitzgerald, CEO EBS;
 Michelle Dwyer, EBS;
 Mary Nolan Hickey, Volunteer Fundraiser for RNLI
Previous Lifetime Award winners
The awards were originally founded in 2007 to recognise coaches, managers, officials and administrators who give their time to grow and develop amateur sports. This year sees them return for the first time since 2014.
Previous winners of the Lifetime Award include, Liam Sheedy, former player and current Tipperary All Ireland Champion Hurling Manager, Darren O’Neill, youth coach and Olympic Boxer and Peggy Mason who has been a Special Olympics Volunteer since 1985.
Comment
Speaking about the announcement, Mary O’Connor, CEO of the Federation of Irish Sport said;
“We are delighted to confirm our judging panel for the 2019 Volunteer in Sport Awards. Our judges are drawn from a diverse breadth of backgrounds including sports administration, the not-for-profit sector, and former elite athletes, amongst others. Their different backgrounds and expertise are a perfect reflection of the very diverse make-up of our sporting community and the many roles it fulfils in Irish society. All have witnessed the critical role played by volunteers in enabling Irish grassroots sport to take place each week and can speak to the many benefits they bring to communities up and down the country.
“The deadline for nominations is fast approaching so we would call on individuals, clubs and sports associations to submit their nominations via the Volunteerinsport.ie website by Friday, 27 September.”
For more information:
Paddy O’Dea- paddy@pr360.ie- 086 357 3365
Barry Murphy – barry@pr360.ie – 087 266 9878
Mary O’Connor – mary.oconnor@irishsport.ie – 0860437884