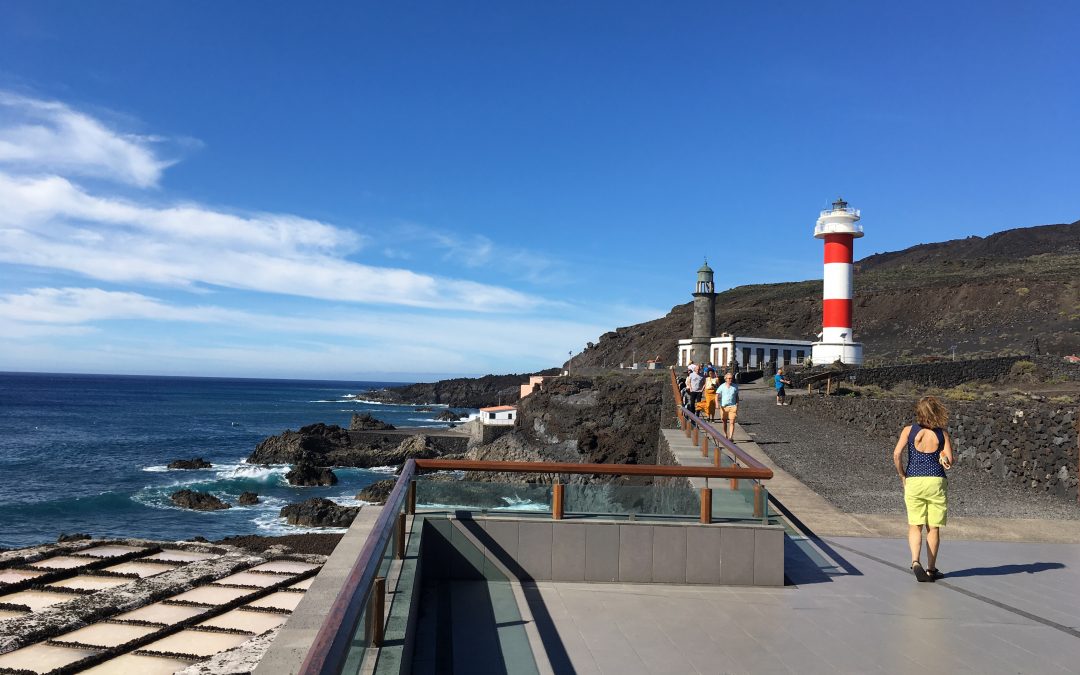 For most Irish tourists, holidays in the Canaries centre on the four largest islands of Tenerife, Gran Canaria, Lanzarote and Fuerteventura. Each of these islands has its own individual appeal and distinctive characteristics.

Recent coverage of the volcanic eruption on La Palma has generated renewed interest in this smaller and less well-known Canary Island. La Palma is the most north-westerly of the archipelago of seven islands (which also includes La Gomera and El Hierro).

Deciding to engage in a spot of island hopping while visiting the Canaries in November 2018, I flew from Gran Canaria to La Palma via Tenerife North. Direct flights from Gran Canaria were available at the time but were less frequent.

La Palma is often proudly referred to by its inhabitants as ‘La Isla Bonita’ (The Pretty Island) and, after landing at its scenically located airport, it was instantly clear to see that this title is very apt.

In the company of our friendly guide Isabel, we immediately took to the island’s winding eastern coastal route to explore the lush green landscape which is dominated by abundant banana plantations.

First up was a visit to the unspoilt Playa Nogales in Puntallana where we enjoyed a relaxing stroll on its black volcanic sand. Next up was a trek at Cubo de La Galga through the lush forest terrain. Afterwards, we stopped for a well-earned lunch in the enchanting village of San Andrés.

There is a laid back atmosphere throughout the entire island, including in the capital Santa Cruz de la Palma which is a charming city with quaint buildings, cobbled streets and old world charm. The city also possesses plenty of boutiques and high end stores which will satisfy even the fussiest of fashionistas.

There is a strong Irish connection in Santa Cruz de la Palma in the form of Cork banana merchant Dennis O’Daly after whom a street is named. Calle O’Daly is the main street in the city and the focal point of St Patrick’s Day festivities. He fought injustices on the island and held a prominent position. It was largely thanks to him that La Palma became the first area in the vast Spanish Empire to enfranchise ordinary men.

In Fuencaliente, located on the southern tip of the island, we visited the impressive salt fields (www.salinasdefuencaliente.es/en/) and enjoyed a sumptuous lunch at Jardín de la Sal which offers gorgeous sea views. 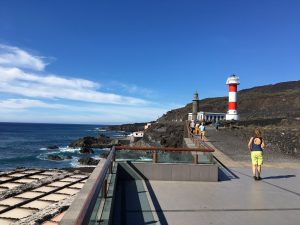 Fuencaliente on the southern tip of the island.

The bottom half of La Palma is dominated by its impressive volcanic landscape, including Cumbre Vieja where the recent eruption took place. A year-long eruption on La Palma in 1677 actually created the southern tip of the island and, during my visit, guides and locals spoke about the likelihood of a future eruption. The entire archipelago is volcanic in origin and prior to the most recent eruption there had been thousands of tremors within the space of a week.

Thanks to its suitable conditions, La Palma is also a very popular location for star gazing activities and I experienced this delight at Mirador Astronómico del Llano del Jable near the town of El Paso.

During my thoroughly enjoyable visit to La Palma, I stayed at Hotel Hacienda San Jorge (www.hsanjorge.com) which has an attractive layout including beautifully manicured gardens. Rooms are bright and spacious and the hotel is conveniently located for accessing Santa Cruz de la Palma.

The contrasting landscapes of La Palma, from its banana plantations to its volcanic terrain, as well as the sheer variety of activities on offer, means the island will offer something for all holidaymakers.

Thankfully, the island’s recent eruption did not result in any casualties but it will nonetheless take La Palma some time to recover from this natural disaster.  However, for a future trip to the Canaries then consider La Palma for a holiday with a difference.

For more information on La Palma visit www.visitlapalma.es and www.spain.info