AirBnB hosts raking in the cash

SOME Airbnb hosts across Ireland are raking in tens of thousands of euro a year, including here in Waterford.
Around a dozen Airbnb hosts in Ireland are earning more than €100,000 a year renting out homes on short-term contracts, according to figures obtained by the Irish Independent.
While Ireland endures an ongoing housing crisis, as many as 4,840 properties are being let in their entirety for as much as €800 a night – well in excess of what they would fetch if let to private or council tenants.
The figures, supplied by AirDNA, show that, of Ireland’s cities, Dublin is unsurprisingly the most active market followed by Galway and Cork. 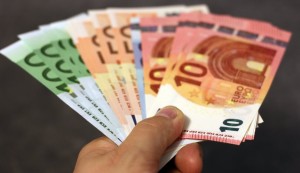 The figures for Waterford relate to properties concentrated in the city and seaside locations.
Eight properties in Waterford earned more than €20,000 over the last year, while the highest amount earned in Waterford by a landlord was €41,500 for a five bedroom house in Ardmore.
The data shows that the average daily rate to rent an entire property in Dublin is €126, falling to €106 in Galway, €94 in Cork, €80 in Waterford and €79 in Limerick.
The figures show one owner of a large six bedroom apartment near Trinity College in Dublin netted €172,227 in the last year.In Galway, one owner earned €157,244.The top earner in Limerick secured just over €66,500 and in Cork an owner was paid almost €63,000. Airbnb and other short-term letting sites allow property owners to advertise a home online for holiday stays.While they can be a lucrative source of income, there have been calls to regulate the sector given the extent of the housing crisis. Short-term lets are also not subject to the same regulations as hotels or bed and breakfasts.