Almost €2m approved for Regional Enterprise Projects in the South-East

Minister of State for Training, Skills, Innovation, Research and Development John Halligan TD has welcomed the announcement of the results of Call 3 of the Regional Enterprise Development Fund by his colleague Minister for Business, Enterprise and Innovation Heather Humphreys TD.Twenty-six successful applicants representing all regions of the country have been approved over €40 million in total for their collaborative projects in the third call for proposals under the competitive Fund. 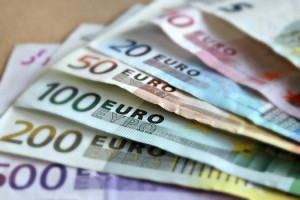 The announcement brings the total amount awarded under the Regional Enterprise Development Fund to date to almost €100 million over the three completed calls. The Fund is an initiative of the Government under Project Ireland 2040 and aligns with the Department’s Future Jobs Ireland framework.
Minister Halligan TD said: “I want to congratulate all those groups that have been approved for funding. I am very pleased that the Regional Enterprise Development Fund is supporting new initiatives and collaborative efforts in every region and this Fund is another important element of the Government’s Future Jobs Ireland framework. In my own region of the South East, we are seeing the rewards of a strengthening collaborative approach with a further €1.9 million in Government investment approved under REDF Call 3, bringing the total approved under the three REDF Calls to over €12.2 million for the South-East.”
The South East region has attracted €1.98 million for three projects; a Lean Industry 4.0 facility which has been approved funding of €1.34 million; the Tradebridge industry cluster which has attracted almost €250,000; and the national Design Innovation Hub rural entrepreneurship project which has been approved almost €400,000.
The Lean Industry 4.0 facility will support process orientated efficiencies and productivity in the region; while the Tradebridge Collaboration will create new opportunities for Enterprise Ireland and LEO clients in the region to generate export sales quickly and cost effectively by leveraging its powerful contact network to open leads in Savannah and South East Georgia, USA.
It also opens opportunities for the three South East Ports for business ecosystem research. Under the three calls of the REDF to date, the Government has approved over €12.2 million in total for the South East.