City centre being "held to ransom"

A LOCAL Councillor claims Waterford city centre is being “held to ransom” by a British pub chain.
Speaking at the January Metropolitan District meeting of Waterford City & County Council, Cllr Cha O’Neill (Ind) pointed out the number of vacant premises in the city centre including Flanagan’s Fish Shop and Sam McCauley’s. He sought clarity on what is happening at the T&H Doolan’s site on George’s Street as well as the former Permanent TSB building in Arundel Square. 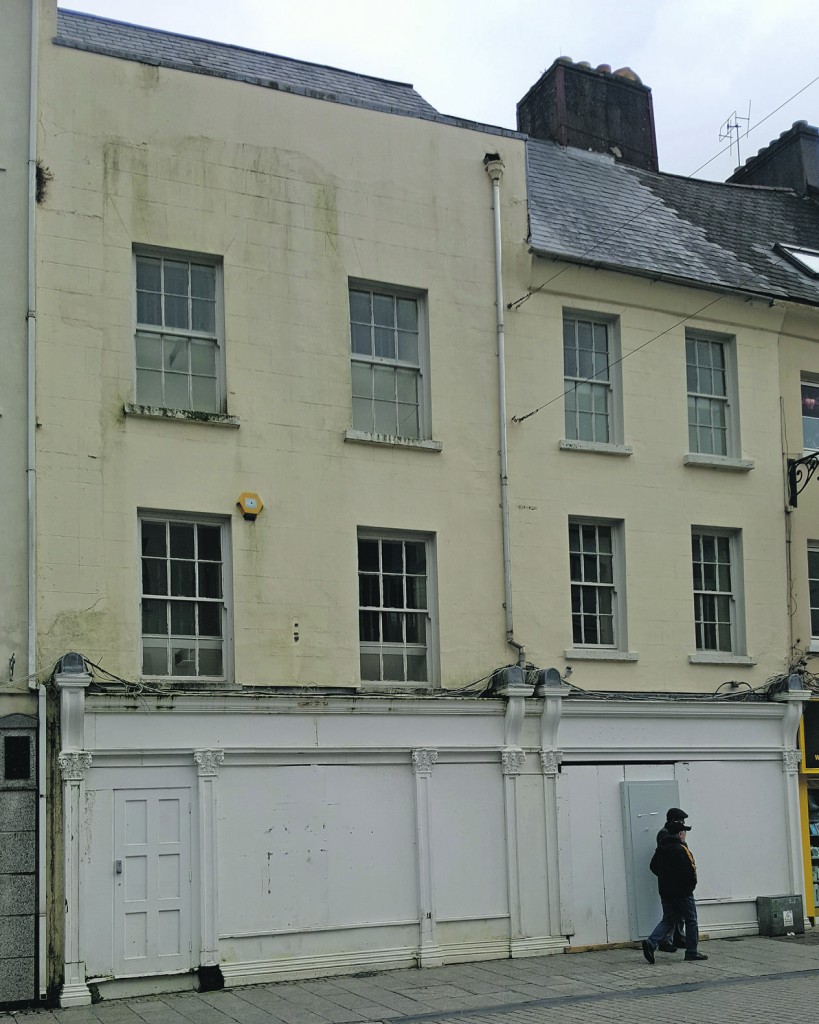 Wetherspoons received planning permission to develop a 'superpub' at these two buildings on Broad Street, in addition to the former Permanent TSB building at Arundel Square back in November 2016.

Wetherspoons was granted planning permission to develop two adjoining buildings on Broad Street and Arundel Square in November 2016.However, it was revealed last year that it could be 2020 before Wetherspoons actually opens at this site. It’s understood the company is looking to establish two pubs in Dublin before turning their attention to establishing a presence in Waterford.Cllr O’Neill noted that “millions” has been spent at the back of Wetherspoons where there is now a “fantastic plaza”.
However, he said it was not acceptable that Wetherspoons could “hold the city to ransom”. “We must have some way of speeding up the process,” he said. “It’s gone beyond a joke.”
In response, Senior Planner Jim O’Mahony explained that he doesn’t think there is anything the Council can do to move things on. “When a planning application is made, we have to deal with the application within eight weeks and either grant or refuse,” he said.He explained that the Council had requested additional information.
“Once the applicant receives that request for additional information, they have six months to respond. If they do not respond within six months, the application dies and they have to go back and make a new application.”
Mr O’Mahony explained that the Council doesn’t have any way of making people submit a planning application as it is “purely market driven”.
“I don’t see any way we can influence what’s happening out there,” he said. Cllr O’Neill noted that six months is “well gone” in the cases of both Wetherspoons and T&H’s, and asked if the Council was being given “piecemeal” responses.Mr O’Mahony said he would report back to Cllr O’Neill with an update.