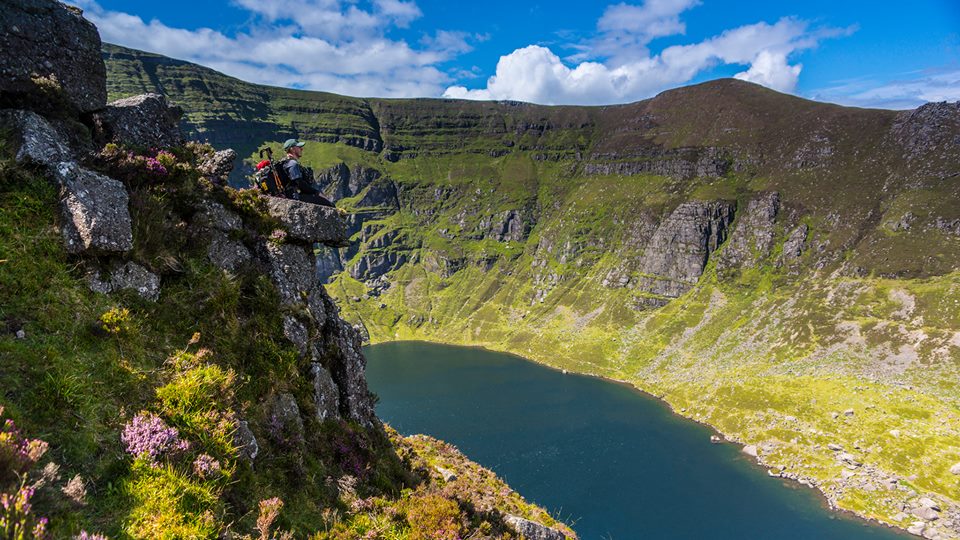 WATERFORD City & County Council is to address access to one of the county’s most popular and renowned natural features.Coumshingaun in the Comeragh Mountains is regarded as being one of the finest examples of a corrie lake and attracts outdoor activity enthusiasts of all ages. The Coumshingaun Loop Walk, which begins at Kilclooney Woods and travels around the lake, is hugely popular with locals and tourists alike. 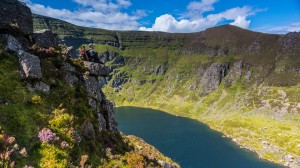 Photos of the amphitheatre-like area have been widely shared on social media sites worldwide.
However, accessing Coumshingaun has never been officially promoted or endorsed by the local authority for a number of reasons.“We have to be really careful from a liability perspective in terms of signing and directing people along a non-compliant route,” says Head of Enterprise with Waterford City & County Council Richie Walsh. One of the main issues with the access route to Coumshingaun is that it is “unregistered” and doesn’t comply with Sport Ireland criteria, according to Mr Walsh.
However, he says the time has now come to finally address these issues.
“Proper and safe access to the Comeraghs is hugely important and something that needs to be advanced,” he said.He made his comments at the March Comeragh District meeting of Waterford City & County Council when the issue of parking at Kilclooney Woods was raised by Councillors.Mr Walsh expressed his belief that access to funding for an extension of the car park would not be a significant issue.However, he said other issues must firstly be addressed.
He said expanding the car park to facilitate access to a route which is “non-compliant” would be problematic.
“To expand the cark park is, to a certain extent, facilitating access to something that is not properly formalised,” he said.Mr Walsh also pointed out that there are “environmental concerns”. He said Waterford City & County Council will engage with the relevant landowners (Coillte and Curraghmore) as well as Sport Ireland. Raising the issue, Cllr Seanie Power (FG) had expressed concern at the large number of cars parking on the busy R676 at the entrance to Kilclooney Woods. He called for extra signage warning of the increased traffic which will likely be using the area during the summer months.
Cllr Power said many people are visiting the local lakes, particularly Coumshingaun, and pointed out that there has been a “spin-off” as a result of the Waterford Greenway being so busy. “I hope the Council will be in a position to apply for funding to extend the car park and I hope that Coillte will co-operate,” he said. Cathaoirleach of the Comeragh District Cllr Ray Murphy (FF) agreed with Cllr Power’s concerns and highlighted that around 50 cars had been parked on the road during the previous day.
“When the car park is full, and there are 50 plus cars on the road, it’s an issue we just have to address,” he said. “It’s dangerous for those going into the woods but also for those driving past.”Cllr Murphy said the issue had been raised last year and that signage had subsequently been erected requesting that motorists refrain from parking on the road. He called for Waterford City & County Council to put forward a “substantial application” to Transport Infrastructure Ireland (TII) for funding. Senior Engineer Gabriel Hynes agreed that the ideal solution is an extension of the car park to keep cars off the road.“Ideally, cars shouldn’t be parking on the road if there aren’t adequate sight lines for approaching vehicles,” he said.