A decision in relation to access to a proposed County Waterford housing development is expected shortly. Waterford City & County Council intends to construct 16 dwellings on a site at Graigueshoneen, situated between St Declan’s Community College and the village’s GAA pitch.
However, concerns have been raised in relation to the entrance/exit which, under the current proposal, would go through Riverview Estate and Walsh’s Place. 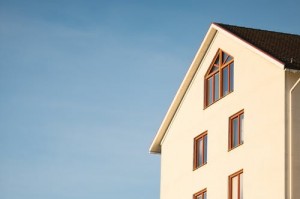 While they have no objection to the construction of the houses, a petition expressing concern at the proposed access route has been signed by almost all of the householders in the estate.
They fear the proposed entrance would create an extra flow of traffic through the estate, which is currently a cul-de-sac, and also have concerns in relation to the devaluation of their properties.
At the January Comeragh District meeting of Waterford City & County Council, Cllr John O’Leary (FF) asked if any decision had been reached and reiterated the concerns of residents.
Meanwhile, Cathaoirleach of the Comeragh District Cllr Liam Brazil (FG) once again suggested that the old N25 route would be a more suitable access option.
The Councillors were told by Tracy Power (Housing) that a decision in relation to access to the development would be reached at next month’s District meeting when the Part 8 process would be finalized.