Fears that the proposed upgrade of Waterford Institute of Technology (WIT) to Technological University (TU) status could lead to a repeat of what occurred following the Institute’s previous academic elevation in 1997 have been aired in the Seanad.
Speaking during the TU Bill (2015) debate on Tuesday last, Senator Paudie Coffey (FG) told Minister Mary Mitchell-O’Connor that he was “around long enough to remember the upgrading of regional technical colleges, RTCs, to Institutes of Technology (IoT) in the 1980s and 1990s. I make no apologies for being parochial because at the time Waterford RTC had advanced to a stage where it was one of the leading institutes at the time and there was a recognition that it should, on merit, be elevated to Institute of Technology status. However, many of the other RTCs were upgraded at the same time and this lessened the elevated standard that Waterford RTC had achieved on merit”.
Senator Coffey told the house he was concerned “that something similar is happening again. In 2012, the Hunt Report set out criteria that have since been amended. The criteria rightly set a high bar for any institute of technology to achieve the status of Technological University. We often read about the ranking of Irish universities globally and sometimes concerns are expressed that they are slipping down the rankings. To have substance behind various degree courses, we need to have confidence in the Institutes issuing them. Are we just responding to the demands of the time to have all Institutes of Technology upgraded to Technological Universities? They should only be elevated on merit.” 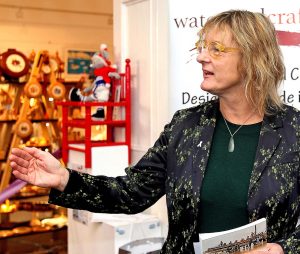 Senators Grace O'Sullivan voiced her concerns in the Seanad last week about the advancement of the Technological Universities (TU) Bill as it's currently defined.

Stressing that he was not being disrespectful to any other IoT, Senator Coffey referred to the latest Higher Education Authority (HEA) figures in relation to level 10 PhD students, which broke down as follows:
Dublin IT: 448
Waterford IT: 148
Cork IT: 116
IT Sligo: 35
Galway Mayo IT: 26
IT Carlow: 9
He added: “These figures demonstrate where strong research is being done in colleges. DIT is progressing strongly towards university status. However, WIT is next and that is why the argument has been made for years that it merits university status. While I am supportive of the legislation, I share the concerns regarding standards in the context of the eligibility criteria. Why have the criteria been amended from those set out in the original plan in 2012? Six years later, they have been diluted. If Institutes of Technology merge and go through the process, all of them will achieve Technological University status. If I am wrong, I will stand corrected….We do not want a name change or for every institution to be granted university status just because they achieve what I believe to be a reduced standard. We need a robust threshold so that we can have confidence in the level of achievement…We cannot have them all on the same pitch if they do not have the same levels of achievement.”