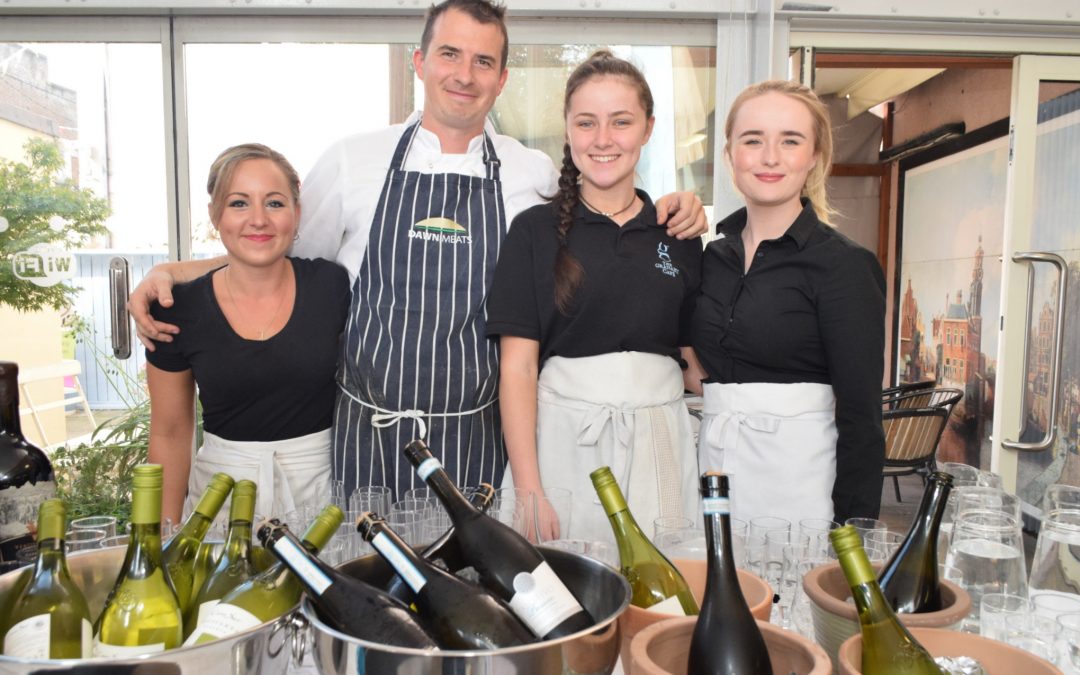 There were great crowds on Saturday and Sunday at the Waterford Harvest Festival.Dawn Meats Sales Director, Paul Nolan described it as the best ever , his firm are sponsoring since the beginning of the festival over a decade ago and they were giving informative talks on how to cook burgers and lamb with special additional flavours to make it more tasty.It was a real family day out as we passed on the Sunday afternoon as families sat out at benches and ate from the various stalls.

Staff members at The Granary Café pictured at the Harvest brunch which was held on Sunday. Photo: Joe Cashin

There was something for everybody, the teens could try burritos, or donuts, which are really popular these days or crepes from France, Polish sausages, which we are told were really good, said one customer.
Lots of Asian food, Italian pizza , Lebanese falafel, French crepes and even African dishes to make this event a little international, as well as local farm produce.
This year the main activity for Harvest was around Arundel Square and Barronstrand St. Previous years it was down on the Mall, but having it near the retail area livened up the city more and pleased locals with favourable comments who are glad to see vibrancy in the city centre.Many visitors and locals were sitting out on benches in the fine weather, the good temperatures really added to it, a band played on the SE2 stage singing some Hozier songs, in what was a lively Sunday afternoon, buskers too were about and of good quality.
For an end of summer event it ticked the boxes, earlier in the weekend , there were food and drink tastings. it just generally shows a rising interest in food and pride in local place, many food stands from outside the area, plus some local ones, perhaps might participate in the coming year and get more local produce on display. .
Local sea food could be an angle , the Portugal food stand did have however, getting more seasonal foods to reflect harvest times.
Youngsters need to learn where food comes from and not just see supermarkets as the source.
Well done on the council on the good organisation. The Waterford Harvest follows that of the spring time Dungarvan Food Festival, which is successful and the Dunmore summer one. It is nice to spread such events over the year.Winterval will be the next big one for a street event in Waterford. The public in the city seem to take to these street events and like the liveliness.