Over €200m invested at Sanofi Plant in Five Years

Payroll at Waterford site comes in at €1m per week

Sanofi, the French-owned multinational pharmaceutical company which employs over 700 staff at its plant on the Old Kilmeaden Road, is responsible for a weekly payroll totalling €1 million, underlining its significance to the city and regional economy. Speaking to The Munster Express, Site Head Ruth Beadle said the company’s commitment to Waterford had been re-enforced by the investment it has made in the plant over the past five years. Explaining that investment, Ms Beadle stated: “We’ve been blessed by the backing of the company, for a start. There’s been over €700 million invested here since our start up (as Genzyme) in 2001, with €200 million of that coming in the last five years. And why does a multinational like Sanofi back a site like Waterford, because we are one out of 80 sites (the company owns globally)? Because of the people we have here and the community that we have here that supports, in an agile way, a multinational. We have in excess of 700 people now, which is far beyond what was ever foreseen, I think, and it’s been trending upwards over the last number of years. We are the most diversified biopharma and medical device site in Ireland, and I would actually say within Europe, and what makes us different is the people.” 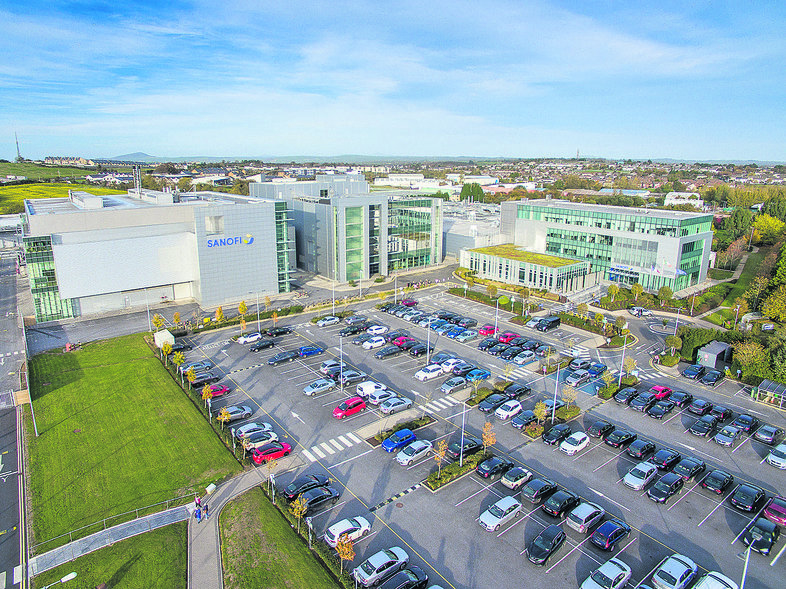 The Sanofi plant in Waterford, which now employs over 700 people.