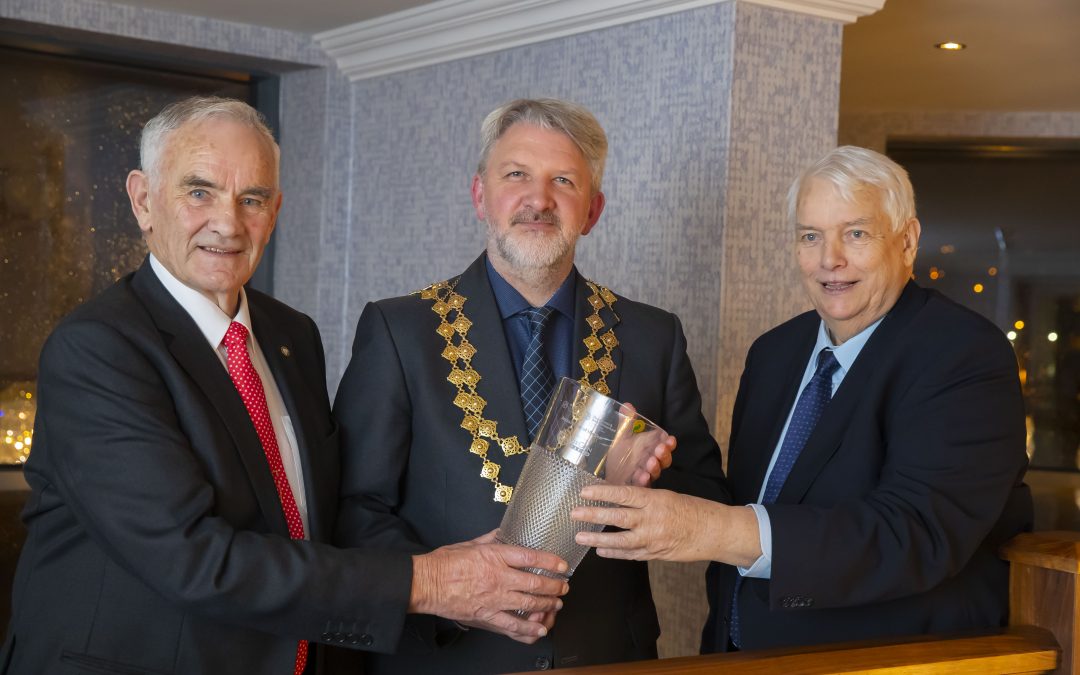 Two of Waterford’s most well-known and respected businessmen have been announced as Waterford Ambassadors of the Year at the Waterford Business Awards this evening (Friday, February 28th).Peter and John Queally set up Dawn Meats with their partner Dan Browne in 1980 and it has grown to be one of Europe’s largest privately-owned agri companies. Peter and John also established the Arrow Group of Companies in the early 1980’s. 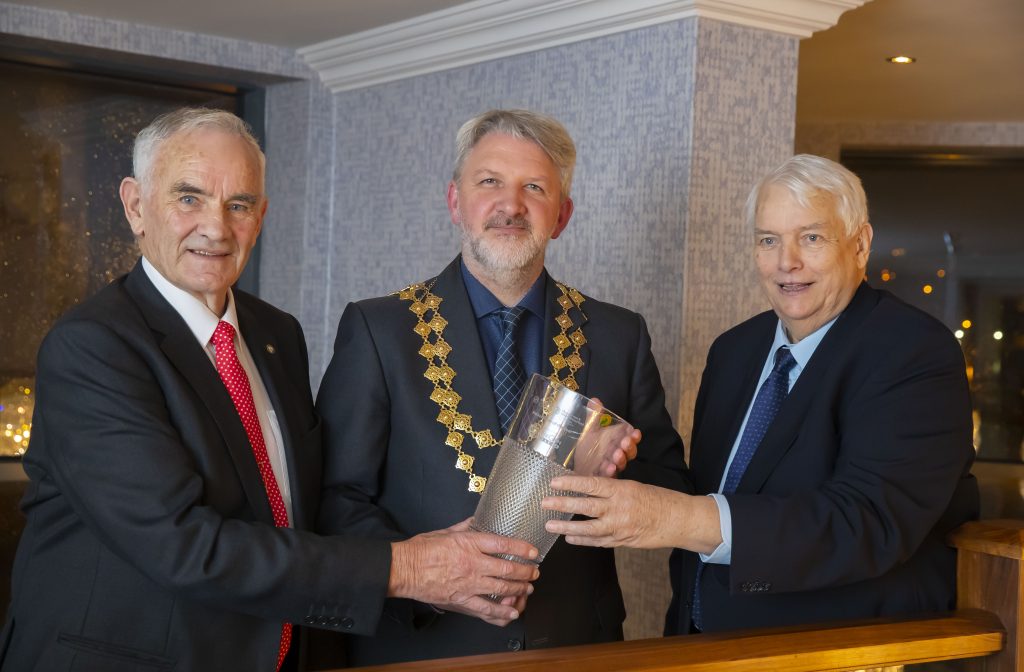 Businessmen John and Peter Queally picked up the accolade of Ambassador of the Year at the Waterford Business Awards. They are pictured with Jonathan Earl, Waterford Chamber President.

Introducing the brothers, Waterford Chamber CEO Gerald Hurley said: “It is now my great pleasure to introduce to you two brothers from Kill and Dunhill, Co. Waterford, who have dedicated their lives to both their families and their businesses and are synonymous with the food and agriculture sector not just in their native Waterford but nationally and internationally.
“From pig production and beef farming to fresh and cooked meat processing, mineral water, petfood and coldstorage, the brothers now control one of Europe’s largest food groups with a turnover in excess of €2.5 billion and a workforce of nine and a half thousand, with over 1,200 in Waterford and the South East contributing significantly to the economic vibrancy of Waterford. I am delighted to ask Peter and John Queally to come to the stage and accept our Waterford Ambassador of the Year award.”
On receiving the award, Michael Queally, CEO of Arrow Group, on behalf of Peter and John thanked the judges “for this prestigious award which we, our families, our business partners and staff, will take great pride in”.
“On reflection, there have been three main ingredients to our success – hard work, common sense and most importantly our loyal and dedicated Staff past and present.
“We are conscious that the Chamber has had many to consider for this Ambassador of the Year Award, so once again on behalf of Peter and John, our families, business partners and staff, to the Chamber and sponsors Eirgen Pharma – a heart-felt thank you.”
The Waterford Business Awards, organised by Waterford Chamber and partners Dungarvan & West Waterford Chamber and WLR, celebrated the successes and contributions of thirty-nine companies who were shortlisted for the 13 award categories at a gala event in the Tower Hotel, with Bausch + Lomb being announced as Overall Waterford Business of the Year and the Queally brothers taking home the title of Waterford Ambassadors of the Year.