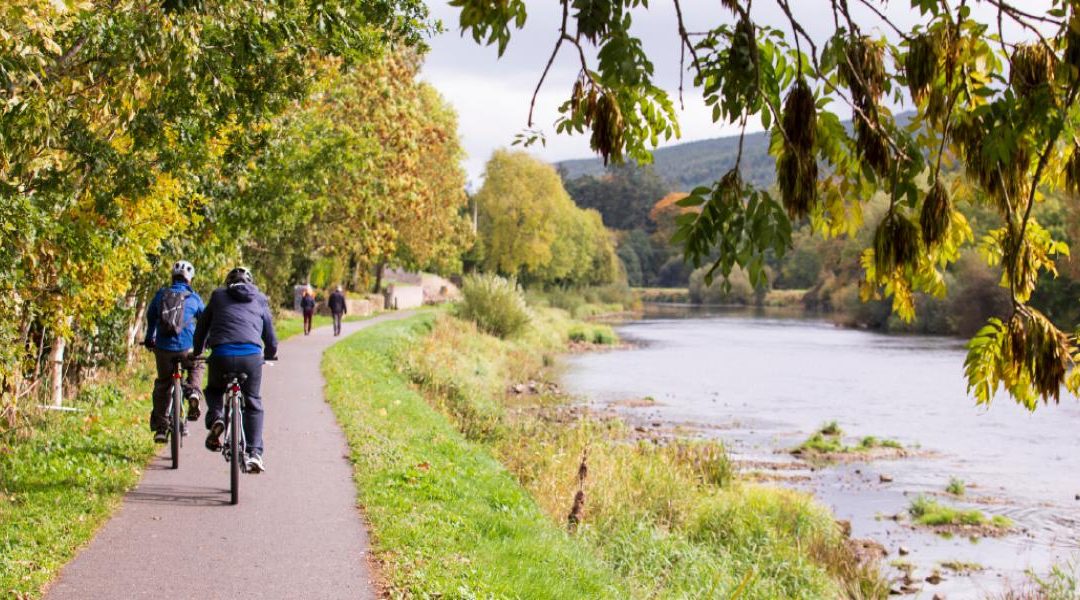 Daniel Keating Reports
A wealth of history, heritage and culture running largely parallel to much of the N24 between Carrick-on-Suir and Cahir is now open to cyclists and hikers alike. Nestled along the north bank of the River Suir lies the €5.6 million Blueway, a 53-kilometre trail stretching from Carrick to Cahir, key points in the pre-existing Butler Heritage Trail. Designated a Blueway last year, the route accommodates walking, cycling and water sports while re-invigorating the history and heritage of South Tipperary. It’s also a superb spot for water sports enthusiasts, whether you’re looking for a relaxing paddle along the Suir or adventure-driven activity.
The project was funded by Tipperary County Council, Department of Transport Tourism and Sport, Sporting Ireland and Department of Rural and Community Development, was six years in the making. 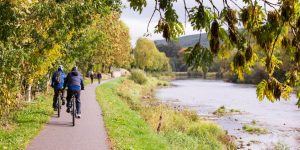 Speaking at the launch of the Blueway on Friday last, Waterford native and Sport Ireland Chief Executive John Treacy said that the Waterford Greenway and Suir Blueway will complement each other. “It is about having facilities at people’s doorsteps that will enable them to conduct and get on with physical activity at a convenient location and having it on their doorstep, whether it’s Carrick on Suir, Clonmel or Chair is really important,” he stated. According to Leas Cathaoirleach of Tipperary County Council, Cllr Michael Murphy (FG) said: “Tipperary County Council and Tipperary Sports Partnership have been working on this project since 2012. We are very excited to see this now come to fruition and to see our investment in our latest tourism offering come to life. Tourism is a substantial growth area for County Tipperary. We have some much to offer in terms of beautiful landscapes, fascinating cultural and historical sites and stories and some of the best food produce in Ireland. Already, one new business has opened as a result of the new Blueway and the council looks forward to welcoming and supporting more new businesses in the coming months and years.”
Said the Council’s Borough District Administrator, Anthony Coleman: “The Blueway is a relatively new concept using rivers and pathways along the Tipperary side of the bank. It gives a variety of leisure activities from walking and cycling, canoeing, paddle boarding and so on…We have a new bike hire company that has started up in the locality and there are other opportunities for business to come on board.” The new path makes exploring some of Tipperary’s most cultured, historic towns and villages a leisurely and relaxing experience. In Carrick, one can learn about Medieval history and its colourful past, including a visit to the Elizabethan Manor built in the 1560s by Thomas Butler, the 3rd Earl of Ormonde.
Once you’re finished exploring the castle, the trail is just a few minutes away at Sean Healy Park before heading west along the Suir to Kilsheelan, a village with a proud Tidy Towns history.
The friendly and welcoming village is pristinely decked out in beautiful floral arrangements which are fitting for its tranquil location beside the Suir. Further along the trail, one arrives in Clonmel, the home of Bulmer’s Cider and upon arrival you will be greeted by Ireland’s largest 300-metre whitewater canoe slalom course.The town has history around every corner, from the Main Guard to the Old Market Stone. It’s also home to the award-winning Hickey’s Bakery located in the heart of the town, established in the 1900s and famous for its Barn Brack. If you’re looking for somewhere to stay while sampling the food and culture that Clonmel has to offer, the family-owned Minella Hotel, built by the Malcomsons (of Portlaw and Adelphi Quay fame) is situated beside the Blueway.
Upon leaving Clonmel, one passes through the small villages of Newcastle and Ardfinnan, before arriving at the Swiss Cottage, two kilometres south of Cahir. Known as the Butler family’s ‘playhouse’, it was constructed in the 1800s for Richard Butler as an entertainment venue for his family. During your visit, one can learn about the cottage, its vibrant past and a refurbishment project which honoured how it looked whilst in the Butlers’ ownership.
Next, you’ll arrive in the elegant town of Cahir, home to one of Ireland’s largest castles. Established in the 13th Century by the O’Brien family, it was granted to James Butler in the late 14th century. From history to scenery and hospitality, the Suir Blueway has something for all the family.
For more, visit www.tipperary.com/suirblueway