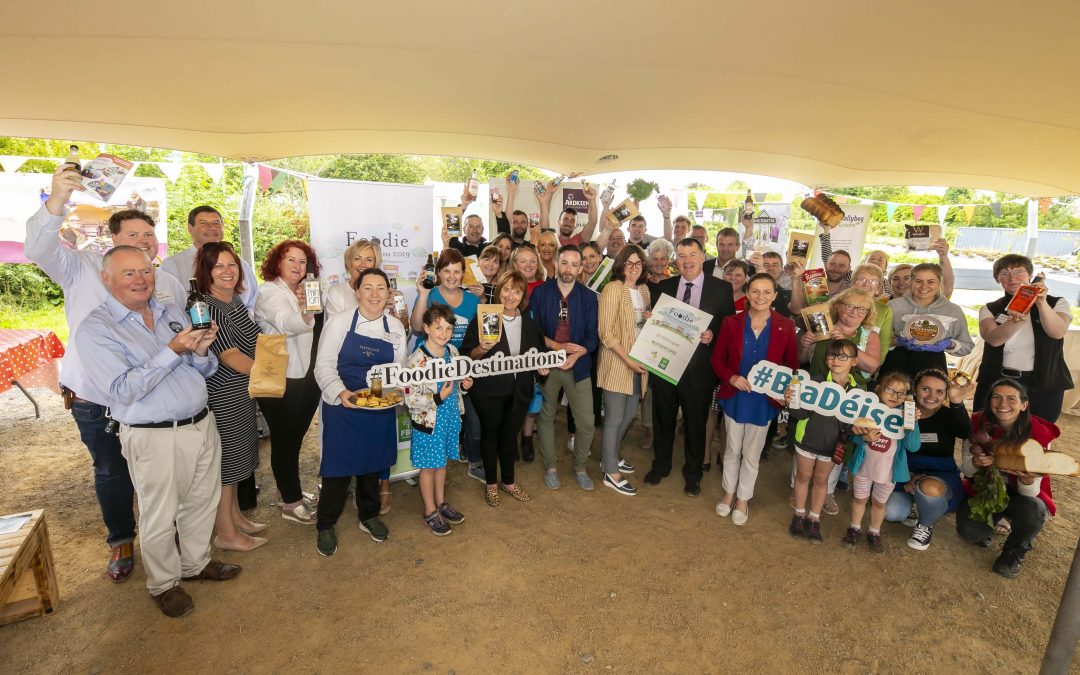 The Restaurants Association of Ireland has announced Waterford as one of the finalists for Foodie Destinations 2019, and judges Anthony O’Toole and Deirdre McGlone were wowed by the wonderful showcase from Waterford’s food and drink providers on show at Grow HQ last Wednesday. This initiative by the Restaurants Association of Ireland celebrates Ireland’s unique and wonderful food offerings and encourages local food tourism initiatives across the country. 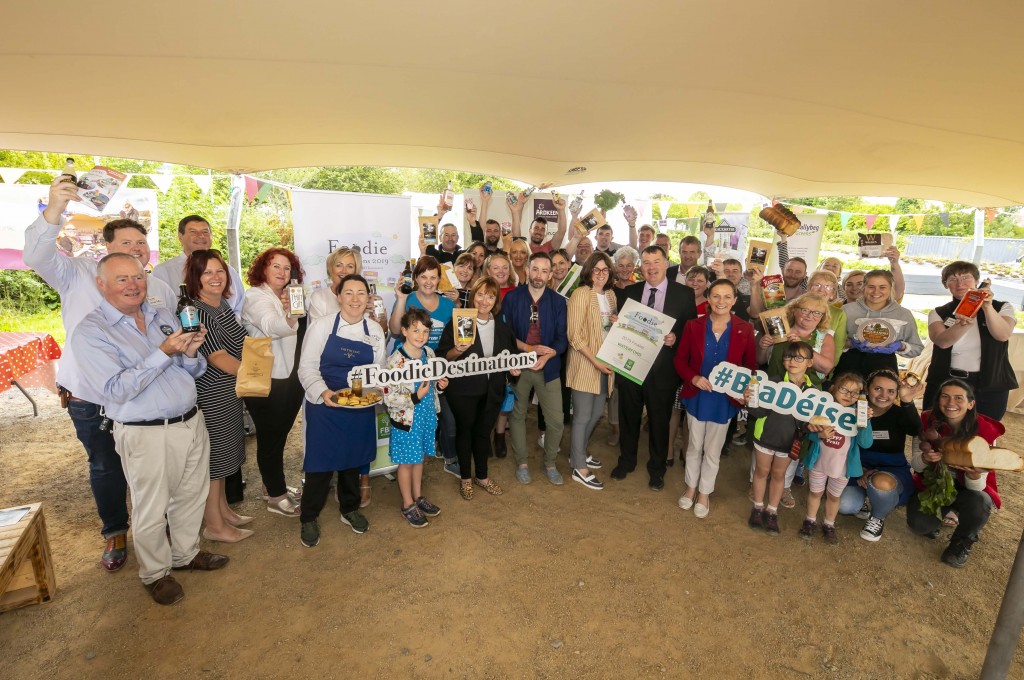 Group pictured at Grow HQ as they showcased Waterford's food and drink.

The Foodie Destinations 2019 competition sees towns, villages, regions and communities from all over the country battle it out to be named Ireland’s top destination for a foodie experience. The 2019 finalists are Waterford, Mid & East Antrim Borough, Taste Causeway/Causeway Coast and Glens Borough, Cavan, The Food Coast Donegal, Galway, Monaghan & Glaslough, Donegal Town and Tralee.
The application was spearheaded by Food the Waterford Way who work with almost 40 food producers, restaurants and markets to promote the rich history of food across Waterford. Waterford deserves to be officially crowned due to its long tradition of community working together to bring great local food and knowledge to the table. Waterford producers and chefs passionately work with the produce of the rich agricultural land of the region that is nestled between the Comeragh Mountains and Celtic Sea as Ireland’s Top Foodie Destination 2019.
Judges Anthony O’Toole and Deirdre McGlone were blown away by the standard, variety and number of food and drink producers from east and west Waterford at Grow HQ when they visited the county last Thursday, preceded by a visit to Kilfarassy beach with the Sea Gardener, Momo Restaurant and Interlude Restaurant, and also dropping in to Mezze Middle Eastern and Seagull Bakery in Tramore.
“We are thrilled to receive the news that Waterford is among the finalists for this year’s Foodie Destination 2019. We feel that we’ve always had the hidden gems and grá for great food, and now we want everyone to know that we have a vibrant foodie scene which includes food festivals, gourmet trails, farmers’ markets, great dining experiences and our established local producer/supplier network. We are encouraging everyone get behind us and most importantly vote for Waterford.” says Éimhín Ní Chonchuir, Co-ordinator for Food the Waterford Way.
Public voting is now open, and everyone is encouraged to go to www.foodiedestinations.ie and vote for Waterford before 20th August. The winner of Foodie Destinations 2019 will be announced at the end of August.
www.foodthewaterfordway.ie / #BiaDéise #WaterFOOD