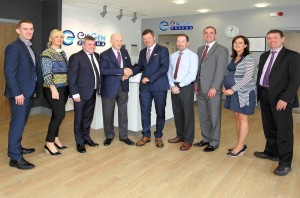 Regular users of the N25 Waterford City Bypass could be facing delays from the autumn, unless a dispute regarding the turning off of eFlow toll tags is resolved.
The Waterford toll, along with those on the M1 and M7/M8, will be affected by the row between Transport Infrastructure Ireland (TII), formerly the National Roads Authority, and road builder Celtic Roads Group (CRG).
The latter has objected to changes to a current agreement which sees the TII charging about a half of one percent for collecting the money from motorists and transferring it to Celtic Roads Group.
It’s understood TII is seeking to double that to at least one per cent and has warned eFlow users that their tags may no longer work from September 1st.
Large commercial and fleet tag holders have been advised to switch to other tag providers such as Easytrip, Parkmagic and DirectRoute, which are not affected by the dispute.
A TII spokesperson said that toll operators were obliged to provide a level of service which would mean opening more toll booths if long queues develop.
In a statement issued last week, Celtic Roads Group (CRG) regretted eFlow’s intentions beyond August 31st, given that “more than two million vehicles use CRG toll plazas on a monthly basis”.
The statement added: “We understand that this action by eFlow will inconvenience many of our customers particularly those who use the eFlow tag service. However, this action is beyond our control. CRG has offered significantly higher payments to eFlow but simply cannot meet what is being demanded without negotiation.”
Said CRG General Manager Lorcan Wood: “We deeply regret the likely disruption and inconvenience to all our CRG customers. We really want to resolve the issue but at the moment we cannot meet the TII demands. We remain in contact with TII / eFlow and continue to encourage them not to withdraw their service from their customers
“The service switch-off decision is entirely out of our hands at the moment. However, we believe it is important for motorists to be aware of the threat of disruption caused by this issue. Customers can use the time available now to arrange the solution most suitable for them.”
eFlow customers with any further queries can contact their tag provider via www.eflow.ie