Caitlin Reddie Reports
The cancellation of the Tramore Promenade Festival (Prom Fest) has been met with considerable local disappointment. The festival, first held in 2014, had become a welcome to Tramore’s summer entertainment schedule. Events Team Chairperson Helen Young has claimed the Festival is unlikely to be revived “for the foreseeable future, largely because of insurance cost.” When WLR’s Damien Tiernan asked how much the insurance has risen, she explained: “I don’t have the figures in front of me, but it is approximately 50 per cent.”
Ms Young added: “I think (insurance prices have risen) because of all the silly claims being made against the insurance companies…even at TD level, they’re making silly claims.”
When asked if the local authority had a role to play in this instance, Councillor Eamon Quinlan (FF) explained: “The Council’s Irish Public Bodies Insurance has clamped down on (festivals) recently, they think festivals are not in the Council’s core duties.”However the €16,000 that was allocated from the Council to the Prom Fest remains intact, and Cllr Quinlan is hopeful that someone will step forward with a new concept. 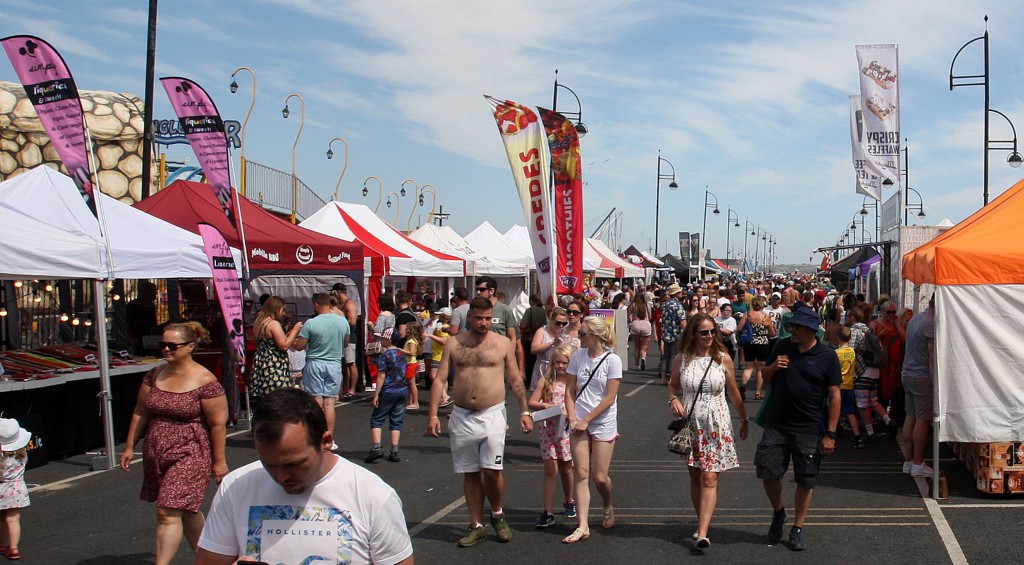 Last year’s Prom Fest was hailed as the best yet held. Alas, it now looks set to be the event’s final staging. | Photo: Jim O’Sullivan

“I have been actively asking people through social media to come forward with new concepts. For example, a Halloween festival could definitely work.” Cllr Quinlan believes that famed local areas such as Tramore’s Doneraile would be ideal to host public events.
Bigger events in Tramore such as the new ‘Konnect Festival’ held at the Racecourse look set to gain further popularity. Said Ms Young: “I’m sure the bigger festivals are finding it difficult as well, but they have huge sponsorship – we don’t have that,” A message posted on the Festival’s Facebook page last week broke the unwelcome news. “It is with deep regret and a heavy heart that The Tramore Events Team announce the Promenade Festival 2019 must be cancelled.
While the Tramore event has not been subject to insurance litigation, a lot of smaller festivals are bearing the brunt from a general increase in claims across the festival sector.” The post goes on to mention more factors for the cancellation, such as: increased Health and Safety compliance, lack of volunteers and lack of local business support.
Despite this setback, there will be activity aplenty in Tramore and its environs this summer, such as Yoga Fest and the annual firework show. This year’s event was scheduled to have been the Prom Fest’s sixth edition and was set to run over the first weekend in July. Since 2014, the festival has celebrated arts, food, and culture and attracted thousands from near and far to Tramore.