The 6,359 jobs currently supported by Enterprise Ireland (EI) in Waterford represents the agency’s highest level across the region, figures released on Wednesday last revealed. However, the South East was outperformed by the West, Mid-West and North West when it came to the number of jobs created during 2017.
The Government agency’s end of year figures revealed the following EI supported jobs in the South East:
Waterford: 6,359
Tipperary: 5,907
Wexford: 4,670
Kilkenny: 4,276
Carlow: 3,034
Total: 24,246
In terms of net change (i.e. gains less losses) in 2017 compared to 2016 (with the year on year change represented in percentages), the South East’s counties fared as follows:
Tipperary: 427 (up 8%)
Carlow: 158 (up 5%)
Waterford: 256 (up 4%)
Wexford: 117 (up 3%)
Kilkenny: 102 (up 2%)
Total: 1,060 (up 4.4%)
Of the 19,332 EI-supported jobs created in the State last year (the highest total it has yet achieved in a calendar year), 1,060 were secured in the South East, accounting for 5.4 per cent of the national increase.
Given that the region has a population of 510,333 (in IDA terms, this includes South Tipperary), approximately 11% of the Irish population, a simple mathematical argument would suggest that EI, and in turn the IDA, ought to be contributing more heavily than they do currently. Granted, such an argument doesn’t take into account the specifications and requirements of EI clients, which has to be acknowledged.
Yet one suspects this population/jobs disparity will again be cited by proponents of a Technological University upgrade (on pre-existing University terms of parity) for the region given the ongoing graduate ‘brain drain’ from the South East to Dublin, Cork and Limerick in particular. 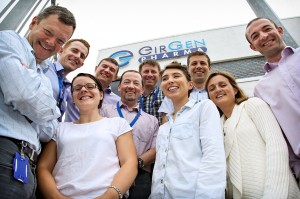 In a statement, EI said 2017 represented a year of “strong job creation” in Waterford as evidenced by the four per cent (4%) increase in job creation across the city and county last year.
“I am very pleased to see this strong level of job creation delivered for Waterford by Enterprise Ireland backed companies,” said Minister of State John Halligan.
“The priority of my Department, through Enterprise Ireland is to support companies in Waterford and right across the country to continue to build on this strong job creation performance into 2018.”
According to his senior colleague, Minister Heather Humphreys: “My Department’s eight Regional Action Plans for Jobs, which will be a key focus of my work in the coming period, are now embedded across the country. They are excellent examples of government agencies like Enterprise Ireland, local authorities, the Local Enterprise Offices and businesses working together to tackle regional issues. These results mark another step in the right direction for our regional plans.”
Job creation was “evenly spread across the country” according to EI, and encouragingly, every county experienced job increases, with just under two thirds (64%) of all new jobs created outside of Dublin. Meanwhile, the West, Mid-West and North West all experienced 7% increases last year.
Nationally, the following sectors enjoyed noticeable increases:

Construction: 8%
Engineering: 8%
Life Sciences: 8%
Digital Technology: 6%
Electronics: 6%
ICT: 5%
Food: 4%
According to Enterprise Ireland Chief Executive Julie Sinnamon: “These figures represent another year of strong performance by our client companies who now employ over 209,000 people and are a barometer of the robust health of Irish businesses. Despite the challenge and uncertainty created by Brexit, Irish companies have continued to grow their global exports, supporting strong job creation across all of the regions of Ireland.”
Incidentally, IDA-supported companies in the South East account for 72 multinational companies and employ 13,369 people across a range of sectors, including Pharmaceuticals, Medical Devices, Engineering, Business and Financial Services and Technology.
EI-supported clients in Waterford include Sun Life Financial, RouteMatch Software, Agora Publishing, Bausch + Lomb, Opko Health (via EirGen Pharma), West Pharma and Bluefin Payment Systems.