Development of South Kilkenny landbank identified as key to concentric development
The primacy of Waterford city as the South East’s main ‘area of urban influence’ is one of the key features of the Southern Regional Assembly’s Draft Regional, Spatial and Economic Strategy (RSES). Addressing Councillors at the February meeting of the Piltown Municipal District in Ferrybank, Kilkenny County Council Senior Planner Denis Malone said the greater Waterford city area accounted for approximately 83,000 people. This critical mass was referenced in Kilkenny County Council’s submission to the RSES, adding that Kilkenny city, in addition to Clonmel, Carlow and Wexford Towns would provide strong support to the region’s capital.
In a joint submission to the RSES by the region’s five local authorities, the South East is described as “Ireland’s Gateway to Europe, working in support of the Greater Dublin Area, as Dublin’s nearest City Region.” Specific to Kilkenny County Council’s submission to the RSES, in addition to the aforementioned greater Waterford population, other noteworthy aspirations include:
* A Technological University of the South East delivered on a multi-campus format and
* Being party to a region which offers “an alternative choice for the location of development and is complimentary to Dublin”, in addition to acting as “a region that is a driver of economic growth in the National context”.
The population differentials between Waterford City (55,000) and Cork City (208,000 – soon to be expanded due to a pending boundary amendment) made it “difficult for Waterford to compete at the same level”, said Denis Malone.
The delivery of a TU, he added, would be “a real game changer for the region” while the “whole idea of Waterford as a city of concentric development also had to be examined…how much of that development will be on the Ferrybank side and the Waterford side is all yet to be determined”. The allocation/aspiration of developing 850 new houses in the Ferrybank area, in the context of the greater city’s concentric development, is “insufficient” in Mr Malone’s view, who added: “that’s quite a limited number taking the Project Ireland 2040 timeframe into account”. 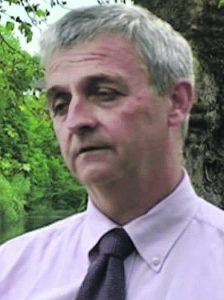 Mr Malone also referenced the regional significance of University Hospital Waterford (UHW), stressing that its service provision “should be commensurate to the needs of a region with a population in excess of a half million people”. Mr Malone also felt the notion that the Waterford City Region could act as “a release valve” placed the city and region at a disadvantage, adding: “We need to emphasise the unique selling point of both Waterford and the South East.” In relation to Kilkenny’s role as an economic driver within the region, Denis Malone felt the draft document has not sufficiently emphasised the county’s contribution. “I feel it needs to be stratified more,” he stated, given that Kilkenny City is the State’s eighth largest employment centre.
“Kilkenny’s performance in this regard is significant,” Mr Malone added, noting that its 13.3 per cent population change, as recorded between the 2006 and 2016 Censuses, outperformed both the region (9.9) and the State (12.3). Reacting to the briefing document, Piltown Municipal District Chairperson Ger Frisby (FF) said a master plan for the large tract of land inside the N25 Bypass was required, while the existing Ferrybank Local Area Plan should be included in the agreed RSES document.
“This is a huge area we’re talking about, a tract of land which will play a huge role in the future growth of the wider area…it’s a key area, there’s going to have to be a lot of collaboration on both sides of the boundary and it’s vital that we get this right.”
Cllr Melissa O’Neill (Ind) said the detail of the briefing presented by Mr Malone was a source of “shock”. She stated: “I am very shocked to see how low down Kilkenny has been put in this document. To me, we are being totally forgotten about given what’s been put to us here, not that I’m shooting the messenger (she stressed when directly addressing Mr Malone). It’s as if Kilkenny has just been dropped from the 2040 plan. The housing figure mentioned (for Ferrybank) is just unbelievable, there’s little to nothing in it about retail, nothing about PLUTS (the Planning Land Use Transportation Study) and he we are, sitting in a supermarket which has been empty since 2008. Personally, I can’t wait for an election.” 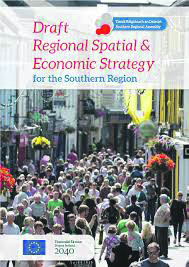 Cllr Pat Dunphy (FG) warned that “there have been a lot of plans in the past that have just ended up on shelves”.
He added: “When you look at what’s been said about the projected population growth in the South East and particularly what’s been said about Waterford (a city and suburban population of 81,000 by 2040), then you need to have the infrastructure in place to take that growth into account. We clearly an upgrade of the N24 to improve connectivity between the South East and the Mid West and we’re also the closest region to Europe, with ports in Belview and Rosslare. As things are, the infrastructure in the region is not fully right and for me, this has to be the priority and it has to be done with more haste.”
Cllr Dunphy also felt that the draft presented to Councillors contained “very little on energy…and when you think a few years ago when we were threatened with masts and pylons being put up all over the region, it’s clear that we need something in relation to energy is adequate and not over the top”. Cllr Tomás Breathnach (Lab) described the document as “a completely different from what we had heretofore and is an amalgamated plan for what has been, up to now, three different regions (the South West, the Mid West and the South East). People in the South East have a sense of identity in being from this particular region as opposed to any wider identity…I would like to see a greater emphasis placed on the South East as a distinct region and I also feel that there is a great deal more to the South East than being just a release valve for the Greater Dublin Area, which we should also make clear.”
Cllr Breathnach, in addition to Cllr Eamon Aylward (FF), both believe that the South East Regional Authority should not have been stood down. “It was a hugely productive body,” said Cllr Aylward, “and having sat on that authority, I feel we’ve missed out by not having it over the past few years.” The final submission deadline for the RSES is Friday, March 8th and it’s believed it will be approved by July.