Concerns over 'lack of permanency' in local 1916 commemoration programme 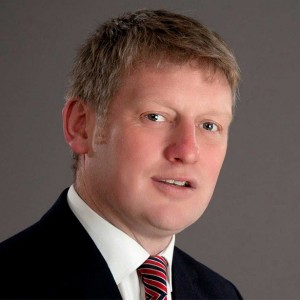 WATERFORD City and County’s programme of events for commemorating 1916 has been presented to local councillors.
At the October plenary meeting of Waterford City & County Council, commemoration co-ordinator Jane Cantwell presented the proposed programme of events.
While generally welcoming the programme, a number of councillors expressed disappointed over a “lack of permanency”.
Cllr Jason Murphy (FF) called for the establishment of a permanent memorial so that the events of 1916 would not be forgotten in Waterford.
While praising the memorials in honour of ‘Boy Soldier’ John Condon and those from Waterford who died in World War I, he said there wasn’t any memorial of a similar scale in honour of those who died for Irish freedom.
He called on the council to “put their money where their mouth is” and establish a permanent exhibition in one of Waterford’s museums.
Cllr M J O’Ryan (FF) agreed that something permanent was needed as part of the programme of events to commemorate the events of 1916.
“This doesn’t just end on December 31st 2016. This will start a seven year period of commemoration,” he said.
Cllr John Hearne (SF) also called for the establishment of a permanent memorial.
“I think we have completely underestimated the importance of 1916,” he said.
He said people all over the world had taken inspiration from events in Ireland during 1916.
Cllr Lola O’Sullivan (FG) agreed that there was an opportunity to properly commemorate 1916 in Waterford and an opportunity for councillors to come up with suggestions.
Cllr Damien Geoghegan (FG) agreed that it was important to have a permanent structure in place which people could visit.
Meanwhile, Cllr Joe Kelly (Ind) said it would be a shame to miss out on such an opportunity and highlighted that the celebration belonged to every citizen in the country and no political party.
Last week, An Taoiseach Enda Kenny and his ministers launched the nationwide celebrations.
More than 1,800 community events are already planned throughout the country for the 1916 commemorations next year.
Exhibitions, music shows, heritage projects and visual shows and lectures will all form part of events around the country.