Aoife Hanrahan: the Queen of Teleskuf

Aoife Hanrahan is a 40-year old Waterford woman who resides in Clonard Park. In recent years she has travelled abroad, carrying out humanitarian volunteer work for unfortunate people who have been the victims of injustice.
Last year, Aoife made the long journey to Kurdistan and during the course of last week I caught up with her to find out how her latest mercy trip unfolded. Kurdistan is an autonomous region which covers Iraq, Iran, Turkey and Syria. The Kurds have their own mother tongue and Aoife can speak and understand Sorani (one of seven Kurdish dialects) which helped while in the Kurdish region of Iraq, 3,500 miles from Waterford, which she travelled to last September. 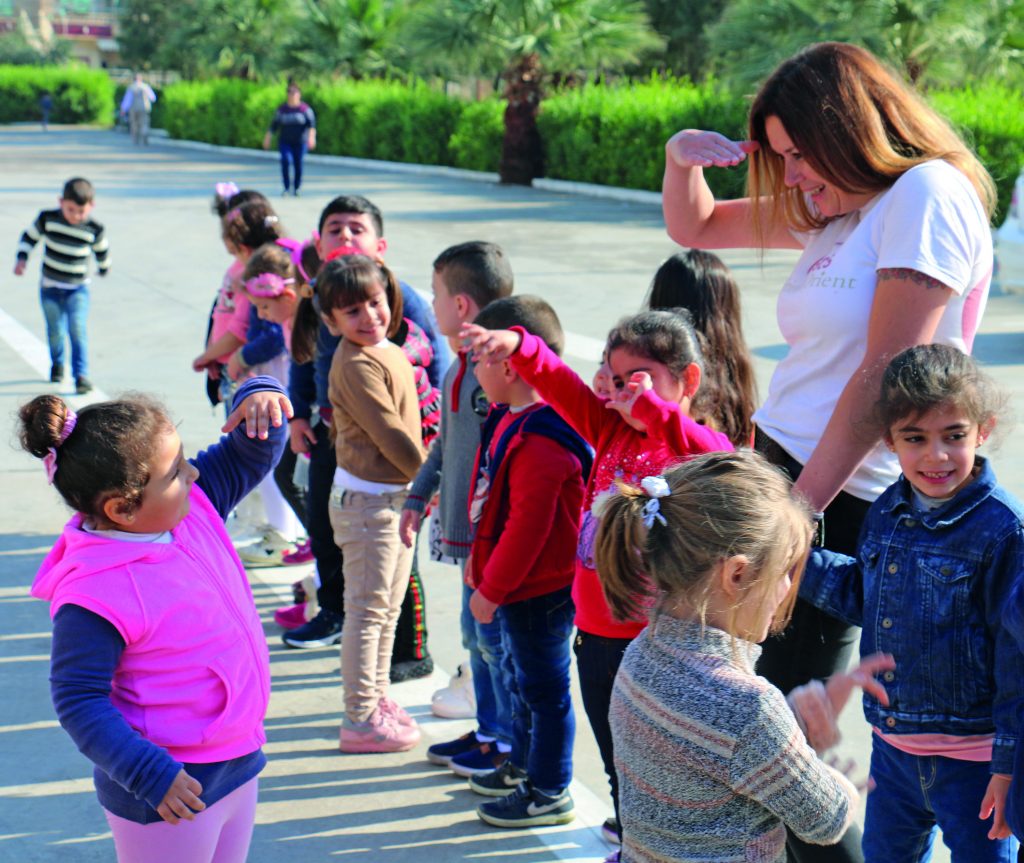 “While I was in Erbil (Kurdistan), I volunteered with a French Non Government Organisation (NGO) to visit and evaluate the needs of Internally Displaced Persons (IDPs) for two weeks,” she said.”I heard very personal and first hand stories told to me from the persecuted people of the aftermath of the 2003 Iraq war about how unstable life is in Kurdistan which is a liberal area of Iraq but is still extremely difficult to live in due to economic, medical and educational pressures ”
Aoife continued: “One particular man discussed how he ended up in Ankawa (Erbil) from the Dormiz IDP and Refugee camp. He was a bus driver in Baghdad and then moved to Mosul fought in the Iran/Iraq war in 1982…When ISIL defeated the Iraqi Army in Mosul in June 2014, ISIL invaded, they slaughtered his children in his kitchen and tortured his brother. As this discussion was taking place he felt comfortable enough to show graphic photos of the attack and torture of his family. He and many other Iraqi war veterans are cast aside by the Iraqi government without their retirement military payments.”
The Kurds are known for their bravery in the battles against ISIL as they attempt to protect their people and homelands from radicalisation. Iraqi Kurdistan also hosts refugees from Syria, so a war torn country is trying to support refugees from its neighbouring country. The minorities there are hunted by the Islamic State (ISIL) as they are classed “Kafirs” (an Arabic term meaning “infidel” “rejectors” and “disbeliever”).Aoife’s goal was to volunteer with the minorities of Iraqi Kurdistan which are the Assyrian, Yazidi, Babylonians, and Chaldean people of the Nineveh Plains. The Nineveh Plains is a region in Iraq’s Nineveh Governorate to the north east of the city Mosul. It is also known as the Plain of Mosul.
“As my Kurdish visa was in its application process to allow me to travel to the Nineveh Plains, I met an elderly man in the registration line who was a neurosurgeon from Syria wanting to work in the main hospital in Erbil for 10 days. He gave his number to me to use if needed while I was there. Humanity hides in the most unusual places!” The next stop for Aoife was a town called Teleskuf, where the work demanded all of her skill sets. “Teleskuf is located 19 miles from Mosul. It was captured by ISIL in August 2014 and May 2016 and is now partially re-inhabited. Hungary Helps, an NGO from Hungary provided €1.9 million to re-build homes, schools and shops. All of the volunteers used our skills to block-laying, mixing cement, while renovating shops which will be re-opened to create jobs. I painted some artwork and planted grass seeds with the young girls in the local school in Teleskuf. Team building and respect for the environment was part of my creative therapy programme. I also taught English twice a week with the adults through art. The creative therapy project was greatly appreciated by Father Aram who is founder member of the New Hope Trauma Centre in Iraq.”
Aoife was ‘crowned’ the ‘Queen of Teleskuf’ by her fellow volunteers and the locals of Teleskuf, a call that was largely led by the school girls. The next humanitarian step for Aoife is to follow up on her applications with the United Nations and to create an art exhibition to demonstrate the refugee crisis she became more accustomed to following her visit to the Calais Refugee Camp in 2015.
Aoife expressed her thanks to Irish artist Jim Fitzpatrick (famous for his iconic 1968 two-tone portrait of Che Guevara), local artist Ben Hennessy, The Butterfly Band and the local artists and friends who donated and purchased artwork towards the fundraising which helped her to reach Iraq. Aoife returned to Waterford on December 1st. She suffered illness during the trip but she never wilted in her quest to help make life better for the people she cares so deeply for. She is further plans in the pipeline and will make those known in the fullness of time.