Bob Dylan to be Revisited at Garter Lane

SINCE the 1960s, we have been spoilt by the prodigious output of the legend that is Bob Dylan. His quality song writing has garnered multiple awards and influenced artists throughout the world for almost seven decades. His writing status is such, that he was cemented in history with a Nobel Prize award for Literatures in 2016. On January 24, Garter Lane Arts Centre presents one of the finest tributes to Mr Dylan that there will ever be. 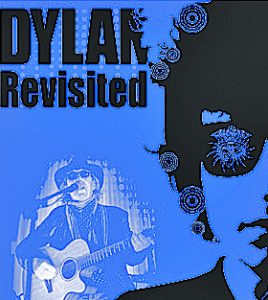 No matter what decade you choose, there is a favourite album or a bunch of songs that means something of significance to many Bob Dylan followers and Dylan Revisited provide the audience with a sense of these songs throughout his long history. That’s 50 years of the great man’s work.Dylan revisited is presented by Mr JBlack who has spent decades honing the skills that have produced a tribute show like no other. His band also includes musicians that have actually played with Bob Dylan so the authenticity of the show is assured.
Along with solo acoustic renditions of songs such as “Blowing in the Wind”, “The Times They Are a Changing” and “A Hard Rain a-Gonna’ Fall” and full band songs, such as “Desolation Row” and “Like a Rolling Stone”; the Dylan Revisited also include versions of songs performed with the Grateful Dead, Eric Clapton and Bruce Springsteen “All along the Watchtower” and “Knocking on Heavens Door” are given a full-blooded Rock treatment, but are balanced by the Country Sound of “I’ll be your Baby Tonight” and “Lay Lady Lay” The great middle seventies period is not neglected with songs from Blood on The Tracks and Desire and the show is completed with songs from the more recent albums such as Time Out Of Mind, Modern Times, and The Tempest, along with a selection of Dylan’s great work with The Travelling Wilburys. From “Blowing in the Wind” to “Duquesne Whistle”, songs are drawn for 50 years of Bob Dylan’s song writing (1962 to 2012). The Bob Dylan Band celebrates the music of Bob Dylan through a totally live concert experience, great musicians exploring great material.
Dylan revisited celebrates Dylan’s music with a good time approach to the rock and roll, blues, folk, country and jazz of his 50 years legacy of song writing, with top musicians in love with his music, and having a great time playing it.
Tickets for Dylan Revisited, which takes place on Thursday, January 24th, are priced €16 and are available from www.garterlane.ie or from the Box Office at 051-855038