The Comeraghs Wild Festival 2019 has broken all records, beaten all expectations and was a rip-roaring success from start to finish, the organisers say.Several key events were completely sold out well in advance of the four-day, family focused festival of food, music, literature, history, art, outdoor pursuits and so much more. And attendance from outside the key captive audience area of Waterford was also up, the voluntary committee found. 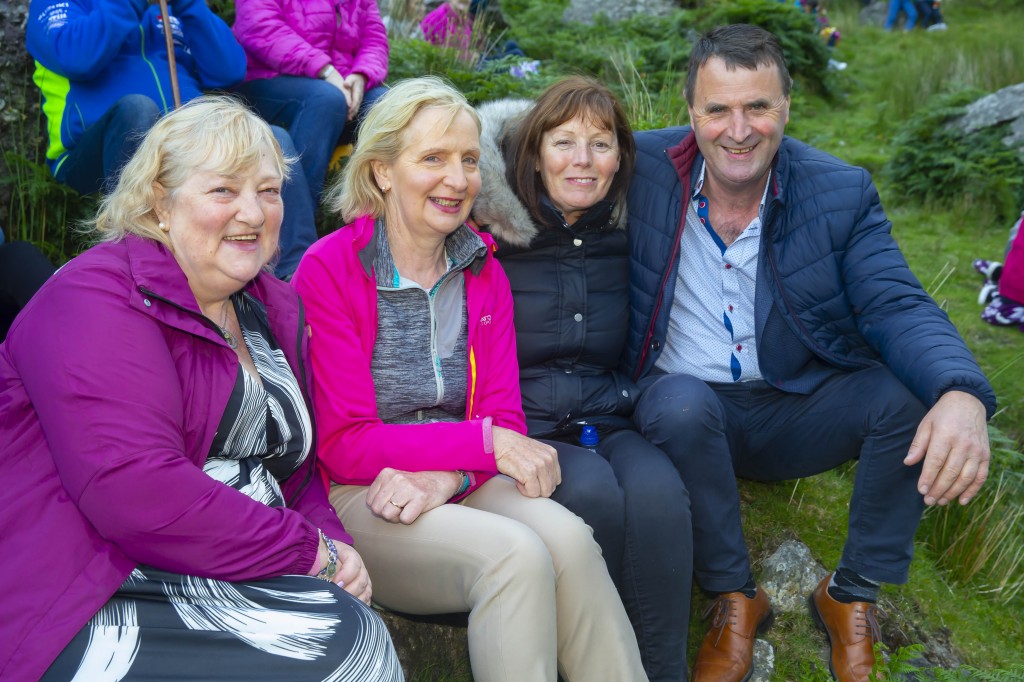 “We couldn’t be happier,” spokesperson, Bernadette Drohan, said. “The feedback has been extremely positive. There were, of course, a few stand-out events and anyone who attended the concert at Mahon Falls with Don Mescall and the Mount Sion Choir really had a fantastic evening. Everyone was raving about the choir, their energy and the positive vibe that just oozes from them.
“We are very, very thankful to the organising committee, to Waterford City & County Council for their support and to absolutely everyone who came out day after day, night after night to support this year’s festival. We will be celebrating the 8th Comeraghs Wild next year and we’re already plotting and planning a few surprises to shake up the programme a bit,” Ms Drohan added.
Comeraghs Wild 2019 opened with a sell-out show, My Auntie Bee, in Kill. Other events that sold out and were well received included a workshop with Karen Power at Curraghmore; children’s events and yoga in Crough Wood and the Holy Smoke evening with talented local chef, Decky Walsh. Over 400 enjoyed Wuthering Heights on the lawns on stunning Curraghmore House & Gardens in blistering sunshine on Sunday afternoon.
Large crowds also attended sea gardening, the afternoon talk at Curraghmore, the open-air Portlaw Goes Wild evening and the fabulous Hoolie in the Hills at Rathgormack. The festival closed in Kilmacthomas with a fabulous, family-focused evening under the Viaduct with Room 55, Brass & Co and concluded with Gina, Dale Haze and the Champions with special guest, Ronan Collins.
The incredible weather played a huge part, festival chairperson, Mary Flynn, said. “The weather was glorious and it made such a difference. It was great this year to see so many visitors from outside Waterford attending events. We spoke to lots of the people attending the various events and many of them were holidaymakers staying in Ardmore, Dunmore and elsewhere.
“Comeraghs Wild is a great festival and it’s brilliant to see the festival’s appeal growing. It’s particularly encouraging to see so many people interested in hiking, biking, walks, talks, surfing and so much more. It’s been a great four days in which we showcased this region at its very best. We’re very proud to have been involved with Comeraghs Wild 2019,” Mary concluded.