Waterford city’s big music weekend of the summer has arrived as Daytripper takes over The Gasworks on the Waterside this Friday through to Sunday.
There’s something for everyone over the weekend with Sister Sledge, Heather Small (of M People fame), Mack Fleetwood, Thank Funk providing a massive 80s/90s Pop Party on Friday.
Meanwhile, Basement Jaxx, King Kong Company, Jenny Greene, Billy Scurry & Johnny Moy with the Retro Rave Vibes will set the pluses racing on Saturday while the biggest chart act of the year so far, Rudimental, will headline the Sunday with support from Sigala, Smash Hits, MC Pat Flynn and Marshal.
Friday, August 24th 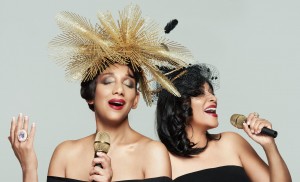 Who is up for the biggest singalong 80s/90s pop party that this city has ever seen? The headliners are one of the most iconic female groups of all time, Sister Sledge, who dominated the singles chart in the 80s with hits like ‘He’s The Greatest Dancer’, “Lost in music”, ‘Thinking of You’, ‘We Are Family’, ‘All American Girls’ and ‘Frankie’, will be joined by Heather Small (M People) who had a similar level of success a decade later in the 90s with Top 10 hits like ‘Moving On Up’, ‘One Night In Heaven’, ‘Search For The Hero’ and her Number 1 solo hit ‘Proud’.
Completing the Friday night bill are Europe’s top Fleetwood Mac Tribute, Mack Fleetwood, and Waterford’s own funk-soul-brothers, Thank Funk, playing the greatest hits of Chic, Stevie Wonder, Michael Jackson, Jamiroquai and more. It’s shaping up to be ‘One Night In Heaven’.
Saturday, August 25th 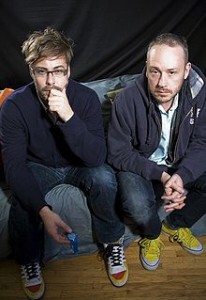 Home favourites King Kong Company will set the ball rolling with their fantastic dance act on Saturday night, followed by Simon Ratcliffe and Felix Buxton, collectively known as Basement Jaxx, who will perform a 2018 Irish exclusive of the brilliant set that they’ve brought to Bestival, SW4 (London), Defected (Croatia) and the most talked about residency at Hi (Ibiza) this summer.
he dance music legends have twice won the Brit Award for ‘Best Dance Act’ and also a Grammy for their album ‘Kish Kash’.
Also on the bill is Ireland’s highest profile dance music DJ, Jenny Greene, with an Electric Disco old skool set to get you right in the mood for some retro rave. Dublin’s original ‘party boys’ Billy Scurry and Johnny Moy start proceedings with a rare back to back set, so get down early to The Gasworks for a superb Saturday night!
Sunday, August 26th 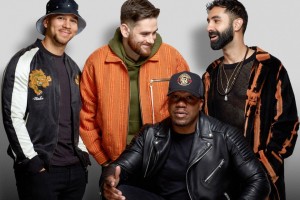 Rudimental will headline the Sunday set at Daytripper to celebrate the huge global success of ‘These Days’. The lads have already played amazing headline sets this summer at Sea Sessions (Donegal) and Fever Pitch (Galway) and now they’re setting their sights on the Waterside. Special Guest on the night is Sigala, who has had six platinum Top 10 singles over the last couple of years including ‘Easy Love’, ‘Sweet Lovin’ and ‘Came Here For Love’. Sigala has had a ludicrous 500 million YouTube views, is coming up on a billion Spotify streams, and has spent 130 weeks in the UK charts to become the number one most played British male on UK commercial radio.
Also on the bill for Sunday are everyone’s favourite festival band, Smash Hits, MC Pat Flynn, and Marshal. By the close of the night on Sunday, you’ll be loving ‘These Days’.
Tickets are available now at Daytripper.ie and No 21 Off Licence, The Glen and will also be available each night at the Daytripper box office on the way into the venue