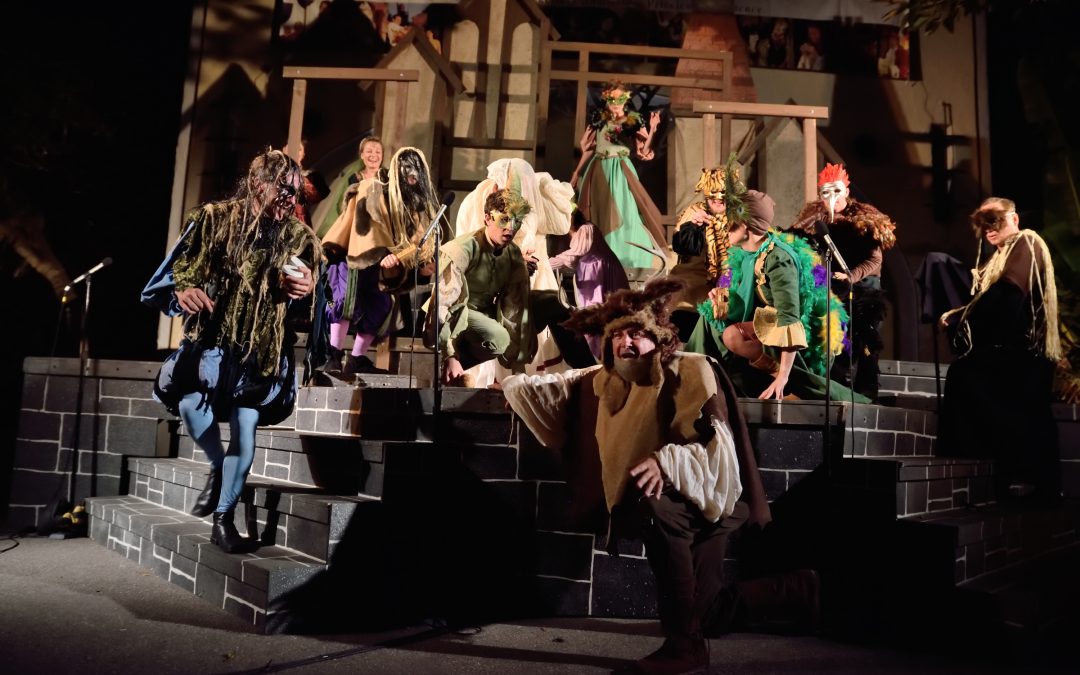 Garter Lane Theatre will showcase their stunning new digital cinema package with a live screening of The Merry Wives of Windsor, the only comedy that Shakespeare set in his native land, on Saturday next, September 28th.
Drawing influences from 1930s British fashion, music and dance, this new production from Shakespeare’s Globe will celebrate women, and the power and beauty of nature. With its witty mix of verbal and physical humour, the play celebrates a tradition that reaches right down to the contemporary English sitcom. 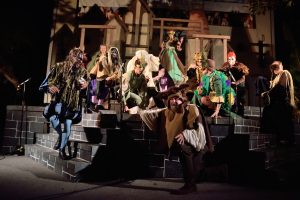 The play, which features Sir John Falstaff was first published in 1602, though it’s believed to have been written sometime before 1597. Falstaff, staying in Windsor and down on his luck, decides to restore his fortunes by seducing the wives of two wealthy citizens. He sends Mistress Page and Mistress Ford identical love letters, but they discover his double dealing and set about turning the tables, arranging an assignation at Mistress Ford’s house.
Without giving away too much, we’ll say that Frank Ford has heard of Falstaff’s plan and decides to test his wife’s fidelity. Pretending to be Master Broom, he pays Falstaff to seduce his wife on his behalf, twice almost catching them together. It’s a comedy, it’s a farce, it’s the less written about but often lauded comedy genius of Shakespeare at work.
Directed by Elle While, the production stars Olivier Award-nominated Bryony Hannah (Call the Midwife, The Children’s Hour), Sarah Finigan (Suffragette, Upstart Crow) and Pearce Quigley (Hamlet, As You Like It) as Falstaff. The Merry Wives of Windsor will be staged at the beautiful and iconic Globe Theatre in London and will be broadcast live to cinemas.
Tickets, from www.garterlane.ie, are €12.50 (€10 concession). Show starts at 7pm and runs for 180mins approx.