Acts of Allegiance, the new novel from Waterford native Peter Cunningham is the book he was always destined to write. At its heart is a seemingly quiet and diligent civil servant Martin Ransom, who is sucked into a world of discreet espionage that escalates into deadly action and betrayal. Like the novel’s protagonist, Peter Cunningham’s father was actually a spy – something the author only learned later in life – who provided information in the 1940s on possible IRA operatives employed on British Army building projects.
Now decades later, Cunningham’s personal history echoes in ‘Acts of Allegiance’, a compelling tapestry of duty, betrayal, loyalty and love worthy of le Carré or Simenon. He will be reading from his work at Ardkeen Library on Tuesday, November 21st at 6.30pm and Tramore Library on Thursday, November 23rd at 6.45pm.
Peter Cunningham comes from Ballybricken. He began writing at an early age and continued to write in university and as a young adult. He also worked in a variety of other jobs, including accountancy, the sugar industry, and farming. He first wrote thrillers, but
following the death of his eldest son in 1990, the direction of his writing changed. 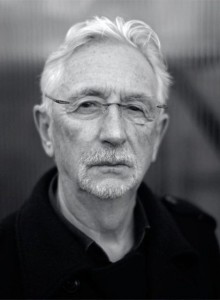 ‘The Taoiseach’ proved a controversial best seller, whilst for ‘Capital Sins’ he was described by the Irish Times as “the Hemingway of the Celtic Tiger”. His series of novels based on life in Waterford, which he fictionalised as the city of ‘Monument’, have been widely acclaimed, with ‘The Sea and the Silence’ winning the prestigious Prix de l’Europe. His previous novel, ‘The Trout’, was also published by Sandstone Press in the UK, by Arcade in the US, and Gallimard in France. In ‘Acts Of Allegiance’, the city of his youth once again features prominently, in this rich and expansive novel that spirals into an explosive literary thriller.
The book is set in April 1969. Irish diplomat Marty Ransom has been summoned to Saint-Cloud racecourse to meet the Irish Minister for Finance, Charles J. Haughey. Marty does not yet know it, but this meeting will change the course of Irish history. Haughey wants to forge his own secret contacts with the emerging republican leadership in Northern Ireland and has learned that Marty’s cousin and childhood friend Ignatius Kane, is associated with key republican activists. The Minister wants to get funds to these players to arm them against Protestant loyalists. He wants Marty to be his go-between and he reluctantly agrees to help. But Haughey cannot know where Marty’s true allegiance lies.
Spending his working days in the ornate surroundings of Iveagh House on Dublin Stephen’s Green, Marty is a career civil servant in the Department of Foreign Affairs. He is tasked with dull trade agreements and Ireland’s gradual move towards entering the European Community. Happily married, spending weekends at the faded family estate outside Waterford, Marty’s contented life somehow is not enough. An offer to help in some ‘important work’ proves just as irresistible as the woman – Alison Chase, the MI5 operative at the British Embassy – who delivers it.
As the North ignites and vicious sectarian violence breaks out, fuelled in part by the cash Haughey has channelled, Marty comes under increasing pressure from his British handlers. His father’s mysterious past and his own childhood bonds ultimately present terrible choices and different masters to appease. In the deadly zero-sum game of counter-espionage, the balance of power will always swing back to the other side.

Acts of Allegiance is available in bookshops and online and from www.SandstonePress.com.