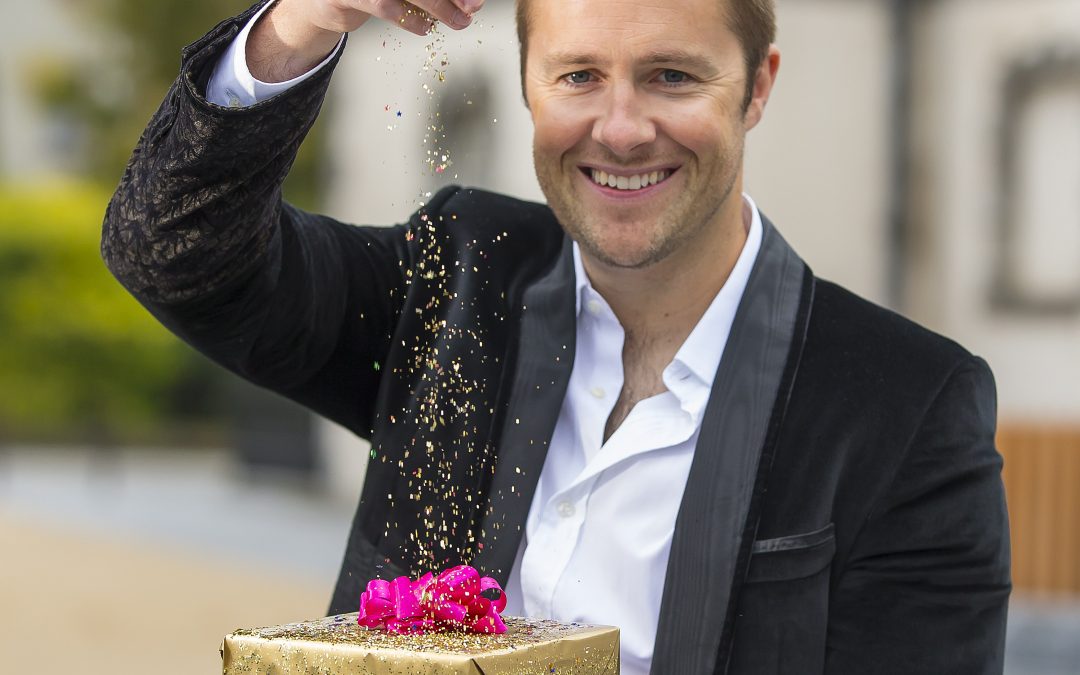 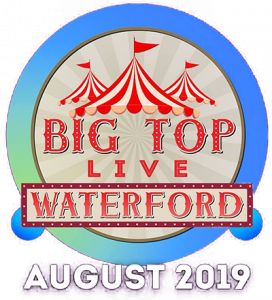 WITH the magnificent Spraoi and All Together Now festivals in the rear-view mirror, all eyes are on the Big Top, which will bring a week of top-class entertainment to the Waterside, from Monday, August 19- Sunday, August 25.The Big Top is exactly what it says, a massive Circus tent, with capacity for over 3,500 people, that will be located on the Waterside Car Park, bringing an event the like of which is rarely seen in the South East of Ireland.
Speaking about the event this week, promotor Neill Kelly said that it will have “something for everyone”.
“When we sat down to plan this event the word we used more than any other was ‘unique’,” Neill said. “We wanted to bring something to Waterford that had never been seen before, and we’re confident that we have done just that.” 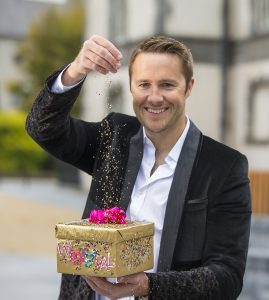 : Keith Barry is one of the top acts set to entertain in the Big Top from August 19th to 26th.

It all kicks off on Monday night with the brilliant Finbar Furey – the legendary singer, songwriter, multi-instrumentalist, composer, producer, storyteller and actor. Finbar is best known for the amazing string of hits he released with his brothers as The Fureys. Singles such as Sweet Sixteen, The Green Fields of France, The Red Rose Café, Go Lassie Go and more have become Irish anthems.
On Wednesday, August 23 international star – who just happens to be a Waterford man – Keith Barry will bring his new show ‘Brainwashed’ to the Big Top. Asked to give a little teaser of what the audience can expect, Keith said it will feature ‘brand new demonstrations’.
“The show will be a mixture of implanting and extracting thoughts from people as well as some interesting influencing behaviour,” he said. “Some demonstrations will be straight from my new TV series, which is currently in production with RTE, so Big Top spectators will get a sneak preview of that.”
There’s also going to be an Indie night featuring the Happy Mondays, King Kong Company and the Backroad Smokers Club and on Sunday, August 25, an amazing week of entertainment will climax with a 90’s Old Skool revival featuring The Vengaboys, Snap, Robin S, Katrina and the Waves, Ultrabeat, Abbaesque and Spring Break.
“The entertainment is going to be Top-Class, but there will also be a really brilliant, locally inspired hospitality offering,” Neill said. “There’s going to be a full bar and food offering from the local experts in La Boheme, Burrza, Momo, Loko and Revolution.For more info and tickets info, you can visit www.bigtoplive.ie