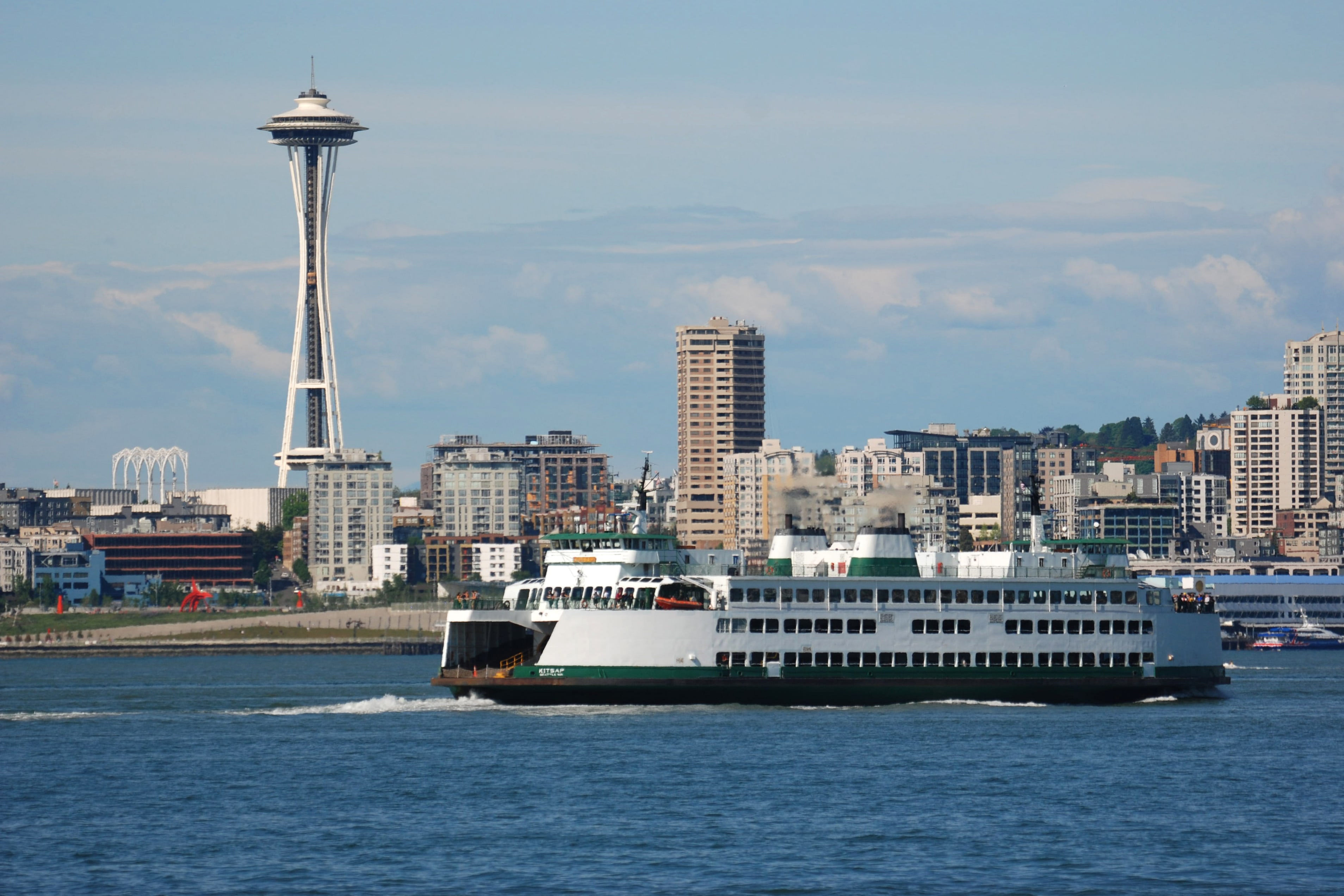 SEATTLE may not be the first city that springs to mind for Irish tourists planning a trip to the United States.

However that is certain to change as Seattle, the largest city in Washington State, is expected to be one of the fastest growing US destinations for travellers from this side of the Atlantic in 2017.

It’s no coincidence that both Ireland and Seattle share the word ‘Emerald’ in their nicknames.
What’s the factor which both locations have in common? You guessed it – lots of rain.

However, this isn’t necessarily a bad thing as this has contributed to creating wonderful greenery around Seattle.
But before exploring the countryside and vast forests of Washington State, I wanted to discover what the metropolis of Seattle has to offer.

Although you may not have visited Seattle, you are probably more familiar with the city than you might think.
Seattle features prominently in some very well-known TV shows, films and books.
Hit TV series Frasier and Grey’s Anatomy, the international bestselling Fifty Shades trilogy, as well as popular nineties movie Sleepless in Seattle are all set in the city.

Seattle’s Space Needle is the without doubt the most recognisable symbol of the city.
Built for the 1962 World Fair, it was once the tallest structure west of the Mississippi River.
The project was based on the Eiffel Tower and the construction and design process are explained in an exhibition space located at the base of the Needle.

The elevator trip to the Needle’s observation tower takes just 41 seconds – and is probably not for the faint hearted!
From the deck, you can observe the Olympic and Cascade Mountains and the mighty Mount Rainier volcano.
Many of the exact locations of Seattle’s popular culture references can be viewed from the top of the Space Needle.

At the nearby EMP (Experience Music Project) Museum, I explored exhibitions dedicated to two famous sons of the area.
Kurt Cobain and Nirvana catapulted Seattle and Washington State onto the international rock music stage in the late 1980s.

A fascinating exhibition at the EMP Museum charts the rise of grunge music in Washington State and explains the phenomenal success of Nirvana.
Cobain, who was born in Aberdeen, Washington, was tragically found dead in his Seattle home in 1994.
Legendary guitarist Jimi Hendrix was also born in the city and the EMP Museum pays homage to him through an interesting exhibition which charts the movements of the nomadic musician.

A convenient way of exploring the aforementioned attractions is with the Seattle CityPass.
For $74, tourists can enjoy a cruise around Seattle’s waterfront, visit the Seattle Aquarium and Space Needle, avail of a trip to either the EMP Museum or Woodland Park Zoo, and a visit to either Chihuly Gardens and Glass or the Pacific Science Center.

To view the city from a different vantage point, a leisurely cruise around Seattle’s Waterfront is a must.
As part of the CityPass, we travelled with Argosy Cruises on an enjoyable one-hour cruise during which we learned fascinating facts about the city.

However, after braving the upper deck of the cruise ship in bracingly cold weather, I was in need of a warm drink – and in Seattle that means coffee time.
I visited the home of the original Starbucks at Pike Place Market.
Now that Waterford has its own Starbucks in John Roberts Square, I have become partial to a Caramel Macchiato every now and then!

And in Seattle I had ample opportunity to indulge my guilty pleasure as a Starbucks outlet seems to be located around every corner along with numerous rival coffee chains.
After all, being a tourist is thirsty work so a caffeine pick-me up is required every now and then!
Seattle has established itself as a major centre for entrepreneurial business and, as well as Starbucks, the city is home to other well-known multi-nationals such as Amazon and Microsoft.

Another well-known Seattle company is Boeing and a visit to the Future of Flight Aviation Center and Boeing Tour in Mukilteo is a must for flying enthusiasts and plane spotters.
This is the assembly site for a selection of the company’s largest aircraft, including the 787 Dreamliner and visitors can marvel at Boeing’s intricate manufacturing process.

Outside of the building (which is the world’s largest building by volume ) test flights regularly take place.
The Future of Flying Center is located just north of Seattle, but for another day trip outside of the ‘Emerald City’ you could head south to the cities of Tacoma and Olympia.
Tacoma is the birthplace of world renowned glass artist Dale Chihuly who spent time in Waterford as artist in residence with his team in the Waterford Crystal plant.

Incidentally, during his visit to Waterford, Chihuly installed works in both the Upper Garden and the Lower Garden of Lismore Castle.
While Seattle has a museum dedicated to Chihuly (the Chihuly Museum and Glass which can be visited as part of the CityPass), Tacoma has honoured the artist in its own way.
Many of his creations are located in popular public places around the city.
Tacoma has certainly capitalised on the talents of one of its most famous sons, and perhaps Waterford could take some lessons from the ‘City of Destiny’ in terms of how they have promoted their glass heritage?

While I enjoyed copious amounts of coffee in Seattle, I sampled many craft beers in Tacoma.
The city boasts many breweries and a specific brewery trail has been developed which incorporates many of the city’s hip bars.
Nearby Olympia is the capital of Washington State and is also well worth a visit.
Washington was the 42nd State to become part of the Union on November 11th 1889 and the political history of the State can be explored during a tour of the Washington State Capitol Campus which is home to one of the tallest masonry domes in the world.

All three of these cities offer their own individual charms.
Having spent so much time exploring (and drinking coffee) there was no danger that I would be ‘Sleepless in Seattle’ during my visit!
But if you’d like to leave the cities behind and explore the Great Outdoors, then the rest of Washington State certainly will not disappoint.