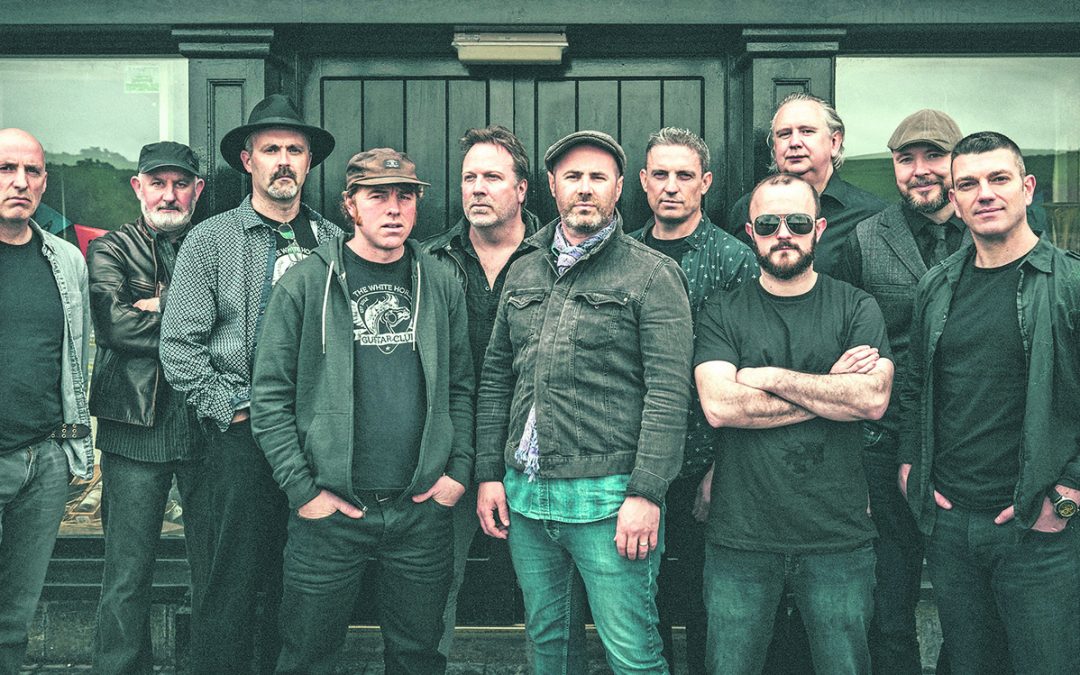 The renowned – and quite spectacular – White Horse Guitar Club are taking their show on the road around Ireland and hit Waterford on Saturday September 14 for an intimate gig at Central Arts. Selling out shows all around the country, White Horse Guitar Club are an eleven-piece band born in the Cork venue The White Horse. They interpret songs of the Americana / Irish Roots songbook in a truly impactful way – think Irish voice choir singing the songs of the deep Southern States, Appalachian Mountains and bring it all back home to the Emerald Isle!
Formed in early 2012, the band evolved from an open club environment into a fully-fledged musical touring group of eleven friends over the past six years; eleven guys drawn from widely varying backgrounds, bound by a common love of playing guitar and singing music that is deeply rooted in the fine tradition of song-writing that flourishes in the Southern states of the U.S. 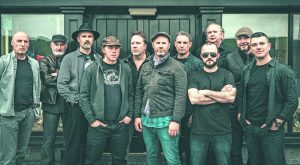 The White Horse Guitar club has performed all over Ireland and Europe over the past seven years, selling out tours in France, Germany, Italy and Holland along with marquee nights on home soil.Opening up on the night are the renowned local duo Liam Merriman and Bill Stuart, a pairing described as ‘a musical match made in heaven’, whose recent cover of ‘The Sound of Silence’ is proving to be something of a viral hit with a beautiful video doing the rounds online.
Guitarist, singer and songwriter Liam Merriman returned from Nashville last year with Acoustic Rivers, his sixth album, under his arm. For this U.S. recording session, he chose to work with just two acoustic guitars and voice. The 13 tracks on the disc include new songs, guitar instrumentals and reworkings of some gems from his earlier catalogue.
On returning home Liam teamed up with guitarist Bill Stuart to work on reproducing the album tracks, as recorded, live on stage. The pair have been playing together since, serving up finger picking acoustic guitar performances at folk clubs and festivals around Ireland and in the UK. Bill’s heavy metal / rock background brings a dexterous and energetic style to the duo’s live performances.
Tickets priced at €15 (booking fee applies) are available now from Ticketmaster or www.centralarts.ie. This is a BYOB event and doors are at 7.30pm with performances starting at 8pm sharp. For more information about this and other events taking place at Central Arts, be sure to check out the Facebook page.