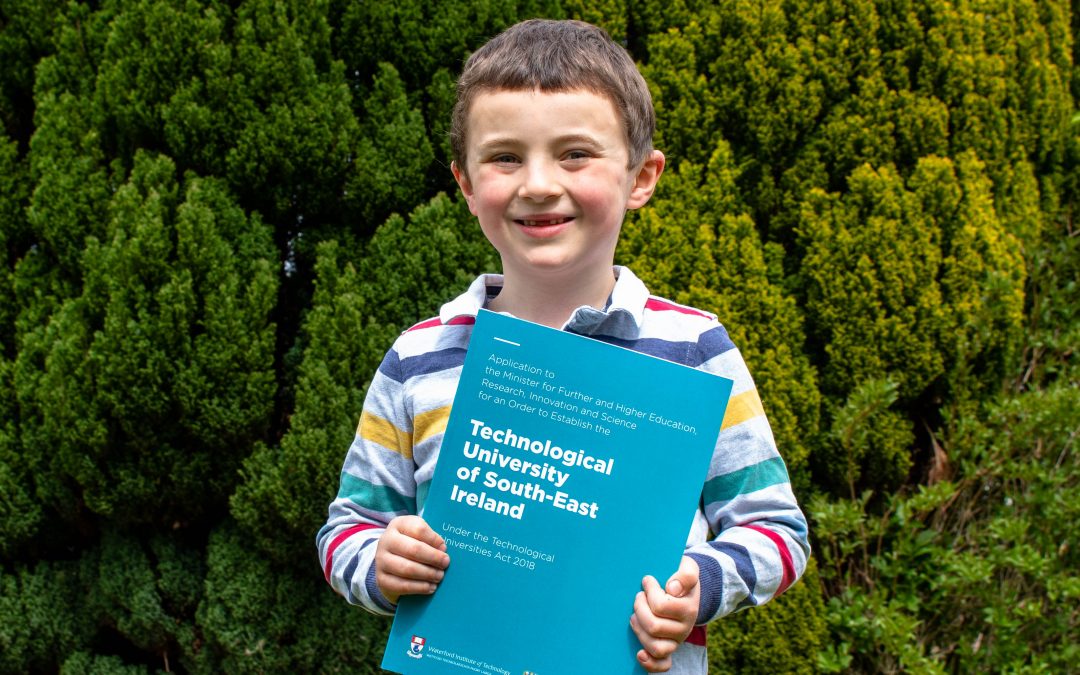 Hopes that it will reverse region’s ‘brain drain’

Newspaper clippings reminding us of Waterford’s long held ambitions for a university may be a less common sight soon enough.

Last Friday’s application by Waterford IT and IT Carlow to Minister for Higher Education, Simon Harris TD to form a technological university for the South East has not come without controversy, particularly surrounding its handling, and will mean Waterford&#39;s hopes for a university based solely in the oldest city remain off the table.

For its supporters, it is viewed as a chance to prevent the brain drain from the region & ‘it will benefit future generations of students and the region’s long-term development’, said Minister of State Mary Butler last week, greeting the news of the application.

“Unfortunately, we are all too familiar with the reality of thousands of students leaving the South East each year to attend university elsewhere, we must do everything in our power to prevent the continued acceleration of this brain drain. Significant capital investment from Government will be required to drive this process and ensure the success of the Technological University in the South East. It’s something I have raised with Minister Harris and I understand that he is strongly committed to getting this project across the line.”

The minister himself said that he is “strongly committed to capital investment” in the proposed technological university, adding that his officials are in ongoing engagement in relation to campus development plans across Waterford, Carlow, and Wexford.

On this, Senator John Cummins said he is aware that Minister Harris wrote to WIT president Professor Willie Donnelly in April, &quot;further expressing his commitment to investment in the future TU for the South-East. The Minister also noted the requirements set out by Waterford and Carlow IT under the recent review of the capital development plan in his letter, the Fine Gael senator said. 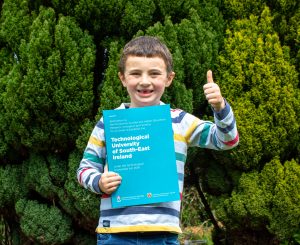 6-year-old Lar from Bennekerry, Co Carlow, a potential future university student at what will be the south east’s first university.
Lar holds a copy of the application document sent to the Minister for Further and Higher Education, Research, Innovation and Science Simon Harris, T.D. on Friday, 30 April 2021 for Waterford Institute of Technology and Institute of Technology Carlow to become a technological university. Photographer: Shaun Dowling

Mr. Cummins is also hopeful that a working group appointed by WIT to acquire land, enabling the campus to expand, will have success.

“Following my request, the Minister confirmed at a meeting of South-East Oireachtas members that officials from his department would collaborate with WIT regarding this process and I look forward to this progressing. It is not yet known whether the working group is examining the former Waterford Crystal site in Kilbarry, with more details still to emerge.”

The new entity, which is as yet unnamed by has the working title of TUSEI (Technological University of South East Ireland) will be established by 1st January 2022 if successful. Speaking last Friday, Minister Harris acknowledged the “decade of debate” to bring the colleges to this point.

“The South East is the only region without a university. After a decade of debate and effort and a massive amount of work over the last while, that’s about to change.”

It is planned that over the lifetime of the National Development Plan, substantial investment will be required across various locations to address under investment in facilities and this investment includes the vision of a larger TU campus footprint in the South East.

In a communication to staff and students, the presidents of the institutes, Prof. Willie Donnelly, and Dr. Patricia Mulcahy, expressed their confidence in the success of the application.

The email said: “Our confidence is based on the hard work of our staff and students in the years since this project was first mooted, and especially the very intense effort put in by you in the past year or so.”

Staff, the presidents noted, while under unusual pressure due to the pandemic “rose to the occasion and made that extra effort in working groups and other activities to bring us to this point.”

The submission of the application to the Minister starts a process which will include a review by a panel of international experts. The board of the Higher Education Authority (HEA) will consider the panel’s report, and report to the Minister, who after consideration of both reports will make a formal decision.

The Minister is now required to appoint an advisory panel to assess the application and to be furnished with their report in due course, the views of the Higher Education Authority on it and any other relevant information considered relevant before making his decision. It is the fourth application for TU designation to be made by a consortium of Institutes of Technology.