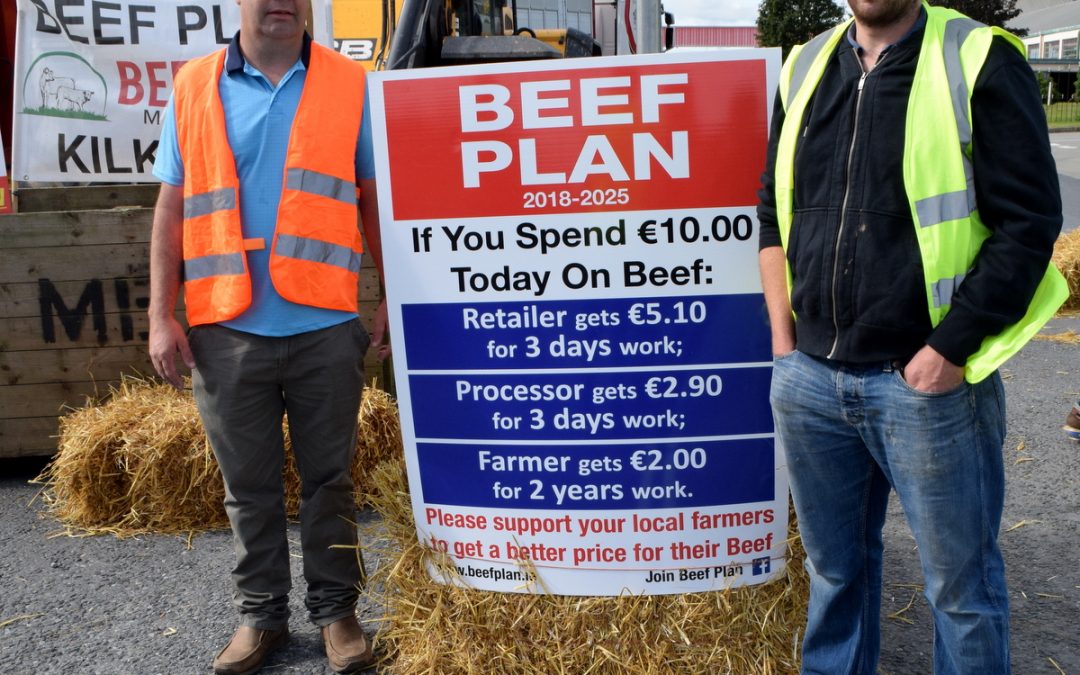 Eoghan Dalton Reports
Farmers have mounted pickets of local beef factories as part of a nationwide stand against price reductions which they say have left them at breaking point.
The Ferrybank beef plant owned by ABP Food Group and Dawn Meats in Grannagh, Co Kilkenny were targeted.

Farmers came from across the locality to support the pickets including Kilmacthomas, Mullinavat, Lismatigue, Stradbally, Kilrossanty, East Waterford, Cappquin and Lismore.
The core reasons behind the protest rest in the economics of beef farming in 2019.
It is estimated that beef and suckler farmers currently take a 20 per cent financial cut off each animal but spend an extensive amount of time readying that animal before it reaches dinner tables.
In leaflets passed around at the pickets, farmers used the example of beef worth €10. The retailer will get over half that figure and the processing factory will see a return of €2.90.
However the Beef Plan Movement, the grassroots group which has campaigned on this issue for several months, says the retailer and the factory will have spent less than a week combined readying the beef for sale, meaning the beef farmer sees a return of €2 despite beef taking two years to prepare.