WATERFORD’S Joint Policing Committee (JPC) held a Community Safety Networking meeting in the Large Room at City Hall on Monday of last week.
This informal event was aimed at facilitating discussions amongst local groups and organisatons with a view to further improving and coordinating their activities.
Various types of networking schemes which can help create safer communities were discussed e.g. Map Alerter, Neighbourhood Watch, Community Alert and Text Alert schemes etc.
CEO of Waterford City & County Council Michael Walsh explained that the JPC hoped to improve safety for all of the people of Waterford.
“The current JPC structure was working well but we now have an opportunity to come together and see how it can work even better,” he said.
The Waterford JPC includes members of Waterford City & County Council and the Oireachtas, Council Executive, Garda Siochána and the Public Participation Network.
The purpose of the Joint Committee is to develop greater consultation, co-operation and accountability between An Garda Siochána, the local authority and elected members, with the participation of the community and voluntary sector, in the management of policing issues.
Mr Walsh highlighted the importance of community involvement in the work of the JPC and the work of Waterford City & County Council in general. 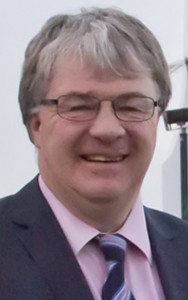 “We couldn’t do our work without community involvement,” he said.
“Our work is entirely dependent on the response of the community in a whole host of activities.”
He said communities were coming together and responding “in their own practical way” be it involvement with the Tidy Towns or any of Waterford’s numerous festivals.
“There are a whole host of people right across the city and county who are contributing,” he said.
A large number of members from An Garda Siochána were present at the meeting, with the force reiterating its commitment to supporting community based schemes and projects.