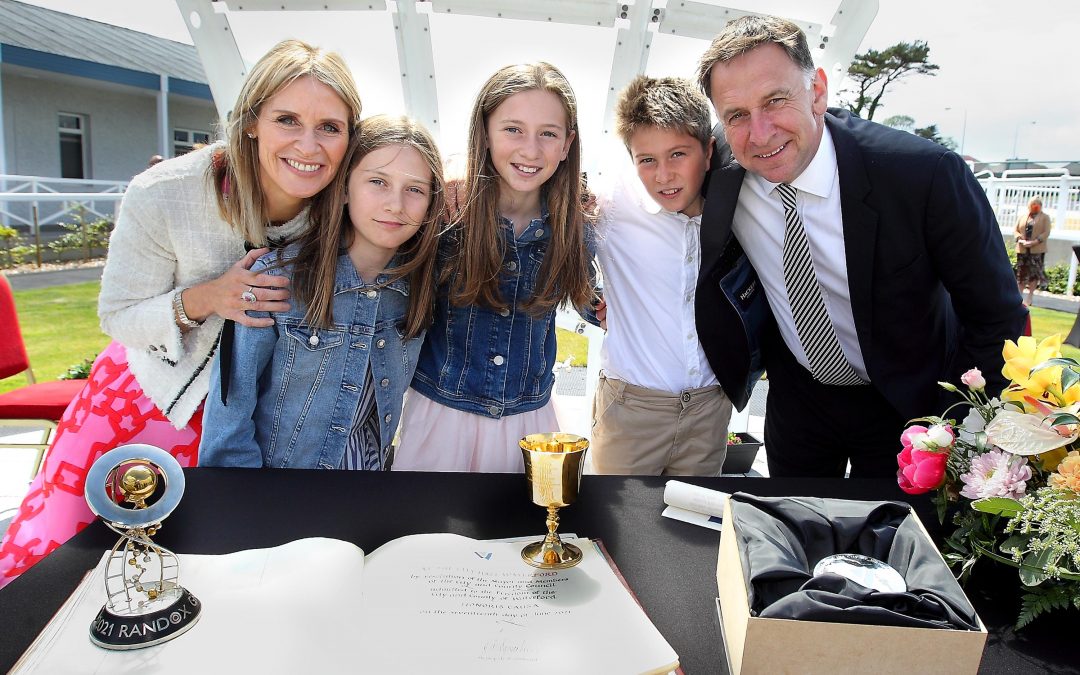 It was a joyous occasion at Tramore Racecourse on Thursday afternoon as the Freedom of Waterford was formally conferred upon local horse trainer Henry De Bromhead.

It has been a remarkable 2021 for the Knockeen-based trainer, who trained six winners at the Cheltenham Festival in March, which included an unprecedented Holy Trinity of the Champion Hurdle (Honeysuckle), Queen Mother Champion Chase (Put The Kettle On) and Cheltenham Gold Cup (Minella Indo).

De Bromhead’s meteoric successes continued at Aintree in April when Rachael Blackmore led Minella Times to victory to become the first female jockey to win the race, while De Bromhead also had the second placed horse via Aidan Coleman and Balko Des Flos. 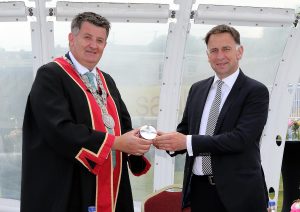 The Mayor of Waterford City & County Council, Cllr.Damien Geoghegan, presenting Henry de Bromhead with the Freedom Box to mark the occasion of his conferring of the Freedom of Waterford at a ceremony held in Tramore Racecourse on Thursday last.

Mayor Geoghegan outlined the reasoning for bestowing the honour upon the trainer.

“Freedom of the oldest city in Ireland is an honour, which for more than three centuries has stood as a mark of recognition of a person’s place in society and of their contributions to life in Waterford – Henry’s contributions to Waterford and the field of horse training and racing certainly marks him out as a worthy recipient of this honour. Henry de Bromhead is today not only one of the leading trainers in Ireland but in world racing and has achieved enormous success from his base in Knockneen, Butlerstown, Co. Waterford.”

Geoghegan read out a letter he had received ahead of the event from Sir Mark Prescott, one of the trainer’s former mentors.

“How good it is to know how Henry is so appreciated at home,” Prescott wrote. “At Heath House, we bask in his reflected glory. He is a credit to his sport, his family and his country, and anyone who doubts that need only listen to his interviews.”

Mayor Geoghegan spoke of how De Bromhead spent time at Coolmore Stud before taking over Knockeen from his father Harry, and training his first winner at Tramore on New Year’s Day, 2000. 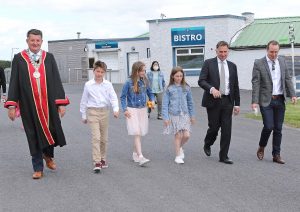 The Mayor of Waterford City & County Council, Cllr.Damien Geoghegan and Senator John Cummins are pictured walking into the Freedom of Waterford Ceremony at Tramore Racecourse with Henry de Bromhead and his children, Jack, Georgia and Mia.

“Winning your first Grade One race in 2008 with the famous Sizing Europe, you have gone on to have success not just in Ireland but across the UK, culminating in an amazingly successful 2021 Cheltenham meet, where you claimed an unprecedented 6 races. Your current stable jockey, Rachael Blackmore, made history in April 2021 becoming the first woman to win the Aintree Grand National, therefore seeing the de Bromhead stable win the four most prestigious national hunt races in the same season. An amazing achievement that is unlikely to be repeated. Henry, you have represented Waterford and indeed Ireland on the sporting stage with distinction. I am delighted to be Mayor at a time when your achievements, and those of your stable are being recognised.”

“This year, despite the ravages of a global pandemic and all the difficulties that brings, Henry scaled new heights and set new records and standards within the sport, which in all probability will never be repeated. His achievements as a trainer place him at the very pinnacle of a highly competitive and unpredictable sport, and a most fitting person to be afforded the Freedom of Waterford City.”, said Cllr. O’Sullivan. 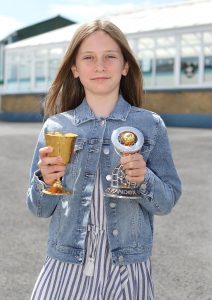 “Henry joins a small but exclusive list of Waterford sportsmen who have been granted the Freedom of Waterford, and today his name will be added beside the likes of athlete John Treacy and cyclist Séan Kelly on the Freemen’s Charter Roll. I once heard it said that “dreams do not become reality through magic; they take sweat, determination and hard work” Henry, you and your team are an inspiration to us all in this regard, and I have no hesitation in seconding this motion for our city’s highest civic honour to be bestowed on you.”

De Bromhead was overwhelmed and humbled at the decision to confer him with the honour, and paid tribute to the team at Knockeen, his family and of course – his horses.

“All I can say is it’s an incredible honour, and I’d like to thank Mayor Geoghegan and all the Waterford city and county councillors for this. I’m lost for words really. It’s just an incredible honour and, when you hear the history behind it, it’s amazing.”

“I’m part of a team, so obviously none of this could have happened without them. I’m receiving it on behalf of my wife Heather and everyone at Knockeen, both human and equine. The achievements we have achieved couldn’t be done without them, so it’s down to their hard work at home. The support and goodwill we receive from people from Waterford, wherever I go, is incredible. I just feel very lucky to be one of them.”

De Bromhead was joined  by wife Heather and their three children as well as close family, with representatives from the various parties on Waterford Council paying tribute to his achievements. 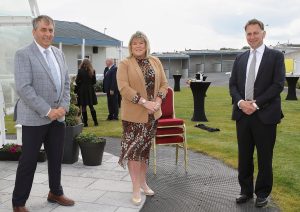 It has proved another great week for the 48-year-old, who also sent out 9 more winners in the past fortnight.