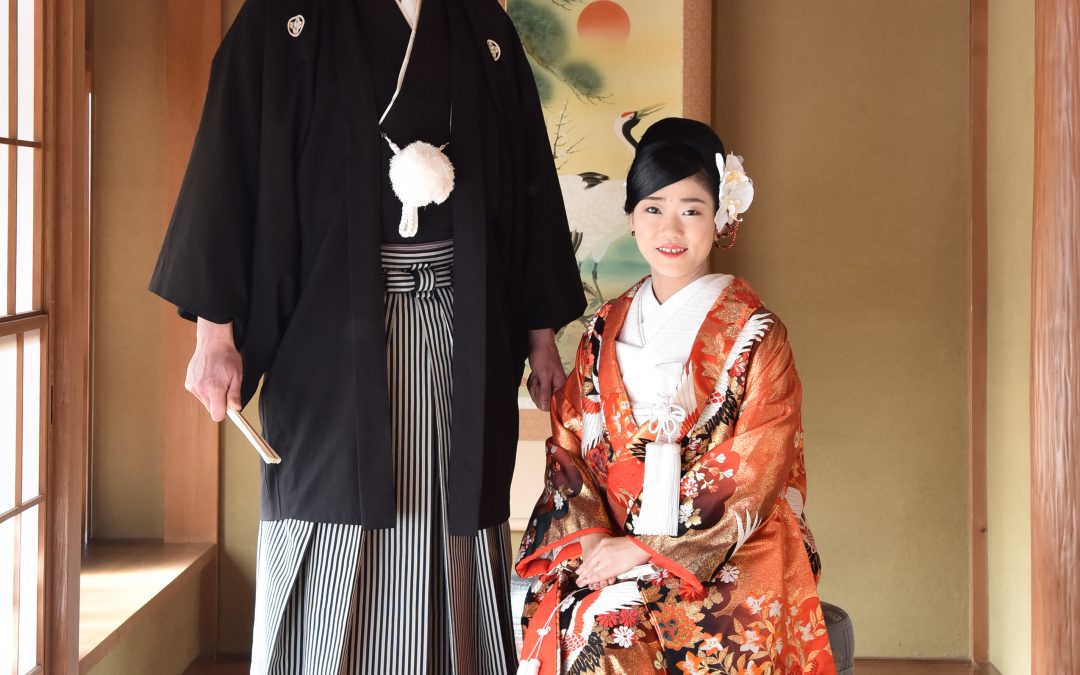 A great story of romance blossomed after a Japanese visitor came to the Lafcadio Hearn Gardens a few years ago. The couple are now married and we met them recently in Tramore and they told us their romantic story.

Keith Guinan was born in County Waterford in 1986. After school he went to Wales to study Fine Art Sculpture in West Wales College of the Arts. Upon returning to Ireland, he found himself unemployed as the country was in the midst of a recession. He managed to find a house to rent in Tramore, and after living there for a few years, he was able to secure a job placement as a tour guide at the Lafcadio Hearn Japanese Gardens on the Community Employment programme.

This would be a pivotal moment in his life, as he used his experience in deconstructing art to understand the philosophy of the gardens. He also developed a strong appreciation of Lafcadio Hearn himself, especially the supernatural tales which he wrote. Keith continued to develop his understanding of Japanese culture through his job, and through meeting many Japanese people along the way.

In 2017, he met Ayuko Moriya, great-great granddaughter of Lafcadio Hearn. After speaking briefly during her one day in Tramore, they stayed in touch through the internet and social media.

Ayuko was born in Chiba, Japan in 1987. Her academic experience is primarily focused on Jewellery design, and she has a part-time freelance business that recycles components from musical instruments and reimagines them as jewellery. She has also created jewellery using origami techniques that are now on sale at the Lafcadio Hearn Japanese Gardens. 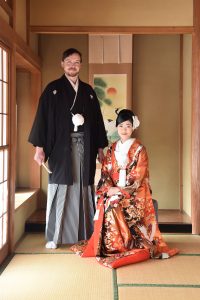 Keith and Ayuko pictured on their wedding day.

She learned about her connection to Lafcadio Hearn when she was already in her twenties and had endeavoured to retrace his footsteps around the world when she next got a chance. It was on this journey that she arrived in Ireland, spending a single day in Tramore.

She then travelled to America and Canada before returning home to Japan. She made the decision to travel to Ireland once again on a working holiday, but this time for a full year. By this time, she had become friends with Keith, and he offered to let her stay rent-free in his spare room during her stay. When she arrived in Tramore, she settled in well, and over time, she and Keith fell in love.

As her stay in Ireland was temporary, they were facing a lot of sadness as the departure date approached. It was then that they decided to get married as soon as possible. As fate would have it, the next opportunity would be in Japan in November 2019, and a date was quickly set. Some bad luck would mean that they were separated for a number of months as Covid-19 restrictions meant that Ayuko couldn’t follow Keith to Ireland until July 2020.

When Ayuko finally arrived, she began to contribute to the community, volunteering at the gardens regularly and meeting guests who are fans of Lafcadio Hearn’s work. Unfortunately, due to rental prices increasing and the ongoing housing crisis, their future in Tramore is in doubt as their rented home will be sold to be used as holiday accommodation for tourists. This means that they will most likely need to move on from Tramore, uncertain of what the future holds – much like Ayuko’s ancestor did over 150 years ago.

Keith’s mum was Anne Corkery before she got married and she comes from Kilmacthomas. His father Dermot Guinan grew up in St John’s Park. His uncle is Larry Guinan, although Keith says there are no hurlers in his immediate family. 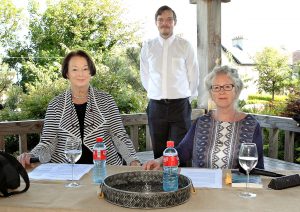 Keith grew up in Furraleigh which is not far from Mahon Falls. He attended Fews National School. In contrast, Ayuko grew up in Tokyo which is almost the opposite to his childhood.

“We didn’t experience a lot of legal difficulties getting married, but it was a long drawn out process, and a lot of paperwork,” Keith explains. “Many documents needed to have officially certified translations so it just added extra steps along the way. Nothing too bad. The wedding was just outside Tokyo on 27 November 2019. It was a ceremony mainly based on Shinto traditions, including a drink of Sake at the end. Only Ayuko’s family were present as the wedding was very short notice and I didn’t expect all my family and friends to go to Japan without any advanced notice. But it gave us a reason to have a second celebration here in Ireland.”

Keith speaks a  basic amount of Japanese but learning it will now be a lifelong process.