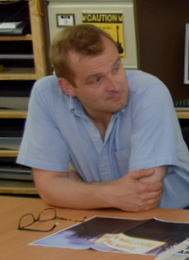 The Minister charged with making the case for directly elected Mayors in Waterford and Cork has conceded that he and Fine Gael could have ‘pushed a bit earlier and harder’ to get the proposal over the line. Speaking to The Munster Express, Minister of State and Ferrybank-based TD John Paul Phelan said: “Anyone who is responsible for any proposal has to carry a responsibility for it and I know that falls on me in this instance.” He added: “The fact that the vote was so tight makes does make the result even more disappointing. You’re only talking about 700-odd votes here which means, essentially, we only had to persuade 350-odd people to vote the opposite way from what they did. And it was a desperately close margin in the end.”

The slim margin between victory and defeat in the Plebiscite was hardly a ringing endorsement for the Mayoral status quo being maintained either, according to the Minister.
“It wasn’t a significant endorsement one way or the other, let’s face it, when you’re talking about a margin which in percentage terms, I presume is less than one per cent,” he said. “You’re talking about people probably not being happy enough with the status quo and then whether they weren’t happy with the proposal or didn’t know enough about the proposed change, well that’s probably what’s been reflected in the (voting) figures.”
Regarding the promotion of the campaign, Minister Phelan admitted that an additional push from the Government might have got this issue over the finish line. “I think when you have a margin as tight as this was, then of course you would feel in hindsight that more could well have been done. It’s like losing a game by a point. You’d always what if we’d to do X, Y or Z how much of a difference that would have made. It would be no secret that, internally within Fine Gael in Waterford just as it was in other parts of the country, everybody wasn’t in favour of the proposal. But in saying that, Councillors are entitled to their own position too. But sure, I would say that perhaps Fine Gael could have done a bit more, but a point I made (on WLR) last week was that whether we could have done more or not, at least we actually had any semblance of an official campaign. In fairness, I would say that David Cullinane of Sinn Féin did endorse the proposal, very late in the day, admittedly, but still made his position clear. But the rest? I didn’t see any activity really one way or the other for the rest.”
At the campaign launch in Cork, Minister Phelan stated that a €10 million Local Government Fund (repeated on the eve of the plebiscite on WLR by Tánaiste Simon Coveney) would account for the new mayoral office budget. However, this message didn’t appear to permeate with voters with sufficient heft prior to polling day. The Minister stated: “Maybe if I’d made this point more than I did it could well have swayed a few voters alright but the situation in relation to referendums and plebiscites meant that the official documentation couldn’t contain anything that’s political in terms of comment and the fund was in that particular territory, which is why that information was not in the booklet. The comments I initially made were the bones of two months ago and I repeated them a couple of days, indeed weeks in a row on WLR too. The plebiscite itself was very much in third position in terms of any coverage that we’d have been receiving across all local media because of the Local and European Elections so that probably didn’t help. I obviously couldn’t get involved at all with the Committee that was doing the booklet as that information had to be non-political and straight down the line…but perhaps it could have been pushed by me or by others a bit earlier and a bit harder.”
Meanwhile, Waterford City & County Council has clarified its position in relation to the distribution of information booklets regarding the plebiscite, which hundreds of households across the city reportedly did not receive prior to voting.
In a press release issued on Friday evening, Kieran Kehoe, the Returning Officer for both the Local Elections and the Plebiscite stated: “There has been much media and public commentary regarding the distribution of leaflets relating to the Directly Elected Mayor plebiscite, with suggestion that the executive of Waterford City and County Council deliberately or otherwise failed to distribute leaflets to all households.” He added: “For the avoidance of doubt this Council would wish to clarify that it had no involvement whatsoever in the delivery of leaflets to households. The committee established to oversee the plebiscite information campaign agreed that the Department of Housing Planning & Local Government (DHPLG) would take full responsibility for the delivery of the information booklets to all the households across the three Local Authorities rather than the individual authorities so doing. Following a competitive tendering process, the DHPLG appointed a company to deliver the booklets across the three Local Authorities. “ Mr Kehoe concluded: “Waterford City & County Council were not responsible for the tendering, award or performance of this contract