Worries over lack of Waterford Airport board meetings 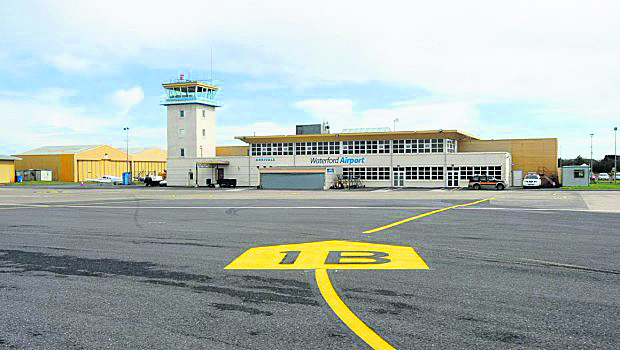 Eoghan Dalton Reports
While the planning application for the runway extension at Waterford Airport is due to be submitted this week, concerns have been raised that the airport’s board has failed to meet for over half a year.The Government approved €5 million in funding for the extension of the airport’s runway last year, with the remainder coming from private investors.
However, Councillors have flagged that discussions with the investors and stakeholders have not been completed.
Cllr Jim Griffin (SF) who became a board member last summer, told last Thursday’s meeting of the City and County Council that there hasn’t been a meeting since he and Cllr Jody Power (Green) were elected to it. “It’s eight months now since the May elections and we have not had one meeting with the board.”Former board member Cllr John Cummins (FG) said he understands that groundworks will begin at the airport in June. 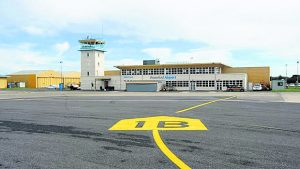 However, he asked Waterford Council CEO Michael Walsh about negotiations with the airport’s private investors.“Are the issues in relation to the investors and the various different future relationships and shareholdings for the airport at an advanced stage or resolved at this point?”
Michael Walsh replied: “There are still remaining issues to be sorted out there – including obviously an AGM and all that goes with that – but there are still issues that are being worked on. They have to be resolved in the next five to six weeks I would think.”
Planning application
The CEO added that the planning application for the runway extension will be submitted this week.In December the Minister for Transport Shane Ross said everything was on target for the extension of the runway at Waterford Airport.
At the time Waterford Minister of State John Halligan said there was no issue surrounding the conditions of the €5 million capital funding for the runway extension.
There had been calls for flexibility by the Department in relation to the Airport being able to demonstrate that the project can be delivered for the estimated amount of €12 million.
Among the private investors involved in the project are Noel Frisby, Dawn Meats Group, Glanbia plc, Coolmore Stud, Stafford Wholesale Ltd and entrepreneur Conor McCarthy of the Leadmore Investment Company.