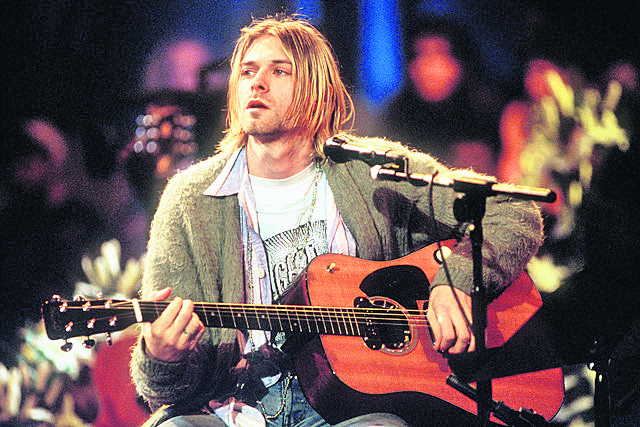 It’s been said that some famous people generate more money dead than alive and a classic example of that surfaced last week when a cigarette-burned, old cardigan once worn by Kurt Cobain sold for close to €300,000 at an auction of rock memorabilia held at the Hard Rock Cafe, New York. 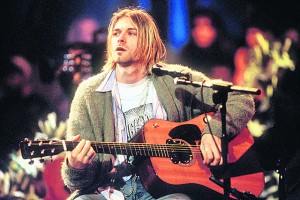 Cobain wore the green cardigan during Nirvana’s MTV’s Unplugged show, filmed a year before his death in 1994. His custom-made Fender guitar sold for roughly the same amount. Think of it, that’s well over half a million for an old cardigan and guitar because of whom they once belonged to. Cobain’s wife, Courtney Love obligingly wrote an accompanying letter of provenance, saying the guitar was one of her husband’s favourites.
Mind you, we shouldn’t be surprised because there is a growing trend of big money being paid for rock memorabilia. Three years ago at an auction of Beatle possessions, John Lennon’s Gibson J-160E guitar fetched $2.4 million while the drum-head (outside skin on the bass drum) featuring the Beatles logo and played by Ringo Starr on the Ed Sullivan Show went for $2.05 million.

A Fender Stratocaster guitar played by Jimi Hendrix at Woodstock fetched $1.3 million at auction while the charred remains of a Stratocaster he set on fire on stage went for just under half a million dollars.