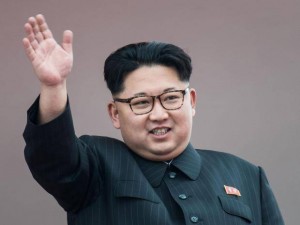 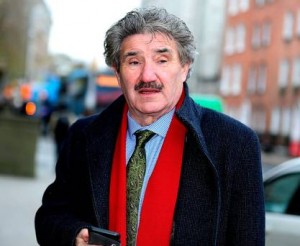 North Korea’s Supreme leader, Kim Jong-un, has agreed to invest in excess of €20m in Waterford Regional Airport in a deal put together by Waterford TD, John Halligan and his Dáil colleague, Minister for Transport, Shane Ross.
Deputy Halligan has had cultural contacts with North Korea for some time and, earlier this year, was criticised for attempting to mediate in a war of words between Kim Jong-un and President Donald Trump.

The North Korean investment money will be used to extend the runway and other associated works at the Airport in return for use of the facility for five years as a training base for North Korean commercial pilots.
The current operations of the Coastguard 117 Rescue Helicopter will not be affected.
After five years, the much-improved airport will be capable of facilitating passenger jet aircraft and will be handed back to the directors with no strings attached although there is also provision for an extension of the training programme.
Agreement was reached between the two sides on Sunday with North Korean Premier, Pak Pong-ju, flying into Waterford from Paris aboard a private Gulf Stream jet aircraft.
Before he signed the memorandum of agreement, Mr Pak Pong-ju, was shown the existing facilities at the airport and, together with members of the airport board and Council officials, walked the ground where the runway extension will take place.
It is expected the government will sign off on the deal at a cabinet meeting on Thursday.

As well as no interference with Rescue 117 neither will there be any restrictions on current business and recreational aircraft using Waterford. The Rescue Helicopter will always have take-off and landing priority but there may be some small delays at certain times for other users.
In a statement, the North Korean Premier confirmed that only civilian pilots would be trained at Waterford and that there would be no military involvement.
Both Deputy Halligan and Minister Ross told The Munster Express they believed it was a good deal for Waterford Regional Airport. However, there were some dissenting voices. Councillor Davy Daniels said he had reservations about our neutrality and asked how we would know whether the pilots were civilian or air force personnel.
Senator Grace O’Sullivan also voiced a number of concerns about the project. She wanted to know just how many trainees would be involved and what kind of aircraft would be used. She also said she would be opposed to any night training on noise pollution grounds because of the proximity of households in Tramore and Dunmore East.