Not a good idea to target elderly

Sometimes I am mystified how governments get all excited about ‘new ideas’ that are clearly contentious and bitterly resented by the general public as soon as they are announced.The latest plan to fix the housing crisis is to persuade elderly people in houses they have lived in most of their lives to up-sticks and move into smaller accommodation. They will, say officials, offer financial incentives to facilitate the moves starting with those living in council homes before moving on to people living in private property.
If this plan comes to pass what they will really be doing is bullying and worrying older people who don’t need that kind of stress in their so-called golden years. 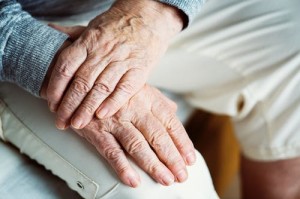 Next to bereavement, moving home is one of the most stressful things that can happen to people of all ages. It is especially physically and psychologically taxing for pensioners and, let’s not forget, it’s also stressful for their families.Even if it means that some couples or individuals are rattling around in properties too big for them for a few years, so what? It would appear that successive governments have been coming up with all sorts of plans and schemes to solve the housing crisis when the real answer is to do what was done in the 1950s and 1960s and quickly build local authority houses that have proper services including public transport.If it could be done in the past it could be done in the present and those new builds should take into account that a large part of the housing list comprises single adults. For a variety of reasons there will be some people who would welcome downsizing and that’s fine but the rest should be left alone and not harangued. PS: Pensioners are one of the most active sectors of society when it comes to voting. Politicians should remember that – at their peril!