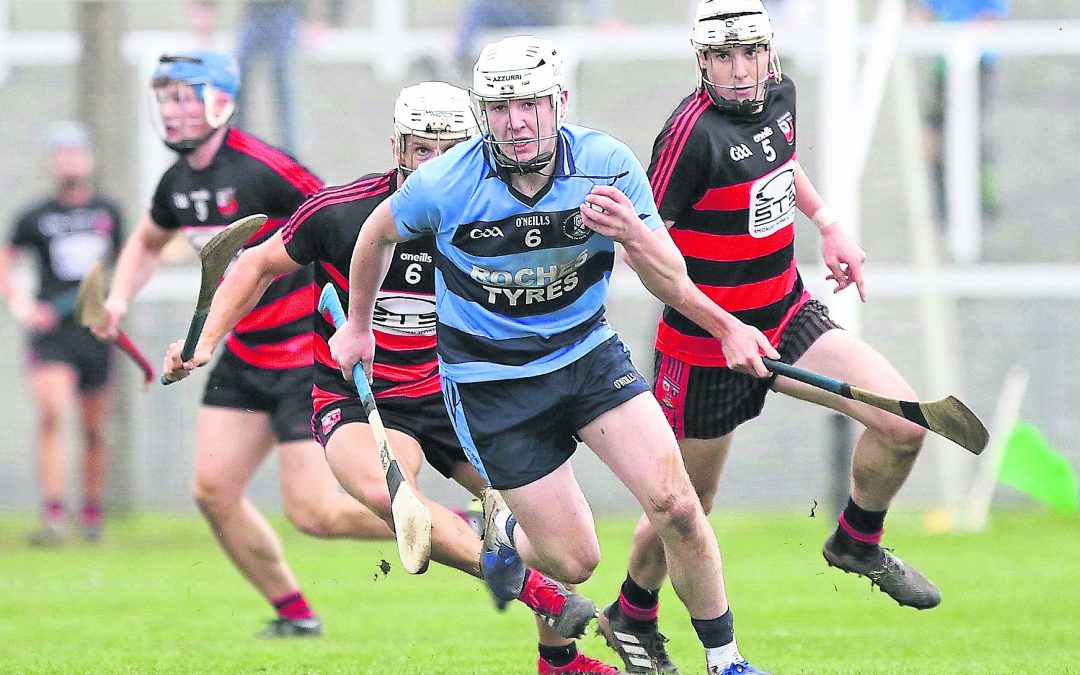 County Intermediate Hurling Final
Ballysaggart 1-19
Ballygunner 1-16
Brian Flannery Reports
Ballysaggart for the first time in their history are Waterford intermediate hurling champions after a hard fought but merited three point victory over Ballygunner at Walsh Park on Saturday afternoon last.
A sparklingly performance from goalkeeper Michael Ryan together with a virtuoso performance from the Bennett brothers paved the way for this maiden victory. Michael Ryan produced some outstanding saves while Stephen, Kieran and Shane Bennett all came up trumps for the Western champions when the game was on the line over the closing stages.The opening half lacked the anticipated intensity from two well matched sides.
Both teams struggled to find their rhythm in a free ridden opening thirty minutes of action. Respective free takers Stephen Bennett and David Walsh were prominent in the early play with the sides’ level on four occasions in the opening quarter, 0-6 each with 15 minutes on the clock.
Ballygunner appeared to be gaining the upper hand with a splendid Cormac Power point and another David Walsh free putting Darragh O’Sullivan’s second string two points to the good. However on 21 minutes veteran Eugene O’Brien, in unfamiliar surroundings at full-forward, latched onto a loose ball in front of goal before whipping the sliotár to the back of the net at the Keanes Road end, 1-6 to 0-8.
Kieran Bennett landed his first of four points shortly after to increase the ‘Saggart lead to two points.
With half-time looming David Walsh sent Kevin Mahony through on goal however goalkeeper Michael Ryan produced a magnificent diving save to turn the ball past the post and out for a 65.
Walsh pointed the resulting placed ball but late points from Stephen and Shane Bennett sent Ballysaggart up the tunnel leading 1-9 to 0-9 at the break.
The pace and standard increased immeasurably on resumption. 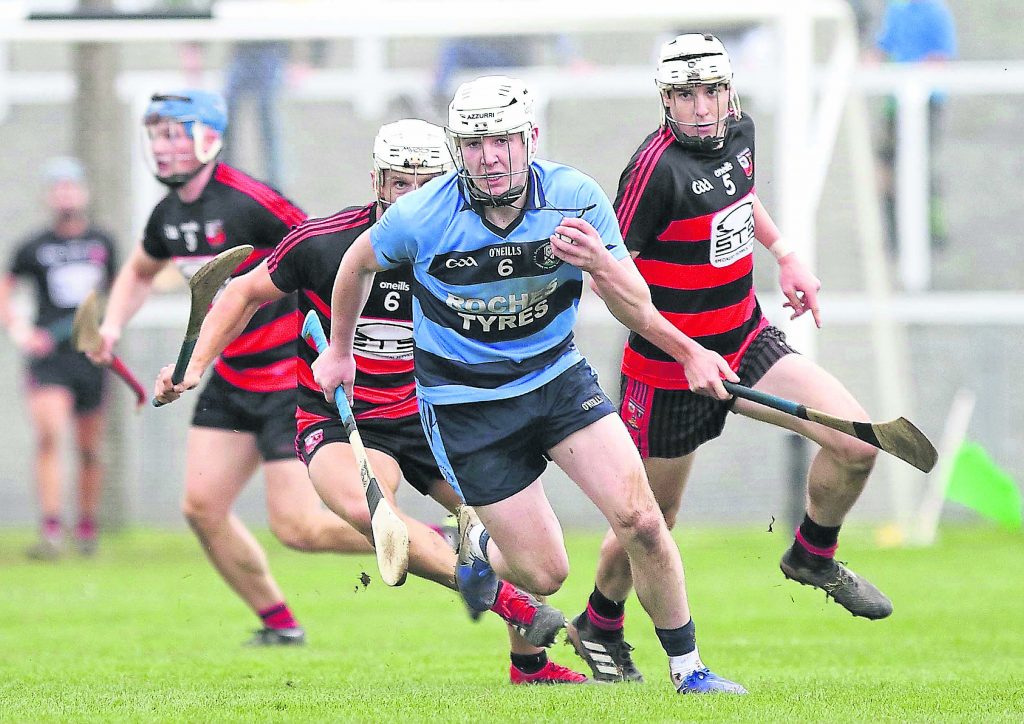 Stephen and Kieran Bennet again bisected the posts for early second half points with another stunning white flagger from Cormac Power in reply for the Eastern champions as Ballysaggart nudged their advantage to four points 1-11 to 0-10 after 36 minutes. Ballygunner’s short passing game was beginning to get traction and three points in three minutes from David Walsh (f), Cormac Power and Kevin Mahony narrowed the margin to a single point after 40 minutes. Ballysaggart then managed three on the bounce themselves from Stephen Bennett, Ronan Walsh and an increasingly influential Kieran Bennett, 1-14 to 0-13. Shane Bennett, now operating in the number fourteen position narrowly kicked wide when he looked almost certain to goal. With the momentum appearing to shift in the direction of the underdogs from the west, Ballygunner scored a now much needed goal.
Stephen Power benefited from David Walsh’s solo to shoot the net at the second attempt after his initial close-in blast was parried by Michael Ryan, 1-14 to 1-13 after 46 minutes. Moments later Stephen Power was again bearing down on goal but the ‘Gunners had to settle for a David Walsh pointed free after Power’s progress was illegally halted, 1-14 apiece with just 11 minutes to play. Cometh the hour, cometh the Bennett brothers.
With the game on the line Stephen Bennett (3), Shane Bennett and Kieran Bennett all landed points in succession to leave the eventual winners leading by five points with normal time in the rear view mirror.
Cormac Power saw his late dipping angled drive superbly deflected to safety by Michael Ryan.
Ballygunner did hit two late pointed frees in injury time but the clock expired on their comeback effort.
Stephen Bennett was deservedly awarded the man of the match with Kieran Bennett, Michael Ryan, Shane Bennett and goal hero Eugene O’Brien all making huge contributions for Ballysaggart who will ply their trade in senior ranks for the very first time come 2020.Cormac Power was outstanding for the vanquished with Shane O’Kennedy, David Walsh and Stephen Power all showing up well for Ballygunner.