County Junior ‘B’ Hurling Final
Erin’s Own 2-11
An Rinn 0-17
Noel Browne Reports
Erin’s Own and An Rinn will replay their County (B) Junior Hurling final after the sides played out an exciting draw at Walsh Park on Sunday last. A Kevin O’Neill goal in the last of the three minutes of injury time gave Erin’s Own another shot at winning this final.An Rinn started brightly and were ahead after two minutes with points from Billy Breathnach from play and a CiaránTóibín free.Erin’s Own opened their account with a Sean Keogh point in the third minute and were level a short time after when Jamie Knox put over a great long-range point. 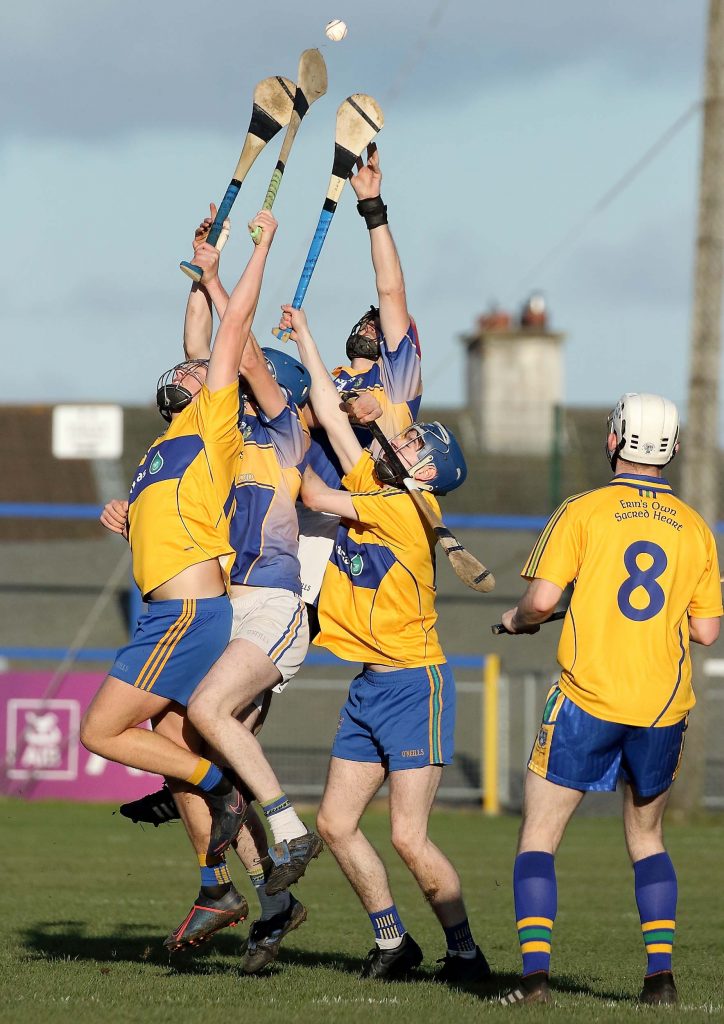 Further points were swapped by An Rinn’s Gearoid Breathnach and a Sean Keogh free for Erin’s Own. With 10 minutes playedit was obvious that neither team was going to run away with this game.
Points from An Rinn’s Michéal Ó Floinn and Billy Breathnach were matched by points from Erin’s Own Mark Kennedy from a free and a James Kennedy point from play had the team’s level 0-5 each after 20 minutes.
An Rinn edged ahead through a Michéal Ó Floinn point but Erin’s Own responded with two quick points from Mark Kennedy and Matthew O’Connor to move ahead by a point.
As half-time beckoned An Rinn went on a three point scoring spree with points from two CiaránTóibín frees and a Gearoid Breathnach point from play to take a two-points advantage (0-9 to 0-7) to the half-time break,
Erin’s Own began the second half in the ascendency and a Mark Kennedy free and a goal from James Kennedy after 35 minutes gave them a two-points lead. Gearoid Breathnach kept An Rinn in touch with another pointed free in the 36th minute. From the 40th to the 46th minutes points were swapped by An Rinn’s CiaránTóibín and Corey de Róiste and two pointed frees from Erins Own’s John O’Keeffe.
An Rinn then hit a purple patch with points from Gearoid Breathnach in the 46th minute and three points from two Ciarán Tóibín frees and a ‘65 to put them in the driving seat, Erin’s Own answered with a Sean Keogh free but again An Rinn’s Billy Breathnach scored a great point from play to put his side three points ahead in the second minute of injury time. It was all hands-on deck when Erin’s Own were awarded a long range free in the very last minute of injury time and unbelievably Erins Own’s Kevin O’Neill was on hand to flick the ball to the back of the An Rinn net to send this game to a replay.