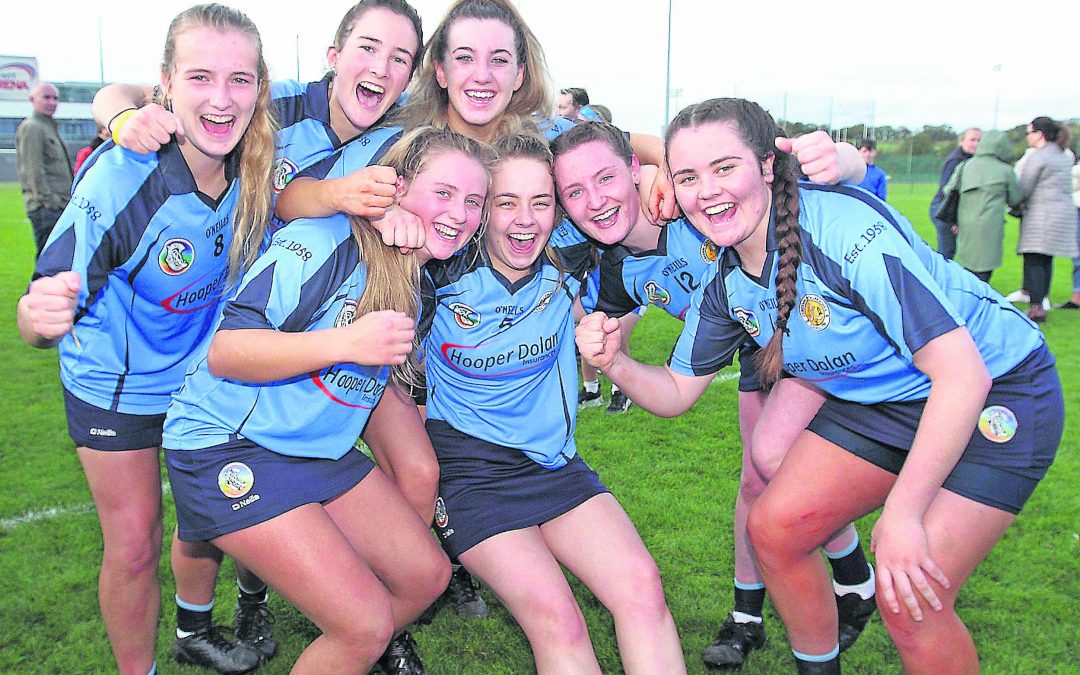 Hooper Dolan Insurances Senior Camogie Final
Gailltir 2-17
Cappoquin 0-4
A record crowd of 1,500 watched Gailltir retain the senior camogie title with a resounding 19-point win on Saturday afternoon. The result was never in doubt as the blue and navy cruised to back to back championships. The long serving Aine Lyng proudly accepted the county cup for the first time in her career. The large Cappoquin contingent that travelled to Carriganore had little to cheer about as they trailed by thirteen points at half time. 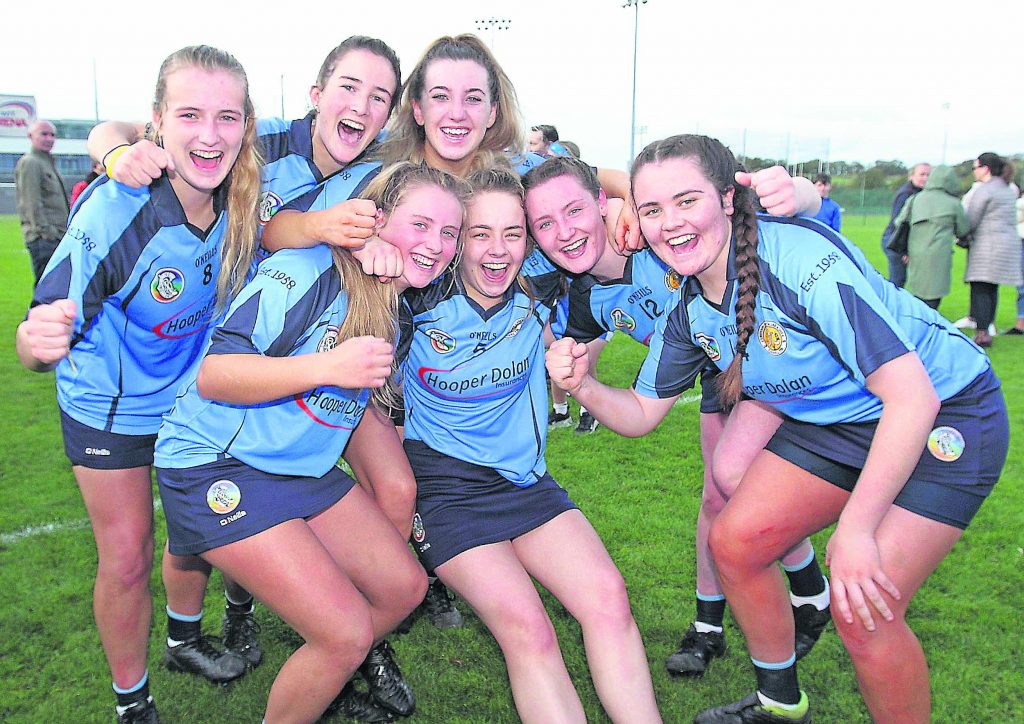 Dreaming of a first senior success since 1957, it took them 21 minutes to have a shot at goal as they couldn’t get past player of the match Patricia Jackman, Emma Hannon and Clodagh Carroll in the Gailltir half back line. It’s three years since Jackman started a county final but she was a rock on that right flank. Nothing went past her as she faced down Cappoquin captain Jenny McCarthy in the first half. She also landed three wind assisted frees from long range.
Behind her, full backs Aine O’Keeffe, Margo Heffernan and Claire Dunne didn’t give an inch.
Their opponents didn’t score from play until the 59th minute. In front of her, midfielders Kate Lynch and Shauna Fitzgerald were full of running as they contributed to attack and defence.
Main markswomen Annie and Aoife Fitzgerald fired 1-8 between them. Aoife’s goal on 26 minutes meant there was no way back for Cappoquin. Lyng played through the pain barrier. She carried a knee injury into this final but survived seventeen minutes at full forward. In a Peter Canavan move by Gailltir management, she returned to the field five minutes from the end and a late, late goal was the icing on the cake.
Lyng won the toss and elected to play with the breeze towards the dressing room end. They took full advantage of it as the scoreboard read 1-11 to 0-1 at half time. Laura Green had an early attack for Cappoquin but she was penalised for steps by Liz Dempsey. Ciara O’Sullivan opened the scoring in the third minute when she struck over after a Jackman free broke kindly. Aisling Power was next to take too much out of the ball and Jackman punished with a conversion from 60 metres. Lyng added a point and, when she was fouled by Sinead O’Brien in front of goal, Annie Fitzgerald tapped over the resultant free. Four nil after seven minutes.
Jackman and Kate Lynch increased that to six by the end of the first quarter. Tracey Kiely saved from Emer Walsh as balls rained down on top of her. Charlotte Connors made two goal saving tackles.
The leaders lost Aine Lyng but it didn’t matter as Jackman and Fitzgerald obliged with three further frees. In the 21st minute, a Jenny McCarthy effort dropped short into Gailltir goalkeeper Ciara Jackman. Her first touch of the final. Five minutes later, they drove the final nail in the Cappoquin coffin when Ann Corcoran and Emer Walsh set up Aoife Fitzgerald who pulled to the roof of the net (1-9 to 0-0).
Cappoquin finally worked the scoreboard in the 29th minute when Aisling Power slotted a free. Shauna and Aoife Fitzgerald hit back with points on the stroke of half time.
The third quarter was uneventful apart from a mighty Jackman catch. Power converted another free within 40 seconds of the restart. Gailltir kept the foot down with Clodagh Carroll giving a towering second half performance. Three Annie Fitzgerald points and one each from Shauna and Aoife and sub Leah Sheridan padded the lead out to eighteen. Tracey Kiely, Cappoquin’s best player, stopped certain goals from Emer Walsh and Roisin Flood. McCarthy and Power notched consolation points. Lyng returned to the field for a late cameo and three minutes into injury time, she crashed the ball home.