Munster Senior Club Hurling Final
For only the fourth time in the 55-year history of the Munster Senior Club Hurling Championship teams from Waterford and Tipperary meet in the final this coming Sunday when holders Ballygunner take on Borris-Ileigh.
The Tipperary champions recently won their first county championship since 1986, and only a seventh in the club’s history which goes back to the early days of the G.A.A. as the club was founded in 1886, two years after the G.A.A. got off the ground in nearby Thurles. 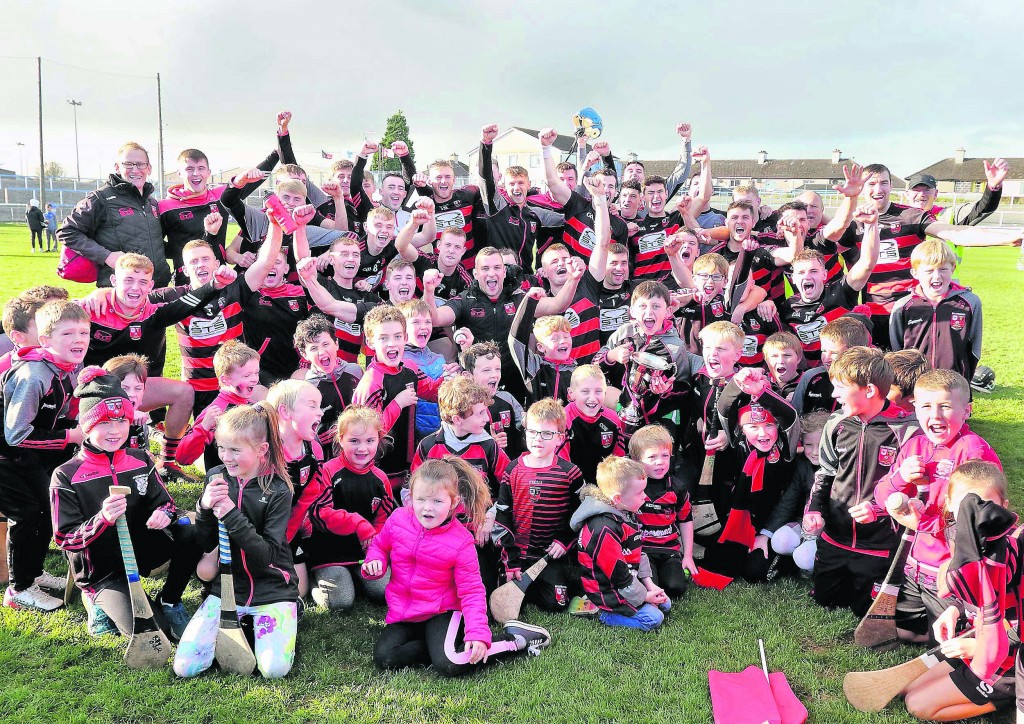 In the three previous shoot-outs between the two neighbouring counties in a Munster Final, the champions of Tipperary have won on all three occasions. Carrick Davin’s beat Ballygunner 2-17 to 1-11 in the 1966 final at Cusack Park in Ennis while in more recent times Toomevara beat Mount Sion in the 2004 final at Thurles on a 1-14 to 1-13 score line while Thurles Sarsfields proved too strong for De La Salle in 2012 on a 1-21 to 1-16 score line at Pairc Uí Chaoimh.
Ballygunner go into this game as the more experienced outfit. In the competitions history they have represented Waterford no fewer than 18 times while for their opponents this coming weekend it is only the fourth ocassion they have represented Tipperary in the competition.
They appeared in the final three times between 1981 and 1986 and went on to win the All-Ireland final in the 1986 championship beating Rathnure from Wexford in the final on a 2-9 to 0-9 score line.
While Ballygunner are the more experienced of the two, it would prove very foolish to underestimate the challenge that Borris-Ileigh will pose.
Brendan Maher at centre back might be the player that will stand out to most. The 30-year-old school teacher, who has captained Tipperary in recent years, has won a host of honours with club and county, with three North Tipperary championships and one county championship with his club.
Away from the maroon and white shirt of Borris-Ileigh, Maher helped Mary Immaculate College to win the Ryan Cup, the second grade of third level colleges hurling in 2009 and in the blue and gold of Tipperary he has collected five Munster titles, three All-Irelands at senior grade, as well as two Minor and Under 21 Munster Championships and one All-Ireland in both of these grades.
In total he captained his county to five of these successes, and has also won three All-Stars, the Young Hurler of the Year Award in 2010 and was named on the Sunday Game team of the year on two occasions.
But it would be foolish to think that the Tipperary club is all about just one player. Full back Paddy Stapleton was a regular with the Tipperary senior hurlers for many years, Dan McCormack is part of the present Tipperary senior hurling set up, while players like James McCormack in goal, the full forward line of Kevin Maher, Jerry Kelly and James ‘JD’ Devaney are all quality hurlers as is Tommy Ryan in the middle of the field where he would be expected to partner Dan McCormack.
What can be said of Ballygunner that has not been said before? They are unbeaten in championship hurling in this county since losing the 2013 county final to neighbours Passage. Last year they won what was only a second Munster Final crown which is something that will be a disappointment to the club as they know they could and should have won more provincial titles.
They then drew the short straw in getting paired with Ballyhale Shamrocks in the All-Ireland semi-final, a game that they Kilkenny outfit won 1-15 to 0-13, not a bad result when you consider that the Kilkenny club went on to win a second All-Ireland club final in four seasons on Saint Patrick’s Day this year. Ballyhale Shamrocks are arguably the best club team in the country in recent years, but Ballygunner will feel that they are capable of better. Just six of the side that started in the game against Ballyhale Shamrocks are likely to start in the same position this time around, with 12 of last year’s team likely to line-up from the beginning.
The Gunners look to be a better balanced team this year, looking very strong up the middle of the field with Stephen O’Keeffe in goal, Ian Kenny at full back, Philip Mahony at centre back, new comers Paddy Leavy and Conor Sheahan in the middle of the field with Pauric Mahony and Tim O’Sullivan leading the attack, while players like Eddie Hayden, Billy O’Keeffe, Shane O’Sullivan, Barry Coughlan, Barry O’Sullivan, Michael Mahony, Peter Hogan and Dessie Hutchinson filling the positions on the wings and in the corners.
Dessie Hutchinson has made a huge impact since his return from Premier League outfit Brighton. He is in fine form all year with the Gunners and could very well figure in Liam Cahill’s plans for 2020.Ballygunner are favourites to advance and while Munster finals are never easily won, if the Gunners bring the form they have displayed all year to the game they should be good enough to book their place in the All-Ireland semi-final in January against Galway champions Saint Thomas’.