All-Ireland Club Senior Hurling Semi-Final
(Ballygunner v Ballyhale Shamrocks,
Semple Stadium, Saturday, 5pm)
Brian Flannery Reports
Waterford and Munster champions Ballygunner resume their quest for a maiden All-Ireland club title this Saturday at Semple Stadium where they face Leinster title holders Ballyhale Shamrocks.
It’s over two months since Ballygunner shot down the challenge of Na Piarsaigh in the Munster Club final on Sunday, November 19th and will be interesting to see how they have managed this ‘winter’ break.
Conditions are difficult this time of the year and while Semple Stadium has one of the best surfaces in the country it certainly showed some winter wear and tear after the Waterford/Offaly National Hurling League game and with the Tipperary footballers playing there last Sunday, it’s unlikely to have recovered too much since.
Playing under lights at evening time is a test in itself although the same for both sides. That said the venue which is a second home to Waterford teams should be an advantage with Ballygunner having annex their second Munster crown on the hallowed Tipperary turf. 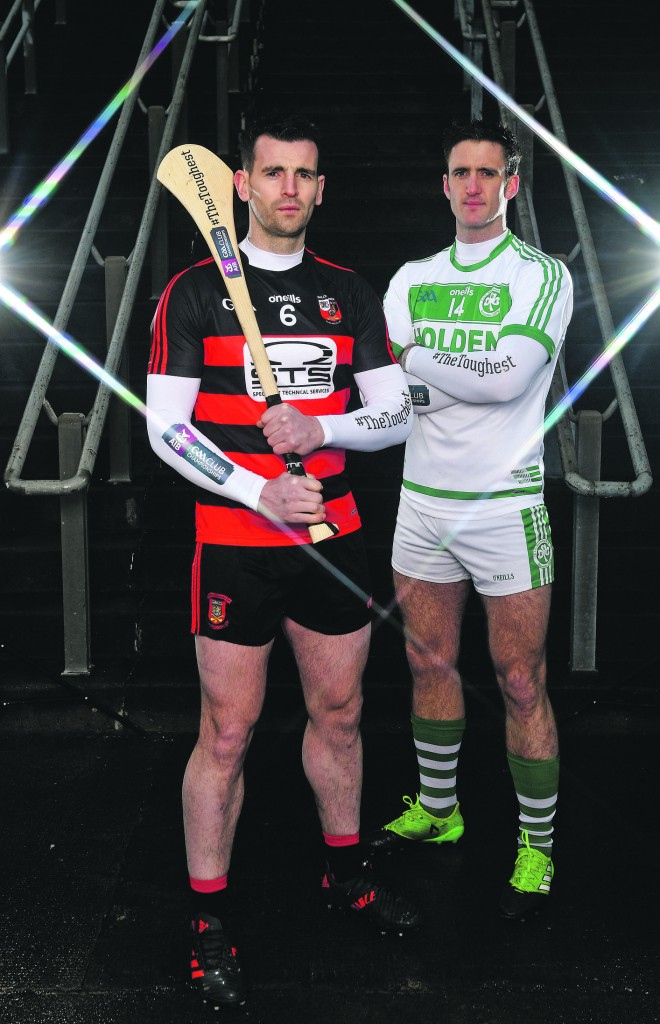 I’d expect Ballyhale Shamrocks under the management of former Great Henry Shefflin may have snuck into Semple for a run a round in preparation.Semi-finals are often nervous affairs with the Big Prize within touching distance but the penultimate step is frequently the most difficult.Back in February 2002 Ballygunner lost to Galway champions Clairnbridge at the same stage with Birr going onto to win the title that season. The John McIntrye-managed side survived the sending off of corner-back David Spellman after 37 minutes to go on and beat the Gunners by four points (1-15 to 2-08) on a damp day in Thurles.
This Ballygunner team certainly have the requisite talent to prevail against any opposition. Stephen O’Keeffe is a former All-Star goalkeeper that revels on the big occasion. Barry Coughlan may have stepped away from the county panel but remains a pivotal cog in the Ballygunner machine with able assistants in Ian Kenny and Eddie Hayden beside him for company. Wayne Hutchinson, Philip Mahony and Harley Barnes allow very little to pass with Shane O’Sullivan and Billy O’Keeffe covering an amount of ground in defence and attack.
Pauric Mahony leads on the forty and is a sure fire match winner for the Waterford champions. Peter Hogan’s reputation continues to ascend with each outing while Barry O’Sullivan adds much needed ballast to the Gunner’s attack. Conor Power has been a goal machine all season with Brian O’Sullivan another man for the occasion. Tim O’Sullivan and JJ Hutchinson may well share game time for this game with both capable of making valuable contributions.
Fergal Hartley now also has another ace in reserve with the return the panel of David O’Sullivan. The multi-talented former county man gives his manager a major option in both defence and attack and may well play a key role before games end. Ballyhale have had an impressive run to this stage and go in search of a remarkable seventh All-Ireland title. They were impressive in beating Bennettsbridge in the County Final and were much too good for Ballyboden St Enda’s in the Leinster Final. The Kilkenny kingpins too have many potential match winners throughout their line-up. Joey Holden, Michael Fennelly, Richie Reade, TJ Reade and Colin Fennelly form an impressive spine to Shefflin’s outfit. Former Kilkenny minor Adrian Mullen is often spoken about as the next big thing along Noreside with Eoin and Brian Cody also able deputies beside their better known stars.
This is Henry Shefflin’s first year as manager and he’s already favourite to inherit the county job should Master Cody ever decide to step aside. However in Fergal Hartley he will find no novice with the Ballygunner man having the clear advantage in managerial experience. And what ultimately makes a good manager? Good players. I expect small margins to decide this one though.
Ballygunner have survived a couple of close shaves already along the way and with Patrick’s Day now within touching distance I anticipate a herculean effort from the McGinn Park boys.
Best of luck to our champions in their quest for All-Ireland glory